Ethiopia Skate is Making an Impact on African Culture

Ethiopia is known for being in Africa, being in poverty,…and skateboarding?

The country relies on agricultural for more than half of it’s economy and agriculture provides nearly 80% of the jobs, however, sever drought conditions coupled with the previous corrupt regime of Mengistu Derg resulted in the country being one of impoverish in the world.

But aside from the bleak picture that the media once portrayed, Ethiopia formed a stable government in the late 90’s with open trade, which has led it to having one of the fastest growing GDP’s (Gross Domestic Product… the monetary measure of the market value of all final goods and services produced ) in the world.  The contemporary landscape of Ethiopia today is a developing country with incomplete infrastructure, constant construction, and the perils of poverty from the old regime, but despite all these factors Ethiopians have taken hold of skateboarding culture.

Because of the demographics in Ethiopia, it’s no surprise that skateboarding is popular. Compared to the United States who has an average median age of 37, Ethiopia’s is 18 so it’s easy to see how the sport could entice a younger crowd, but nonetheless, being that Ethiopia is so under developed, it’s amazing to see how the sport is thriving.

Here in the US, there are skateparks in almost every state, an abundance of paved ground, and skate shops to get new equipment when parts ware out…all of these things are what one would think is necessary to cultivate skateboarders and skateboarding culture,  but Ethiopians have made due without the latter. 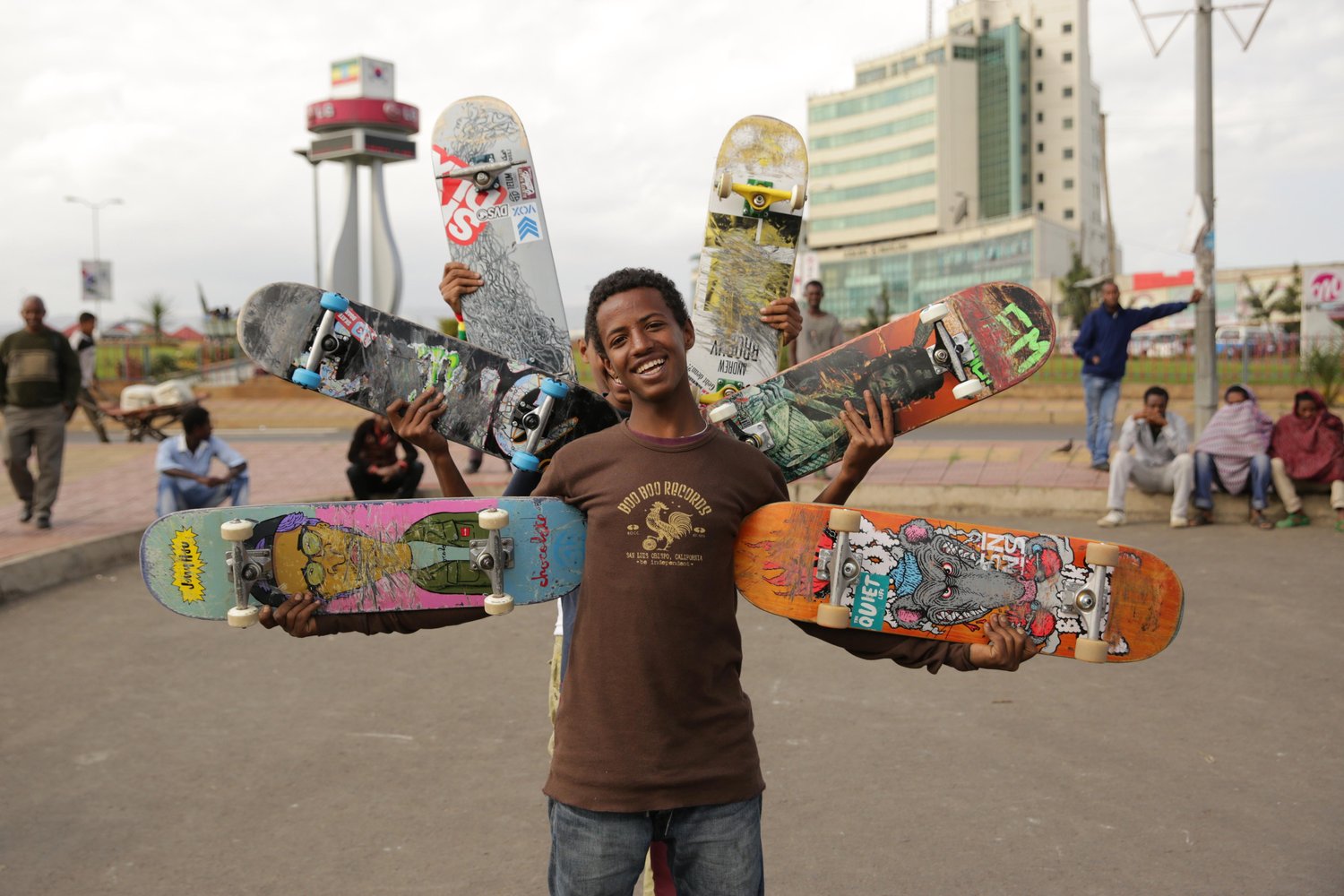 The scene has thrived strictly through donations and the support base among the skaters, namely the organization Ethiopia Skate as of more recently. Essentially these Ethiopian kids were able to pick up skateboarding by sharing equipment, videos, and enthusiasm, which demonstrates a pure love for the sport unrivaled by anywhere else.

As the sport continues to gain influence, the support of crowd funding and public policy have started laying the way toward advancing Ethiopia’s skate scene.