The road to stardom just got a whole lot tougher.

Rapper Kyle Harvey, better known mononymously as Kyle, leads a hip-hop star-studded cast in this hilarious Netflix Original Film, The After Party, about an artist trying to make it big in the current age of technology and social media. The movie was produced by WorldStarHipHop.com founder Lee “Q” O’Denat and is dedicated in his memory as he sadly passed away in January of 2017.

Aspiring rapper Owen (Kyle) and his childhood best friend turned manager, Jeff, want nothing more than to make it big in the music world. When a chance encounter with a record label producer’s assistant leads to a once in a lifetime opportunity for them, Owen is ecstatic to have his dreams come true. However, this immediately comes crashing down when, during an on-stage performance at an exclusive party, he violently throws up all over Wiz Khalifa and has a seizure. Becoming a viral internet sensation practically overnight, it appears Owen’s aspirations have hit a dead end. With a deadline quickly approaching, Jeff has only one night to secure a record deal for Owen or say goodbye to his best friend and their celebrity dreams.

This film follows the simple formula of “how bad could things get in one night” with comical results. Owen and Jeff’s friendship and the way they seem to balance each other out is almost comparable to the iconic duo of Kid & Play from House Party, with Jeff being the more outspoken and determined out of the two of them and Owen being the more level-headed yet sometimes pessimistic one. This dynamic works out well throughout the story as Jeff tries desperately to secure a record deal for his friend no matter what happens, while Owen seems more focused on making the best of where the night takes them in general.

Several Hip-Hop icons make appearances throughout the film in either supporting roles or playing as exaggerated versions of themselves. This includes Teyana Taylor, who plays as an exotic dancer named Bl’asia. Other noteworthy cameos consist of artists like French Montana, DJ Khalid, DMX, and Desiigner. Jordan Rock, one of Chris Rock’s younger brothers, plays Bernard, the assistant who gets caught up in the duo’s shenanigans. 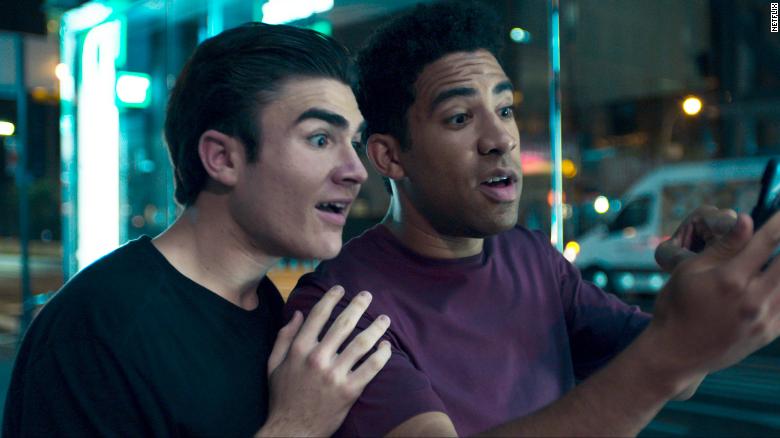 The After Party is a great flick for those with a love for buddy comedies and an appreciation for hip-hop music and culture.