Is It That Good or Is Everyone Tripping ? The Popularity Behind the New Popeyes’ Chicken Sandwich

On August 12th, 2019, popular fast-food chain, Popeyes, known for their deluxe and mixed flavor fried chicken, delicious mashed potatoes and convenient fried wedges, announced the launching of the new Popeyes’ chicken sandwich, which led many Americans into a frenzy and also to the drive thru’s of many Popeyes’ restaurants around the country.  Now, the main question is, what is the hype behind this chicken sandwich and why is everyone going all out for one chicken sandwich?


One serving of the new Popeyes chicken sandwich is 480 calories, 15 grams of fat, and 33g of protein, but for people who are just waiting in the drive-thru before heading home after work, who really cares?

The new chicken sandwich has put many folks in a frenzy all over the country and created even more of a bigger trend on social media. From hilarious memes and videos on Instagram and Twitter, to even celebrities and comedians putting their most hilarious input of the hype behind the chicken sandwich.

What I found most interesting and actually very funny is the comparison of this Popeyes’ chicken sandwich madness to the “The Fried Chicken Flu” episode of The Boondocks back in August of 2010. The synopsis of this episode is that Robert Freeman, aka Granddad and his grandson, Riley, saw a commercial while sitting in their living room, that KFC was now introducing a special type of chicken with 13 spices. Once they’ve heard that KFC was having a new type of chicken on the menu, they headed straight to KFC to try the new chicken. However, the line was so long that KFC employees told them that there wasn’t any more chicken left on the menu.

Like some people today, because of how popularize this chicken sandwich is and how many people want to try it and noting the fact the chicken sandwiches will be sold out quickly, it would infuriate customers to the point that they would even fight employees to get the sandwich. Crazy right?


“Hello? These fools ran out of chicken” as I quote Riley Freeman in the episode, calling the police to inform them that KFC had ran out of chicken, shortly following a very upset customer who decides to drive into the KFC exchange and causing havoc.

“I want my motherf**king chicken, my babies want motherf**ing chicken!”, as the lady said in the episode, pleading that they need the chicken as soon as possible.

When I tell you that episode was hilarious?! It was honestly an episode to remember. However, on a serious note, isn’t it ironic that this episode of the Boondocks that came out roughly 10 years ago, can be so relatable to this current excitement among customers over this Popeyes’ chicken sandwich? 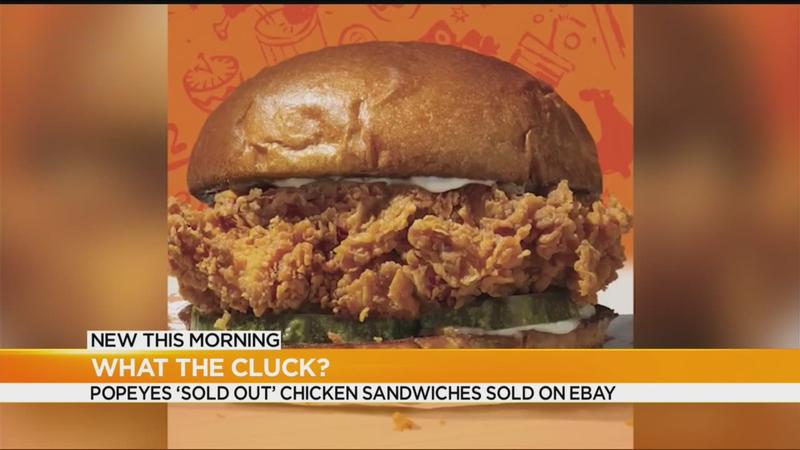 What are your thoughts? Do you believe that the chicken sandwich is a great marketing idea from Popeyes’ to keep the longevity of their fast-food chain or do you think that conspiracists may take the Huey Freeman approach in analytically researching the recipes of this chicken sandwich to see if it may be addictive? I know it sounds ridiculous to some, but you never know.

Please feel free to comment and express your deepest thoughts. We value your opinion as always! #TRU