The BET Awards was a spectacular night with the top names in R&B, Pop, Rap and Gospel.  Known for celebrating the best in the entertainment industry and black culture, this year’s show was nothing less than impressive with Saturday Night Live funny lady, Leslie Jones, leading the way.

The night kicked off with an explosive performance by Bruno Mars and his full band.  The pack crooned and glided across the stage to “Perm” adorned in matching Hooligans jerseys. 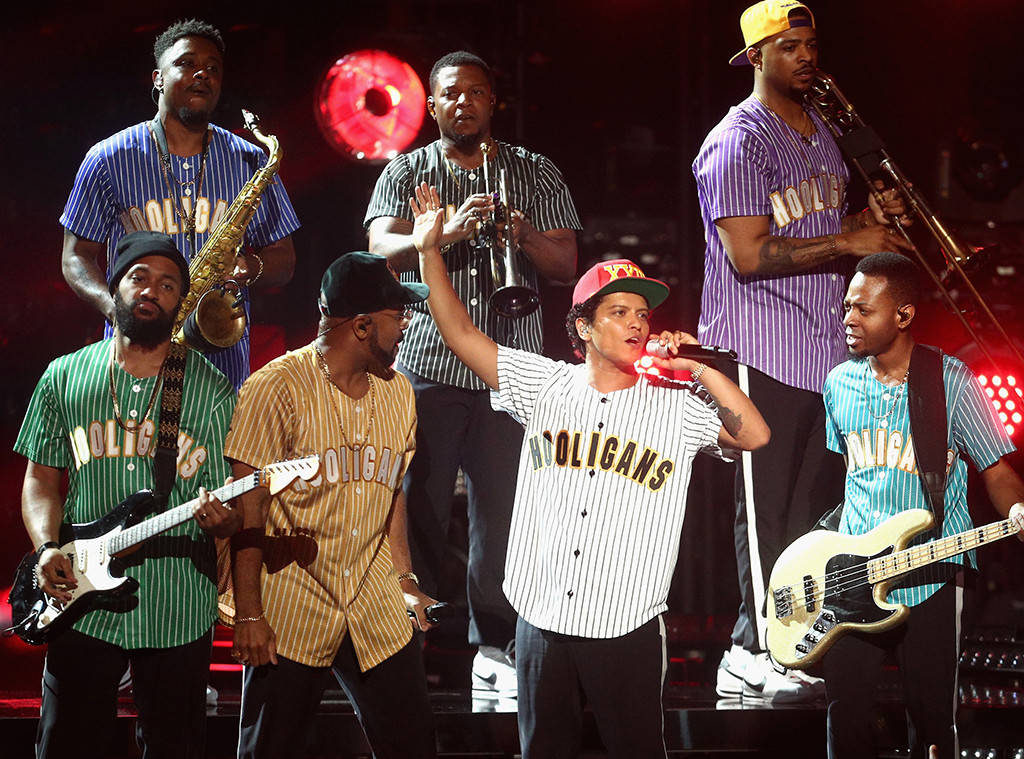 Xscape, the 90s girl group featuring Real Housewives of Atlanta star, Kandi Burress, and Tameka “Tiny” Harris, delivered some of their hits. The quartet just recently reunited, making the BET performance their first in several years.  They’re set to take the stage at the Essence Fest this weekend.

The most celebrated performance of the night was the New Edition tribute for their Lifetime Achievement Award.  The cast of the biopic miniseries, The New Edition Story, took the stage to tell the success of the wildly popular boy band. Upon receiving the award and announcing an upcoming tour, New Edition quickly changed into all white ensembles and hit the stage to perform some crowd favorites (“Can You Stand the Rain”, “Candy Girl” and “Mr. Telephone Man”). 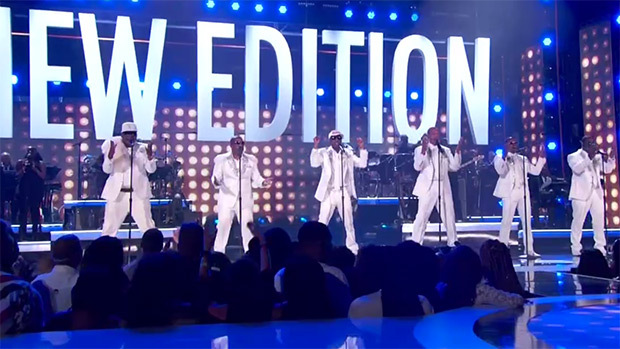 Throughout the night, many other stars took the stage.  French Montana, Trey Songz, Chris Brown, Post Malone, Big Sean, Khalid, Jessie Reyes, Tamar Braxton, Maxwell and SZA all performed.  Mary J Blige was joined by A$AP Rocky. Kendrick Lamar appeared for some bars on Future’s “Mask Off”, while Chance the Rapper, DJ Khaled, Lil Wayne and Quavo all joined in on “I’m the One”.

The long-awaited and highly coveted award, Best Female Rapper, ultimately went to hard-hitting Bronx rapper, Remy Ma.  Recently dethroned seven-time Best Female Rapper award winner, Nicki Minaj and Remy Ma have been in a cut-throat rap beef. Upon accepting her award, Remy Ma spit some bars from her Plata O Plomo track, “Spaghetti”. “I just wanna say, ‘Y’all bitches got fat while we starved/Shots in your ass, pads in your bras/Y’all some liars it ain’t no facts in your songs/And yeah that crown is coming back to the Bronx,”. Was she adding fuel to the fire ? 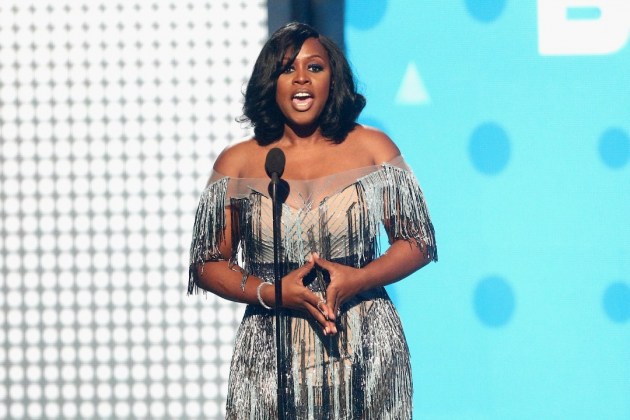 The most memorable award of the night was the presentation of the BET Humanitarian Award to Chance the Rapper, the youngest recipient to date.  Among a myriad of humanitarian celebrities, former First Lady, Michelle Obama, sent a video message highlighting the 24-year-old’s work with Chicago’s children and his generosity to the Chicago Public Schools.  Common and Jesse Williams also joined in on the congratulations.

Another year of black excellence, culture and history has been celebrated. Below is a full list of the winners.

Video of the Year

Solange – “Cranes in the Sky”

Video Director of the Year

Bruno Mars & Jonathan Lia – Bruno Mars “That’s What I Like”

Album of the Year

A Seat at the Table – Solange

CeCe Winans – “Never Have to Be Alone”

Fantasia Feat. Tye Tribbett –”I Made It”

The Birth of a Nation

Sportswoman of the Year Award

Sportsman of the Year Award

Fantasia – “Sleeping With the One I Love”

WINNER: Solange – “Cranes in the Sky”