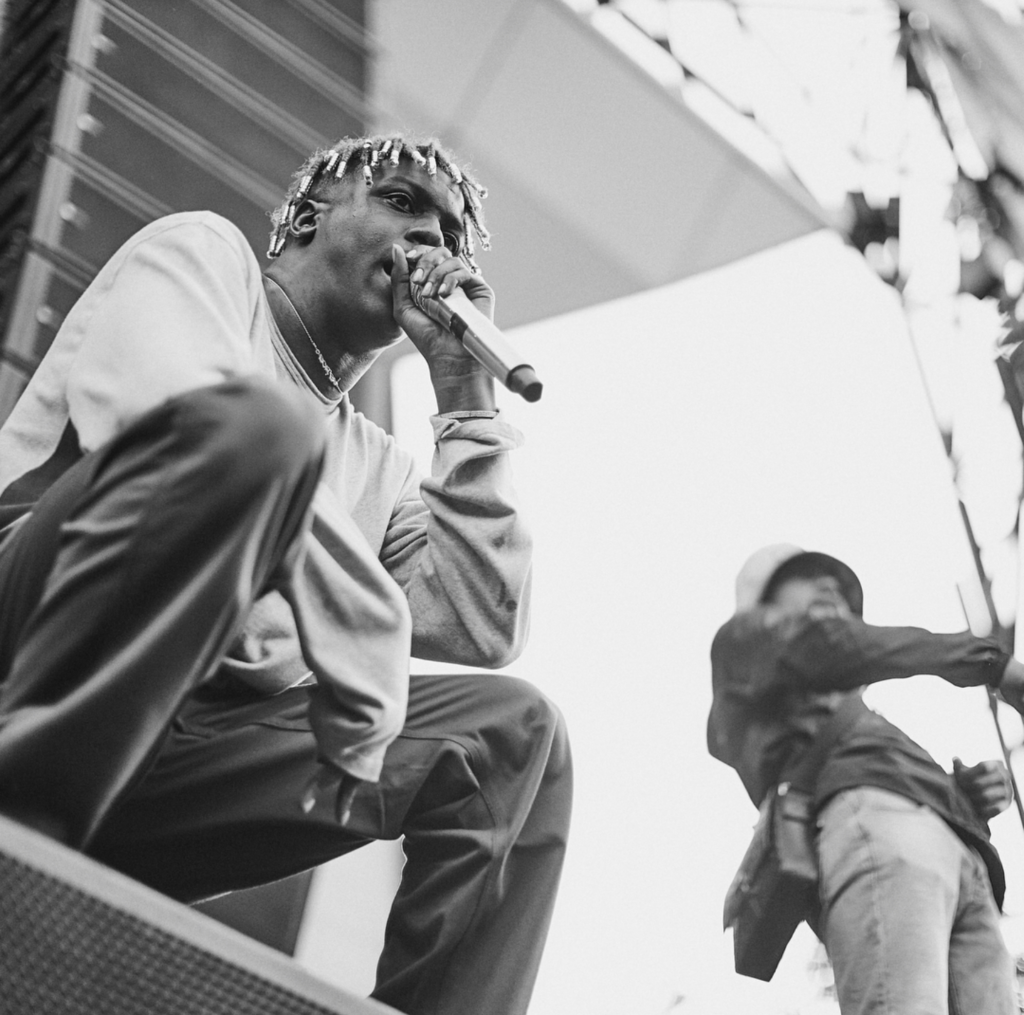 Crowd surfing, a new roller rink, city skylines and fireworks are only some of the many reasons why many anticipate Lollapalooza and fly out to Chicago for a memorable experience. This year’s festival was definitely a perfect way to celebrate the summer coming to an end. The high sprung energy and happy vibes in the festival stayed consistent all 4 days regardless of rain or shine. These festival goers made Lollapalooza live up to its expectations. Lollapalooza offered 7 stages: Bud Light, Tito’s Handmade Vodka, Pepsi, BMI, Perry’s and Lake Shore and the line-up for this year had diverse genres and offered something for just about anybody’s music taste. Attendees were in for one of the best weekends of their lives.

The official gates to the festival did not open until 11:00 a.m., however, lines of eager fans were formed as early as 9:00 a.m. When the clock struck 11, speakers all over Grant Park blasted the Star Wars theme song to set the mood. Finally the gates opened and people stormed in preparation for an unforgettable weekend. The air was filled with excitement. Crowds of people posed in front of the ‘Lollapalooza’ sign, while the other half rushed to different stages to be front row for the first performing acts of this year’s festival. Golf Clap and Declan McKenna were some of the first performers. Kweku Collins was also one of the first performers of the festival and knew how to hype up the crowd. As a hip-hop artist who grew up in Illinois, his love for this city was definitely felt through his performance. 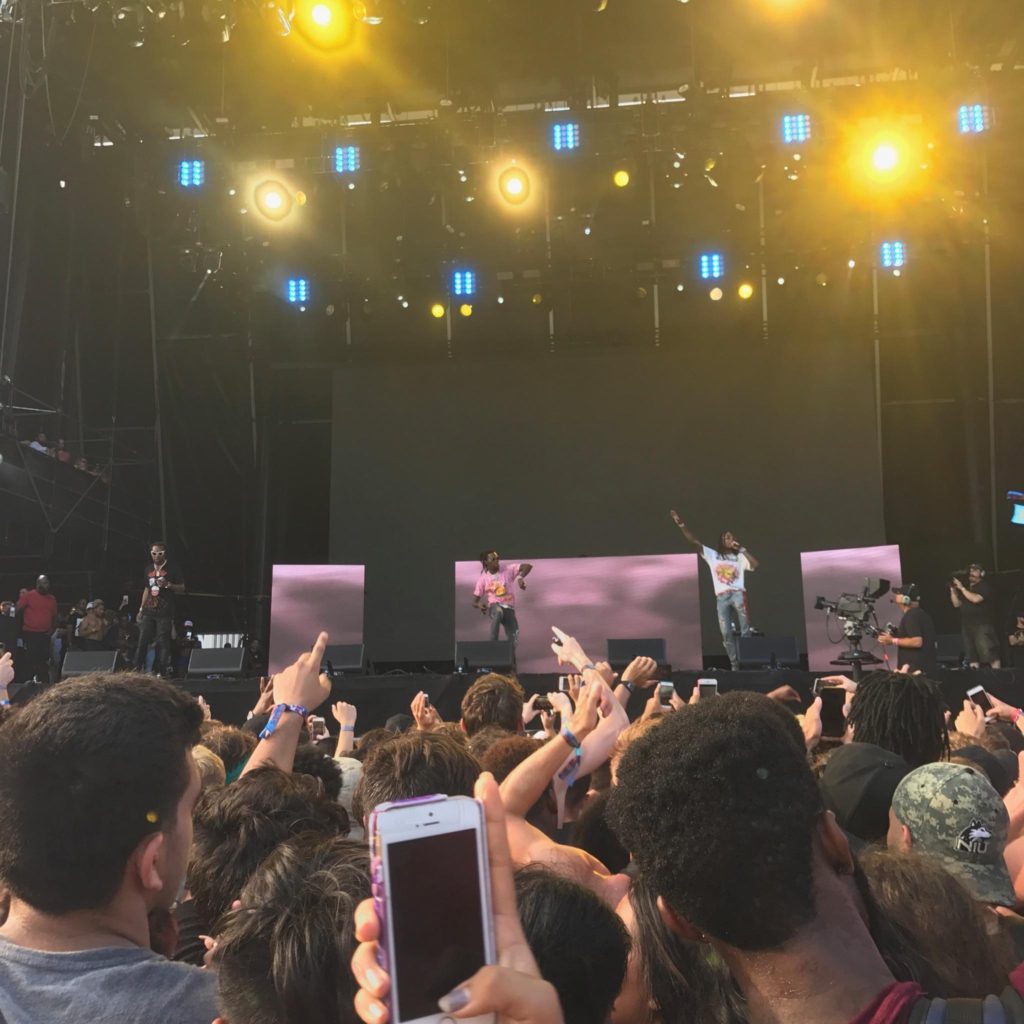 As the day continued, attendees stopped by many of the food options that Lollapalooza had to offer. Deep-dish pizza slices, cheeseburgers, and lobster corndogs were some of the most popular choices. Around 4:00 p.m., crowds rushed to the Bud Light stage in preparation for Migos to perform at 5. As $uicide Boy$ ended their set, the chants of impatient fans started, “Migos! Migos! Migos!” 25 minutes after their set was supposed to begin, and Migos had yet to arrive. However, finally Migos came out and fans quickly got over the tardiness. The crowd was jumping and rapping along to ‘Slippery’, ‘T-Shirt’ and of course, ‘Bad and Boujee’. As their show ended, fans waited at Bud Light for another hour to watch Wiz Khalifa perform. Within this hour, A-Trak and CAGE THE ELEPHANT gave amazing performances at Perry’s stage and Grant Park stage. At 7, Wiz Khalifa began his unforgettable performance. Fans rapped a-long to ‘Roll Up’, ‘We Dem Boyz’, ‘Black and Yellow’, and ‘See you again’. Midway through his performance, Wiz surprised fans and brought out Ty Dolla Sign and performed their new song ‘Something New’. As his set came to an end, Wiz had his fans longing for more.

Not long after Wiz left the stage, the audience rushed to the Pepsi stage ready for Lil Uzi Vert to perform. The crowd was packed and excited but his performance would soon come to an end as the storm started that night. The festival was evacuated immediately. MUSE’s performance was cut short as well and Lorde apologized for the situation and promised to return to Chicago. Although it literally rained over Lollapalooza’s parade, it was great way to end the first day of the festival’s weekend.

With clearer skies than the previous night, Day 2 already started on a good note. The weather was chilly and windy but that did not stop attendees from having a good time. Day 2 however did move at a much slower pace than the previous day. At 2 p.m., Jidenna gave a cheerful performance at Grant Park stage. The crowd danced with him and sang along to ‘long live the chief’, ‘Bambi’, and ‘Classic Man’. This same day Tegan and Sara, 3LAU, Run the Jewels, and Foster The People gave amazing performances. To everyone’s surprise, Vic Mensa had a pop up show on Perry Stage at 8 o’clock. During this performance he sang ‘Rollin Like a Stoner’. The final performances of this day were intense. DJ Snake ended the festival at Perry’s stage. The Killers gave an amazing performance as they ended day 2 at Grant Park. Blink-182 made a comeback and brought nostalgic vibes by performing “I miss you” and “What’s my Age Again.” 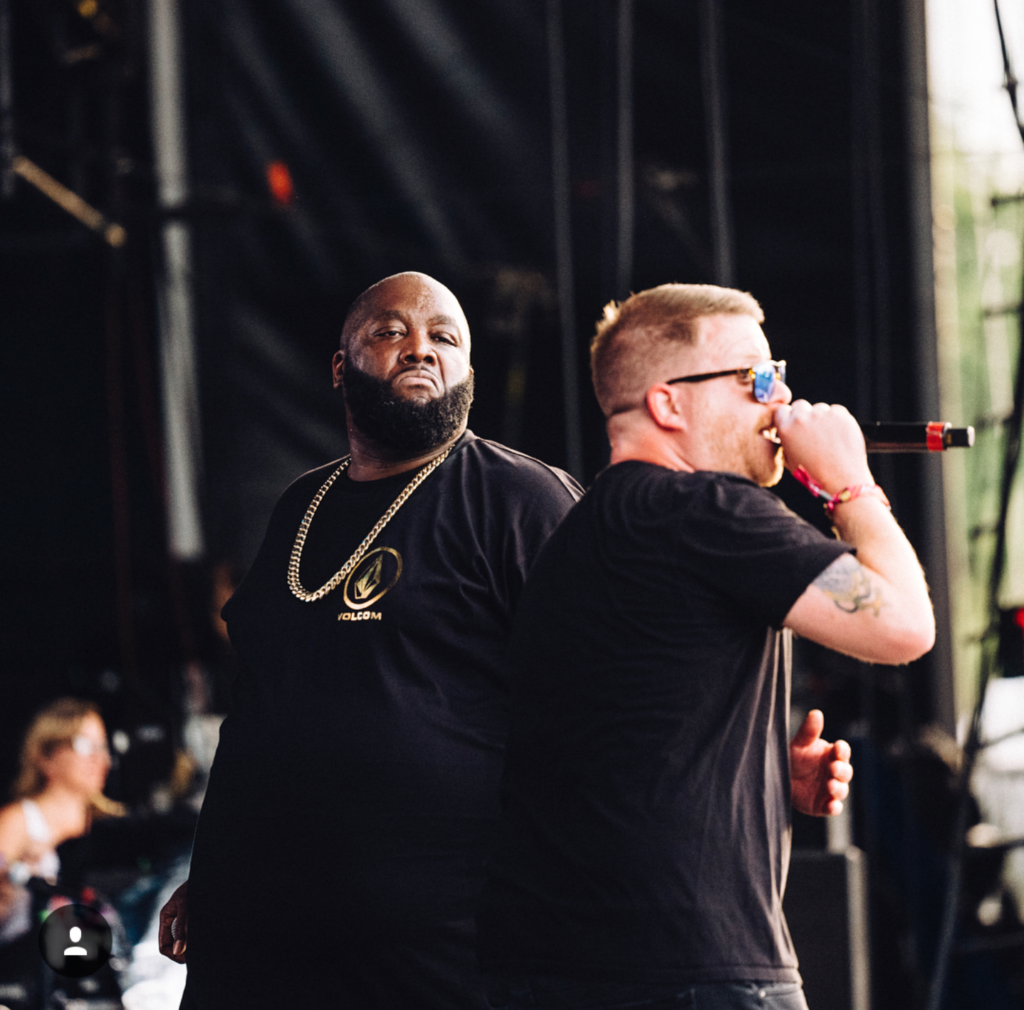 Festival goers arrived with excitement, knowing that Day 3 offered a performance by Chicago’s own Chance the Rapper. As the gates opened on this Saturday morning, people stormed to Grant Park stage to be front-row for the anticipated performance that would happen 9 hours later. To start the day, Michael Christmas, Jacob Banks, Amine, and Flint Eastwood offered great performances. As LEON finished her performance on the Pepsi Stage, crowds gathered in excitement to watch “the king of Soundcloud”, Russ, as the following act. He hyped up the crowd and performed “ What They Want”, “ Do it myself”, and “Losin’ Control”. During this hour, Vance Joy took over Bud light stage and NGHTMRE rocked out Perry’s stage.  MadeinTYO made an appearance on BMI stage and hyped up the crowd as well. Banks and alt-J were gave awesome performances leading into the night. Crowds of people rushed to see 21 savage perform at Perry’s stage. The crowd rapped and danced along to 21. 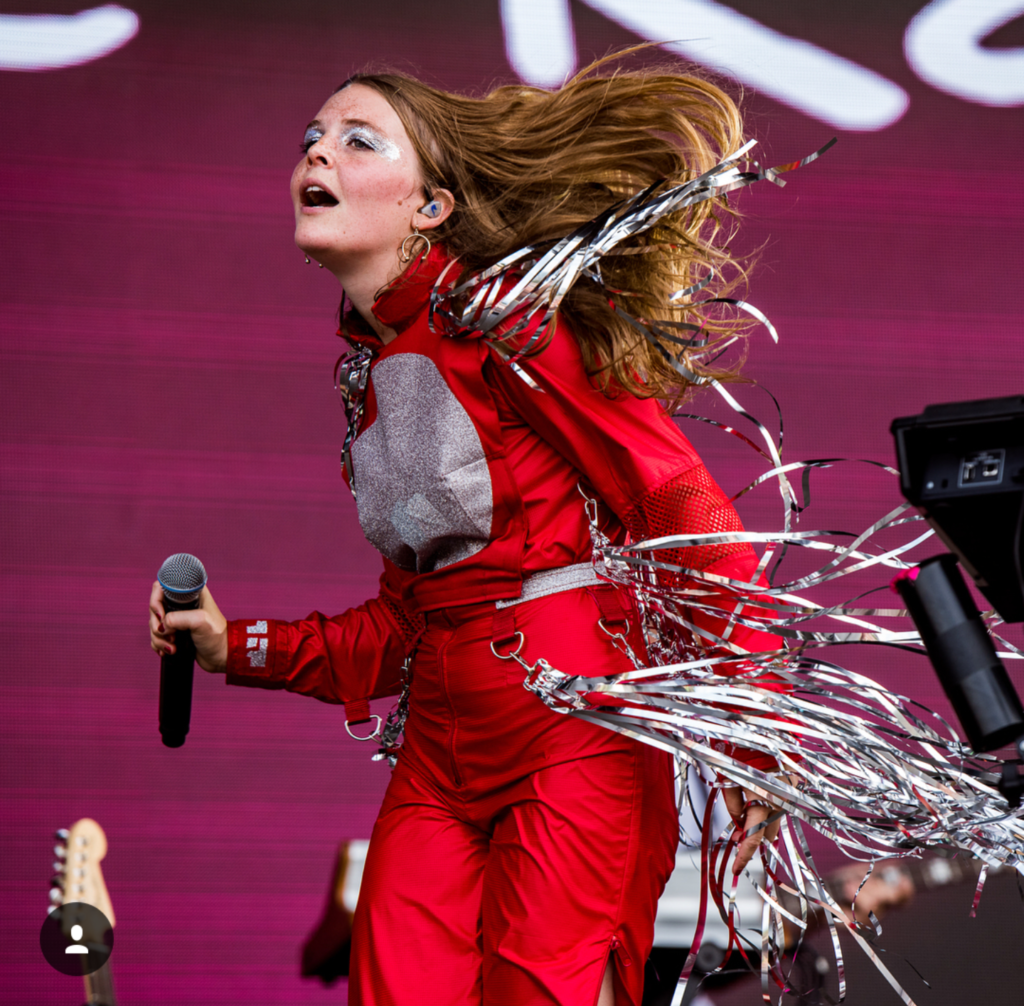 Finally the final performances of the night arrived. The xx, Mac Demarco and KASKADE ended Day 3 with a memorable and uplifting performances. A big proportion of Lollapalooza headed over to Grant Park stage to end their night with long-awaited performance by Chance the Rapper. One word. PHENOMANAL. Chance made his performance personal by not allowing it to be live streamed. He described this decision as wanting it to be a performance between him and his city. Chance performed some of his most popular songs from The Coloring Book album and even brought out Vic Mensa to perform with him. His performance literally lit up the night with fireworks and the crowd was in awe. His love for the city was definitely recognized through his heartfelt and passionate performances. Although his set was supposed to end at 10:00, Chance said he would keep the show going as long as he could and he kept that promise. His last performance was “ Same Drugs” and although it was 10:20, the audience wanted more. He finished with a final thank you to the city and to every one that had came out to watch him and as he walked off stage, there was an uproar of applauses and praises to him and his performance. 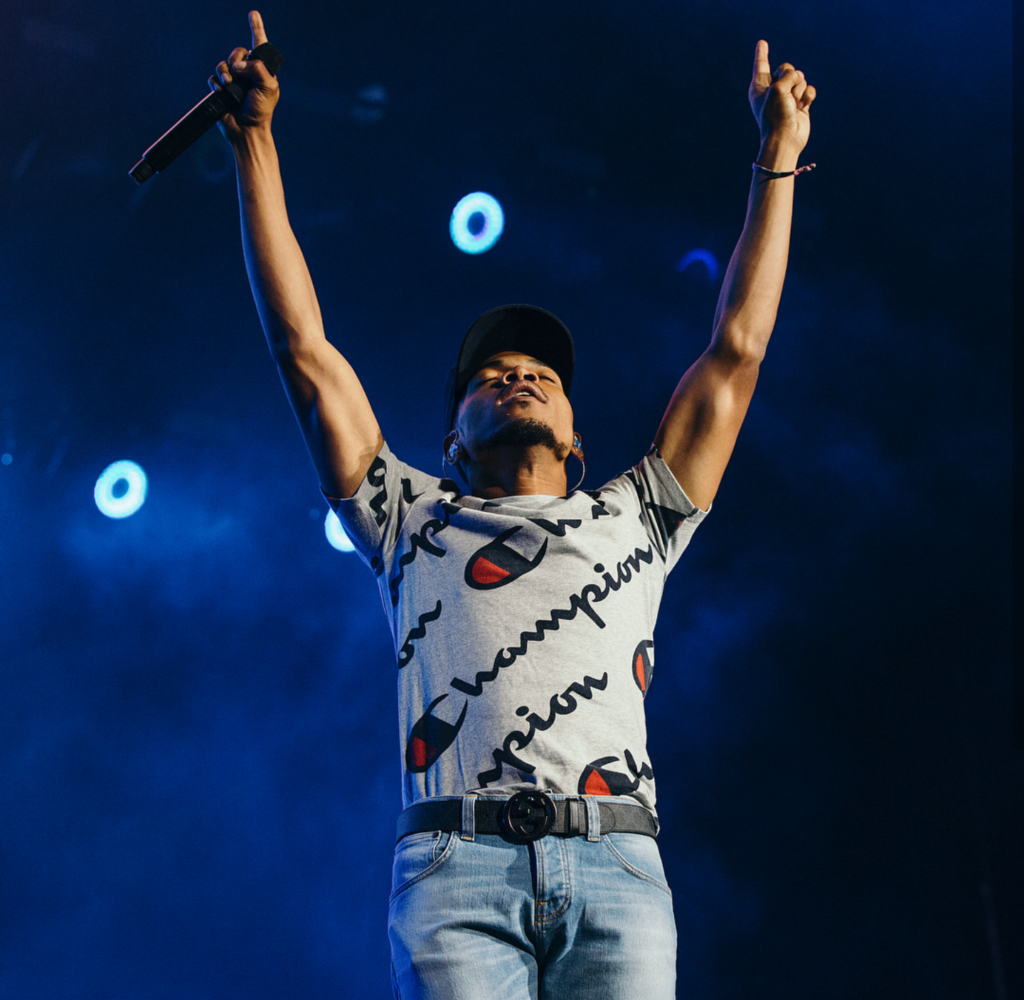 The last day of Lollapalooza finally came around and everyone still had the energy and spirit to make the last day a good one. On this Sunday morning, Boogie T and Goody Grace started out the day with performances. Xavier Omar, formally known as SPZRKT, performed at Pepsi Stage. Although it was early in the morning, he knew how to excite the crowd. He ended his performance with a cover of “Smells like Teen Spirit: by Nirvana, and it definitely pumped up the crowd and prepared them for the day. Charli XCX surprised the audience by inviting Halsey onstage to perform with her. Their set inspired a girl empowering environment and they both gave a very incredible performance for the books. Around 5:00, Milky Chance performed on the Bud Light stage and their hit song “Stolen Dance”, had the audience singing and dancing along. Around the same time, 6lack performed on Pepsi stage and the crowd loved his energy as they sang along to his songs. A lot of people crowded around Tito’s stage in anticipation for Lil Yachty and as expected, he gave a lit and thrilling performance and interacted with the crowd. At 7:00, Big Sean was set to perform on Bud light Stage. Big Sean always has a very unique and detailed set design and he brought that to Lollapalooza. The scenery definitely set the mood for his performance and he had the crowd singing a long to his hits, “Blessings”, “I don’t F*** with you”, and “Bounce back”. Around 7:45, Joey Bada$$ performed on Pepsi Stage and brought his New York flow and vibe to the Chicago streets. His lyrical talents did not go unappreciated as the crowd waved their arms in tune to his songs. 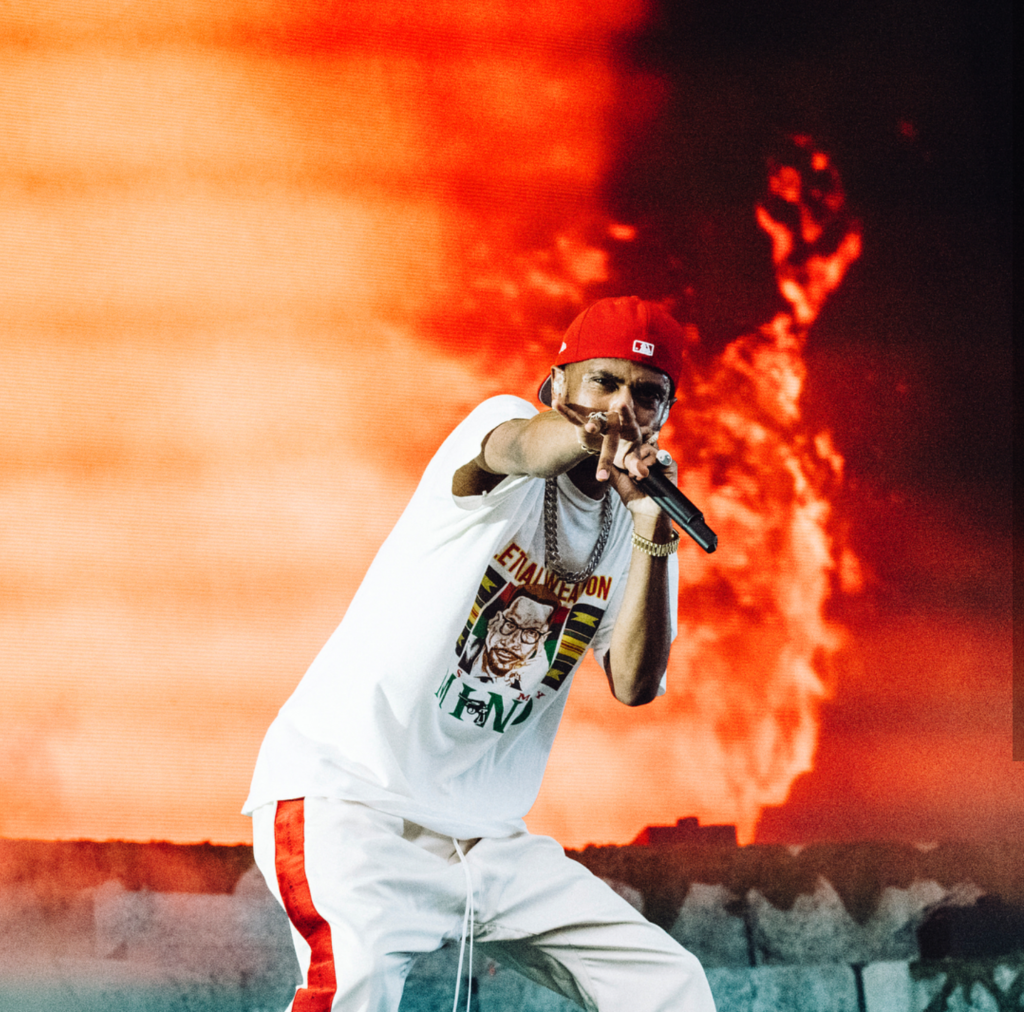 The final performances of the night were Arcade Fire, Zeds Dead, Justice and Rae Sremmurd, all of which ended the festival with a bang, and left the audience impatient for next year’s Lollapalooza.

Previous ArticleSpanish Albums are Trending: “Despacito” Breaks Record as the Most Viewed YouTube Video of All Time
Next ArticleSoundCloud is Saved!
Comments (2)
NIPSEY HUSSLE TUC RECAP