‘Captain Marvel’ Movie Review: A Preview of Things to Come

Every hero has their origin story and this one is out of this world…literally.

This past weekend, Marvel Studios showcased its latest addition to the Marvel Cinematic Universe (MCU) with the release of Captain Marvel. Marking the twenty-first film in the MCU franchise, Captain Marvel is also the company’s first female-led superhero movie, with well-known actress and filmmaker Brie Larson starring as the titular character. Alongside her is an all-star cast consisting of talent like Samuel L. Jackson, Clark Gregg, and Jude Law.

Set in the year 1995, the film follows Carol Danvers (Larson) who is already established to have her powers and to be a member of the Starforce, a group of intergalactic mercenaries working under the Kree Empire. During a rescue mission to retrieve one of their own, Carol finds herself captured by the Skrulls, a race of extraterrestrial shape-shifters that seemingly want to do harm to the galaxy. Managing to escape to Earth, she not only draws the attention of S.H.E.I.L.D. agents Nick Fury (Samuel L. Jackson) and Phil Coulson (Clark Gregg) but learns that she had a previous life that she can’t fully recall. Upon learning about her past, Carol realizes that not everything is what it seems. That she’s always been much stronger than she was made to believe she was, and that she must embrace the heroine that has been locked away inside of her for so long.

The film not only explores the origins of someone who is quite possibly the true first avenger that Nick Fury ever interacted with, but explains a few important or prominent details that have played key roles within the MCU’s continuously developing storyline. This includes how Nick Fury got his famous eye-patch, how S.H.E.I.L.D. obtained the Tesseract in the first place, and an explanation for the pager seen in the post-credits scene of Avengers: Infinity War. Captain Marvel also saw the return appearance of two other characters from the previously released Guardians of the Galaxy: Ronan the Accuser and Korath (played by actors Lee Pace and Djimon Hounsou respectively).

As a stand-alone film, Captain Marvel plays out in standard superhero movie fashion. Carol Danvers is shown to be a strong individual who apparently struggles to control her powers. Through strife with outside forces and a bit of self-exploration, she comes into her own in a way that is highly familiar in the superhero genre, yet relatable to most for its more reality-grounded approach. The movie doesn’t feel too long or too rushed and allows the audience to enjoy a well-told story without having to remember too many details; which is a bit of a surprise coming from a franchise in which almost every film adds to the overall lore of the universe. That being said, the movie does feel a bit lackluster when compared to the hype from the events seen in Avengers: Infinity War. Though this is understandable, as the events of Captain Marvel precede basically the whole entire MCU up until this point. 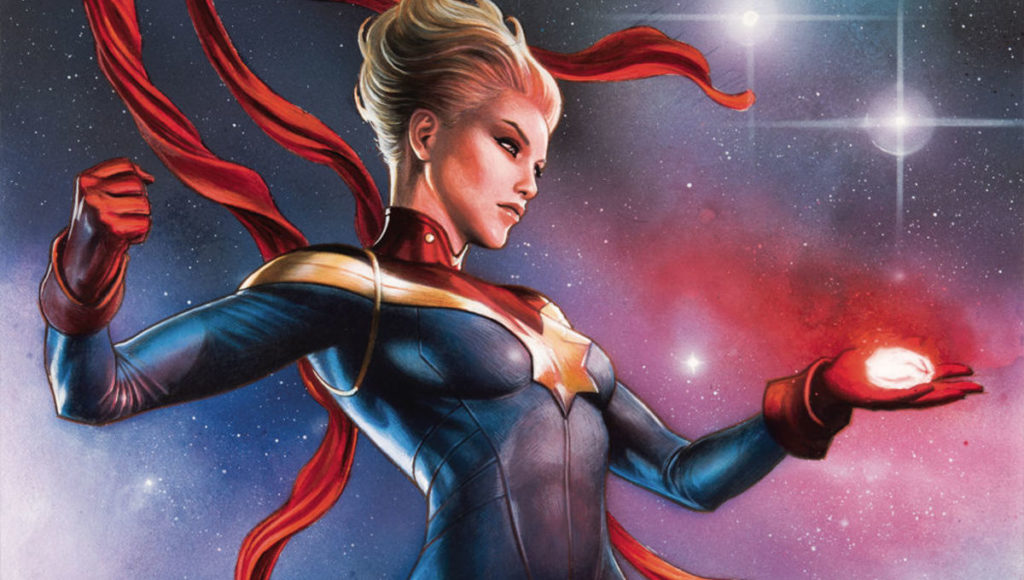 With its amazing special effects and compelling narrative, Captain Marvel is a wonderful addition to the ever-growing MCU and Carol’s introduction into the fray is sure to shake things up when Avengers: Endgame premieres in theaters this April.