The world watches in anticipation as officials continue to count in-person and mail-in ballots across the United States.  Since election day on November 3, millions of votes have been processed, and presidential candidate Joe Biden and president Donald Trump are running a tight race.

With the majority of states having their votes counted, Biden has sustained an Electoral College lead so far.  The country is watching swing states – which include Nevada, Georgia, North Carolina, and Pennsylvania – to see which candidate gets their electoral college vote to 270.

Here are the election results across the country so far: 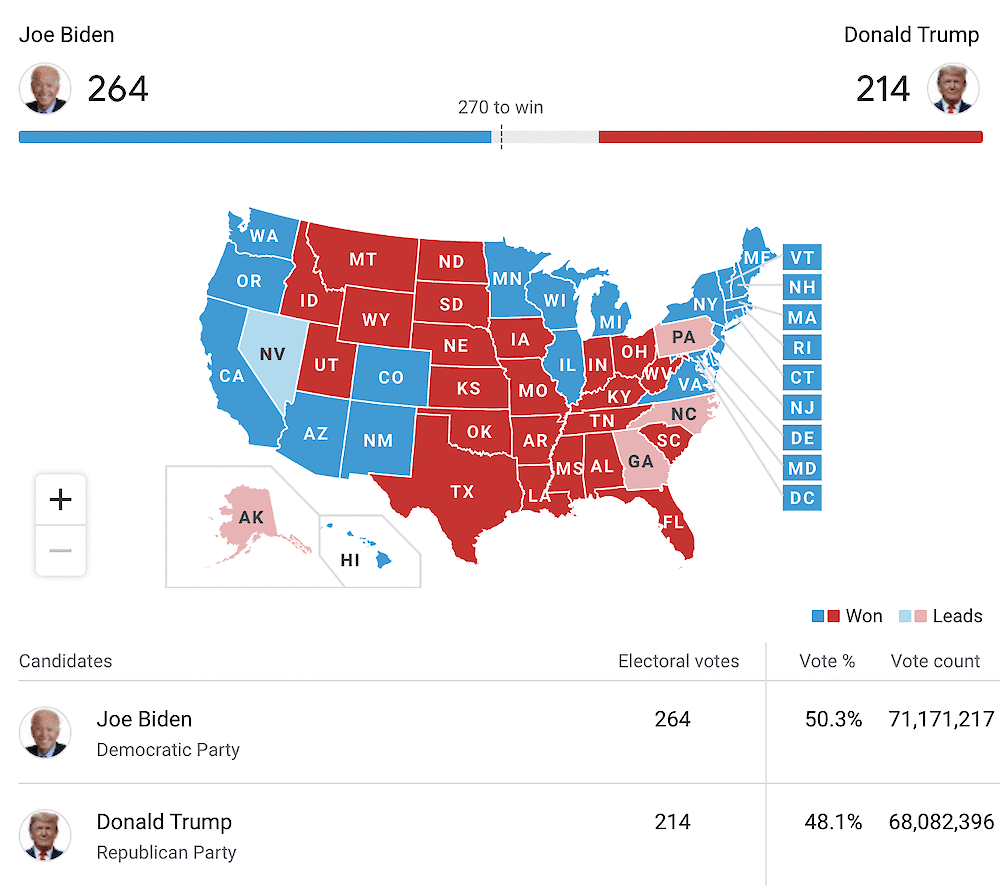 As the hours pass by, there have been a number of outbursts from people across the nation regarding the revealed results of the election votes.  Many protests have been erupting in all major states, including pro-Trump groups urging officials to “Stop The Counting”; those efforts were partially fueled by Trump’s remarks at the White House, claiming he was “cheated” due to alleged illegal votes being counted.  Hundreds have been arrested while protesting Trump’s claims across the nation as well.

Protesters marched through several American cities in response to President Trump’s aggressive effort to challenge the vote count in the election.

Some state officials are saying their final results might not be fully revealed until Friday, or even beyond.  As of now, Joe Biden is in the lead for the presidential election, and ballots are continuing to be counted.