Next Up: With International Pop Sensation Shane Hendrix

Shane Hendrix is an International pop sensation. Shane was featured on the European edition of “The Voice van Vlaanderen” when he was known as “Sepp” and instantly became a viral sensation. This stylish artist has been dabbling in music competition since the age of 12 so it’s safe to say that music is his calling. We had the pleasure of chatting with Shane about everything from growing up in Belgium, being a contestant on the “The Voice van Vlaanderen”, and his upcoming single “Party Like A Rockstar” with Nicki Minaj as a guest feature.Chante: Are you originally from Belgium? If so, what is the culture like over there?

Shane: Yes I am, We are a very proud, creative, hardworking little country. A lot of great food known all around the world (our chocolate, sprouts, and fries for example). And we are soccer fanatics, soccer fields everywhere ;).

Chante: You was a contestant on “The Voice” a couple of years ago. How did that experience prepare you for your career up to this point?

Shane: When I decided to compete in the voice, I was looking for experience and eventually finding the right people to help me further in my career. So when I had the chance to choose between all the coaches I choose the most experienced one in performing. That turned out to be a good decision cause the battle he arranged for me and my battle partner went viral and has now up to 13 million views. And so I gained a lot of fans and interest from overseas. Doing the live shows was really fun, big stage, big crowd, an amazing live band, .. what more can an artist wish for. After the voice, I found the perfect management to help me in my career and so began my adventure in the US.

Shane: When I was 12 years old, my brother wanted to enter the Junior Eurovision song contest. He asked me if I wanted to join and I said: “why not, let’s try it out”. So we entered the preselections, that was live on television and eventually stranded in the finals. From that moment on I knew I loved music and singing. And I knew I wanted to do this for the rest of my life. So yeah thank you, brother, 😀

Chante: What was it like for you growing up as a child? Was music always a passion of yours?

Shane: My parents were always doing music just a little. My mother was a dancer and my father played a couple of instruments. So I guess it was always there but like I said I only really started singing when I was 12. From that moment on I only focused on music. My school wasn’t happy about that haha. Until I went to art school from age 14 to 18 years old.

Chante: If you weren’t making music, what would you be doing right now?

Shane: I did a lot of theater in art school so I guess I would be focusing on that. I hope to eventually pick that up again too but music is going so well for me at the moment and I have to travel so much so it is hard to squeeze that in. Another thing I always liked was building things. Woodworking, building chairs,.. so if there was no entertainment biz, I’d probably be doing that.

Chante: Who inspires you the most when it comes to their lyrical tal­ent?

Shane: I love the Weeknd’s lyrical abilities. I noticed that when I write, I have a lot of influence from him. He speaks about his thoughts and his feelings in a way I almost experience it myself while listening to the songs. And I think that’s the right way to do it. You make music for your fans and listeners to feel the story and inspire them. 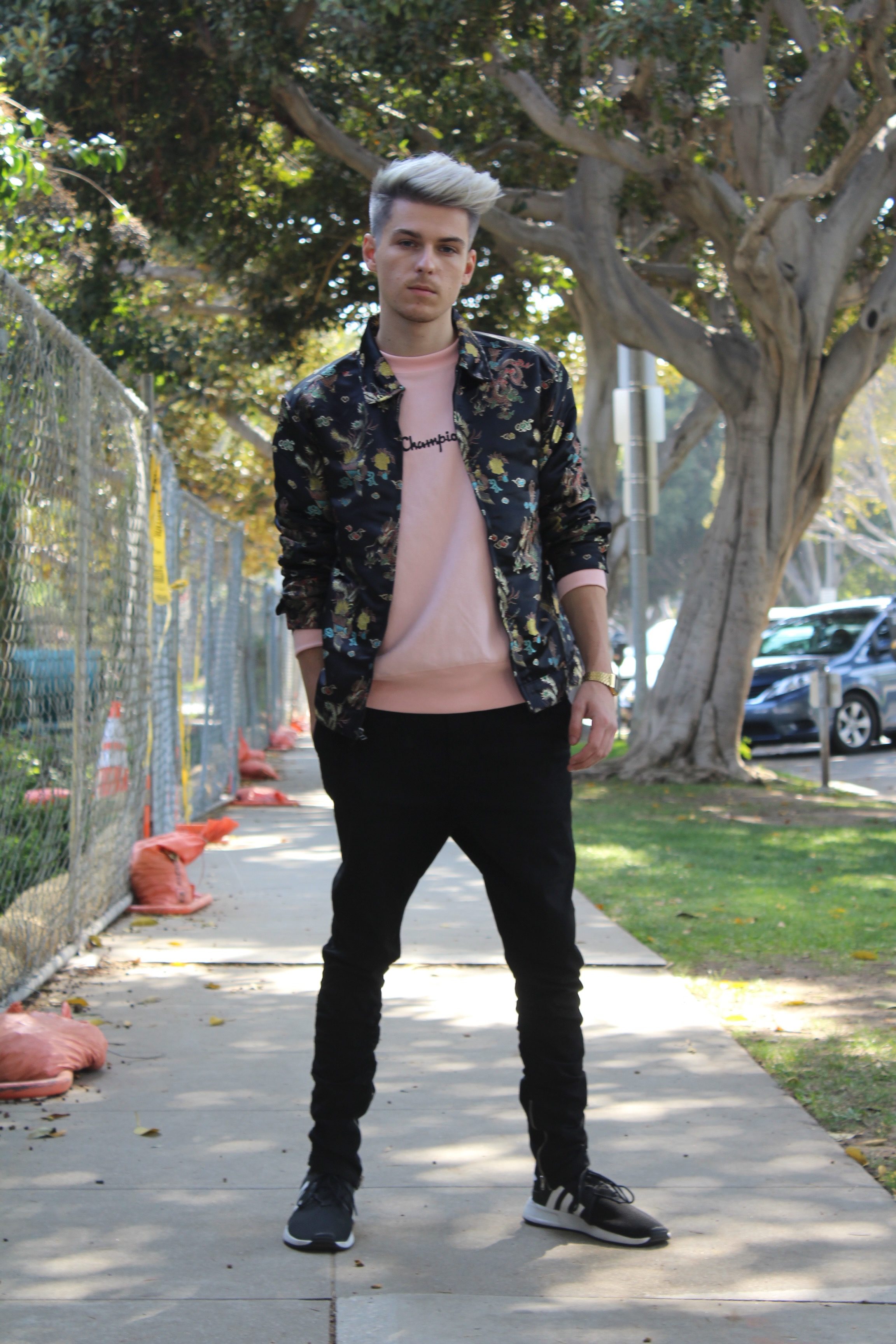 Chante: How would you describe your style of music?

Shane: I describe my music mostly as urban pop. The lyrics, the poppy melodies, the 808 and of course the epicness I try to sprinkle over it ;).

Chante: How was your experience collaborating with Nicki Minaj on your upcoming single “Party like a Rockstar”? Did she offer you any advice that you could share that could help you going forward in your career?

Shane: I have high expectations for “Party like a Rockstar” but we still have not decided on a release date. It will be this summer this much I do know. Nicki is a huge artist and I admire her work. I am blessed to have her on my song.

Chante: Are there any other artists that you plan to do a feature with?

Shane: I would love to feature with artists from other countries cause I featured with a lot of artists already (songs coming out soon). Maybe another European or someone from South America. I’m going to Brazil soon and who knows, maybe I’ll do a feature there.

Chante: Where do you see yourself in the industry 3 years from now?

Shane: I see myself on a big stage for a lot of people and they all sing along with a song of mine. That’s my goal at least. I noticed that performing is the thing I love to do the most so I am dedicated to getting there. I think with my team and my fans #teamhendrix that is more than possible.

Chante: What does True Urban Culture mean to you?

Shane: I adore the music, the style, the way of living….in other words, the whole movement.

Previous Article50 Must See Attractions for Every State in the U.S !
Next ArticleQueen Of The South Season 3: Episode 1 Recap
NIPSEY HUSSLE TUC RECAP