NEXT UP: Pennsylvania’s Native Rozei Reflects On Fortnite Stardom

Hip Hop used to be placed under one bracket that consisted of hard, gritty lyrics and sounds, but as time passes, so does the style. Its modern rappers have experimented with their creativity to change the style and soundwaves that bring a new version of Hip Hop.

For some, their interests in different genres helped coordinate their flow, which they’ve playfully mixed in an alternative rock tone to Hip Hop. That’s the sound that Pennsylvania artist Rozei brings to the table and video gamers have taken off with it.

Rozei’s latest single, “Ooo La La” has hit over 1 million streams on Spotify in three weeks, and 2 million in five weeks, and charted #5 on iTunes. It currently stands at 3 million streams on Spotify and continues to gain more listeners. It all started when fans came across his music and began adding it to their Fortnite montages, which can be found all over YouTube, thus making noise of the new artist.

His influences were all around him, Rozei’s uncle played in a band and his grandmother sang in church. Coming from Erie, Pennsylvania, a small town where not a lot of local artists make it big, Rozei wanted to change that and put his city on the map. His determination brought him to drop out of college just after a month to pursue his dream and his passion began to take off within months.

TUC was able to speak with the Pennsylvania native on being an upcoming artist, his latest music and how he overcame his biggest challenges. 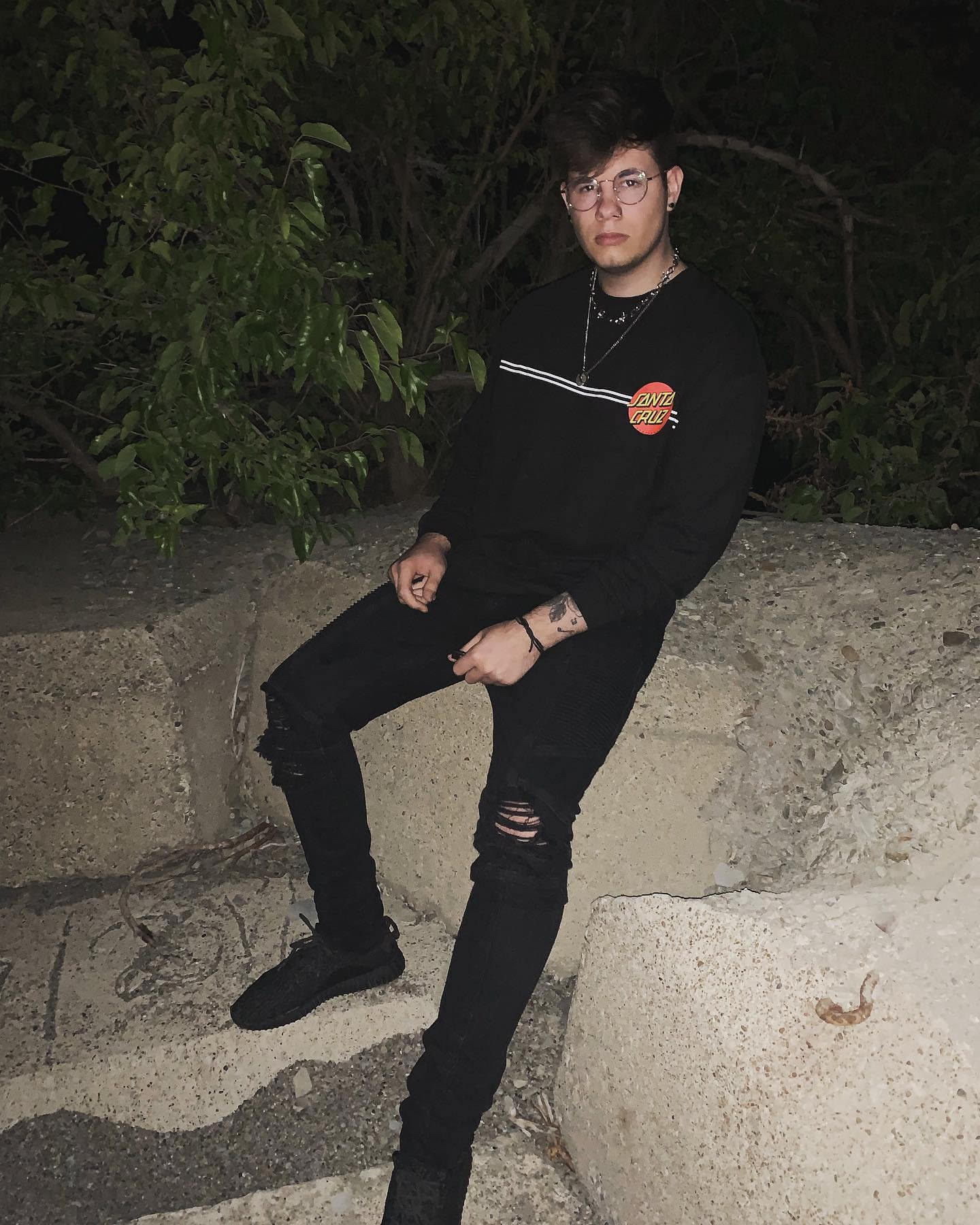 1. Can you explain a little to the readers how Pennsylvania may have influenced the artist or person you wanted to become? Growing up, What would you find yourself doing for fun in your free time?
Growing up, obviously not a lot of artists came out of my city. Pat Monahan from Train did, that’s about it that’s come out of my local area. So, I really just wanted to put this place on the map, kinda grind and get my name out there more. It kind of pushed me to be the one that made it out. There’s not much to do out here…most of my time I really just spent locked up in my room working on music.

2. What was your family’s reaction when you told them you wanted to drop out of college to pursue music?
Oh, they did not like that. They actually didn’t know that I had dropped out probably until a month after I was fully out of school. I didn’t even finish a whole entire semester, because I found myself staying up until like 3 A.M., skipping class, sleeping through class, just always working on music. Yeah, when they found out they were not very pleased with me, to say the least. They didn’t go as far as disowning me, or kicking me because they knew that was my passion.

3. Can you tell a little about your rap name? What’s the story behind how you began calling yourself Rozei?
That goes back to my great grandmother on my mother’s side. I have her wedding band around my neck, I wear it as a necklace. She’s unfortunately passed away, but when I was younger, I remember going over to her house during summer, and I don’t know why my body does this, but my ears and cheeks get really red because of the heat of the temperature. And she always called me Rosey, because I had rosey ears and rosey cheeks so that kinda stuck with me and I implemented it to my artist name.

4. Let’s talk about your recent single “Ooo La La” which had over 1 million streams on Spotify in 3 weeks and 2 million in 5 weeks, and charted #5 on iTunes, what did that feel like for you as an upcoming artist?
As an upcoming artist, that was the most insane and unexpected feeling, I guess, because before that my tracks were doing well. I was 400,000 on “Bad Romance,” one of my other tracks, and range around 500,000 on some of my other songs, but once this started getting traction I thought to myself ‘this could be it, this could be the one,’ and it’s really rewarding. I feel like the luckiest guy in the world right now, it’s just about to hit 3 million now, but it’s still a small number compared to what I plan on doing.

5. It also reached Fortnite and your song can be found on several montages. What is it like for you to come across that and know that people are feeling your music?

That’s really cool, I watch a lot of those videos. I used to play that game all the time. I kinda slowed downplaying it recently just because I been focusing on my music. But I used to play it all the time, and I can actually understand what’s going on in the videos. So, it’s really fun to watch and know that I had a part in making these videos. So, that’s super cool and those kids that play those games are absolutely insane, which is awesome. It’s crazy how connected everyone is with video games.

6. How do you feel about the drastic change of your listeners in 4 months on Spotify from just 534 to 101,463 and counting?
That’s the most mind-blowing to me. How fast it’s all exploding, because I remember early August, I had about 500 monthly listeners, just that New Year’s Day it was 101 [thousand]. The fact that I accomplished that in just 4 months was just absolutely astonishing, to say the least. It’s because I realize that it could actually go somewhere. Right, when I hit 101 thousand, which was kinda my breaking point, it was like this could be something. It’s humbling ‘cause I knew I put a grind in for it, and it’s all finally start to pay off.

7. What artist do you hope to work with in the future? Why?
I really want to work with Post Malone. He’s been one of my favorite artists for a long time. Circles was absolutely insane, it’s what actually kind of inspired me to make “Kiss and Tell.” He can really just hit any vibe [on a] song whenever he wants. And even him as a person, he just seems like a down to earth, genuine, smart dude. So I think it would be really awesome, in the future, to get a track with him. That’s my dream collaboration.

8. I’m sure your fans want to know, when can we expect to hear a new single or possibly an album?
I’m making a few songs right now, I have a song that I’m working on that’s kind of like a Billie Eilish mixed with a Post vibe, sort of dark pop. I’m working on another upbeat song. Nothing is really set in stone yet, possibly an album in the making. Time will really tell on that. I don’t really have any dates figured out either, but definitely soon. Most likely an album is what I’m thinking.

9. What are some challenges that you have come across since pursuing your music career? How have you overcome it?
Writer’s block is probably one of the main challenges that I’ve come across. I find myself sitting in my room a lot doesn’t really help creativity. I found that I had to go out and experience real-life situations, interact with people. So, that’s a piece of advice that I can give to people is just go experience stuff, and writing will just come naturally. Another obstacle I had to overcome would be being myself. When I first started doing this, I tried to be someone I wasn’t. I was kind of talking about a lifestyle that I wasn’t actually living. I overcame that by just being more real with myself and true. Nerves. I found that when I was doing my first show I got really nervous before and I overcame that, that night because that show was absolutely insane. It was a small venue in my town it’s called Basement Transmissions…usually it doesn’t have many people showing up to it. They usually have like rock concerts or EDM concerts going on, but when my show went on, we had 100 plus people. We were just all going crazy. It was the first time I ever heard people sing my song live while I was performing it, and just hearing the voices in the crowd was one of the most surreal experiences.

10. We’re in a new decade and year, what are some goals you want to achieve in your profession?
I really want to do a Rolling Loud set, that’s one of my goals. Performing at Rolling Loud would be crazy. Definitely want to hit a million monthly listeners on Spotify, if not 10 million. I want to get an album out at the end of next year. I want to buy my own house. Definitely want to move out of my city, somewhere nice. I’m thinking either L.A. or New York. I want to be financially stable to buy my mom a house too, or car, or something nice ‘cause she’s done so much for me.

11. What does True Urban Culture mean to you?
Urban Culture, and Hip Hop, and stuff like that is really cool. I think it tells a story the way no other genre does. Kind of like poetry with real-life situations if it’s done correctly, obviously. Like J. Cole, for example, he’s one of the best at his style of music. I just think it’s really neat how it’s such a new genre, within the past two decades, which is fairly new. So, there’s so much room to expand and find different styles, like Juice WRLD for example, he came in the music scene and he completely changed the sound of the genre forever. It’s just neat ‘cause it’s so young and it still has so much room to grow. It’s extremely influential and popular nowadays.