NEXT UP: Edwin Navarrete Shares His Passion For Managing Big Artists and Developing 6uccess Records

It’s quite easy for fans to look past the hard work that is put into managing artists in the music industry, but it’s also very important to recognize. For many artists, the help of a publicist, management, or a record label is crucial, as it can help them achieve their dreams and goals.

Edwin Navarrete, the founder of The Navarrete Group, who manages producers like Lil Mexico and is a PR to Compton’s rapper Azjah, expressed that he’s helped several artists reach their full potential. His experience has helped change the fashion industry’s beauty standards by supporting a down syndrome model to walk the runway at New York’s Fashion Week and sign artists to big record labels. Now, Navarrete has developed his own record label called 6uccess Records and is looking to expand in due time.

True Urban Culture sat down with Navarrete to talk about his rise as a publicist, developing his first management group and signing several new artists, such as Lil Mexico. 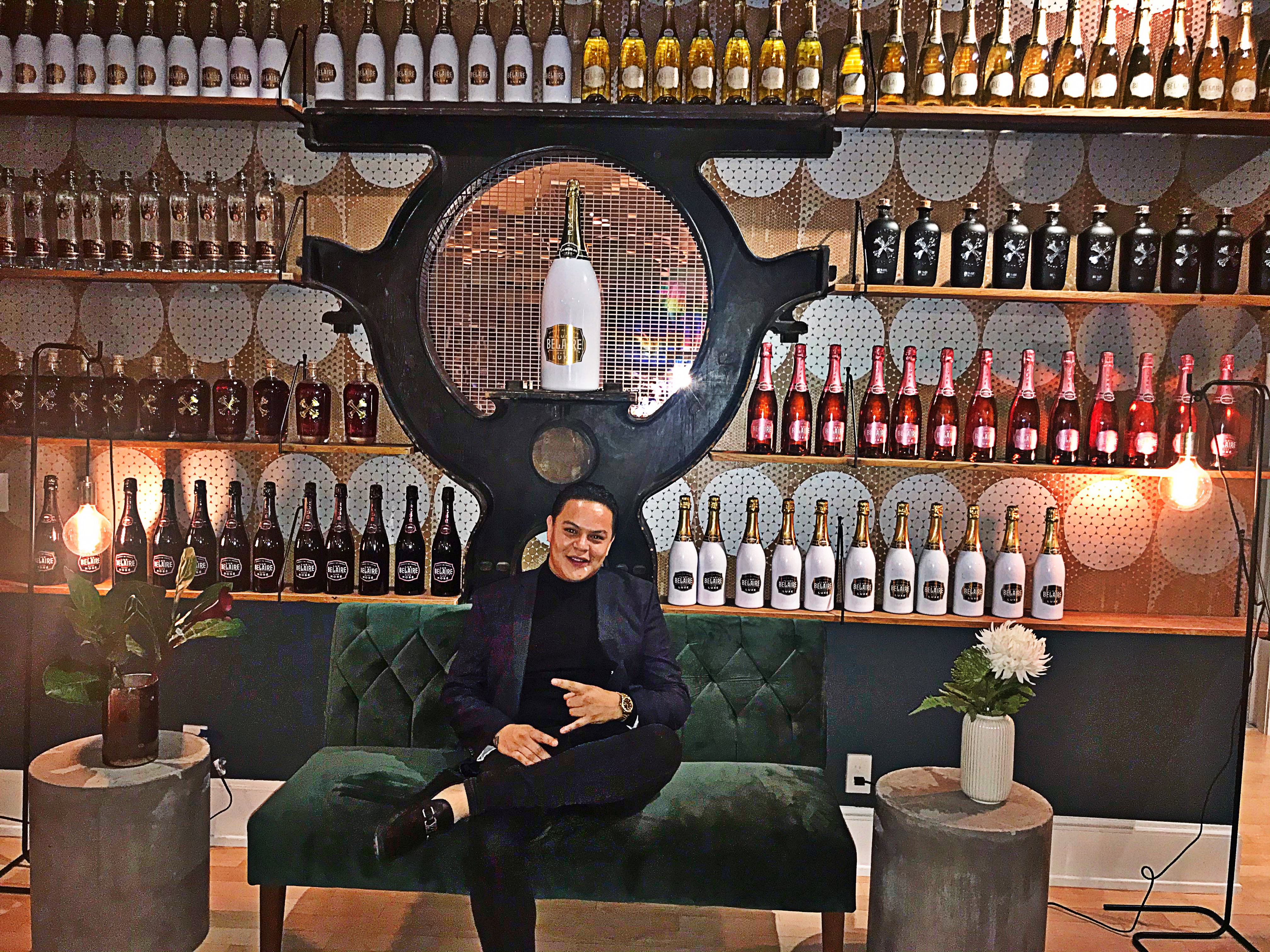 1. Can you tell the readers who Edwin is, where you’re from and your background?

I’m Edwin, last name is Navarrete. I’m Mexican. I came to the U.S. when I was three years old. At about four years old, I ended up getting my first heart surgery when I first got out here. It was a very big struggle for me and my family. We never thought that we would make it to the point where we would be at right now. You can say I’m a survivor from a very young age. I’ve been struggling to make it to the point where I’m at now and thank god, you know, now we’re here.

2. When did you know that you wanted to pursue the entrepreneur and publicist life?
I started off at the age of 16 learning how to DJ and learning the music, mixing, due to the fact that my father, at a very young age was a DJ, so he told me the whole routes of DJing and how to pick-up good music and talent. And I decided to take and pursue my career at the age of 18, seriously, and I got my first radio gig DJing. I started very young as a radio DJ and from there I pursued my career to meeting managers, publicists, agents, even the artists themselves. 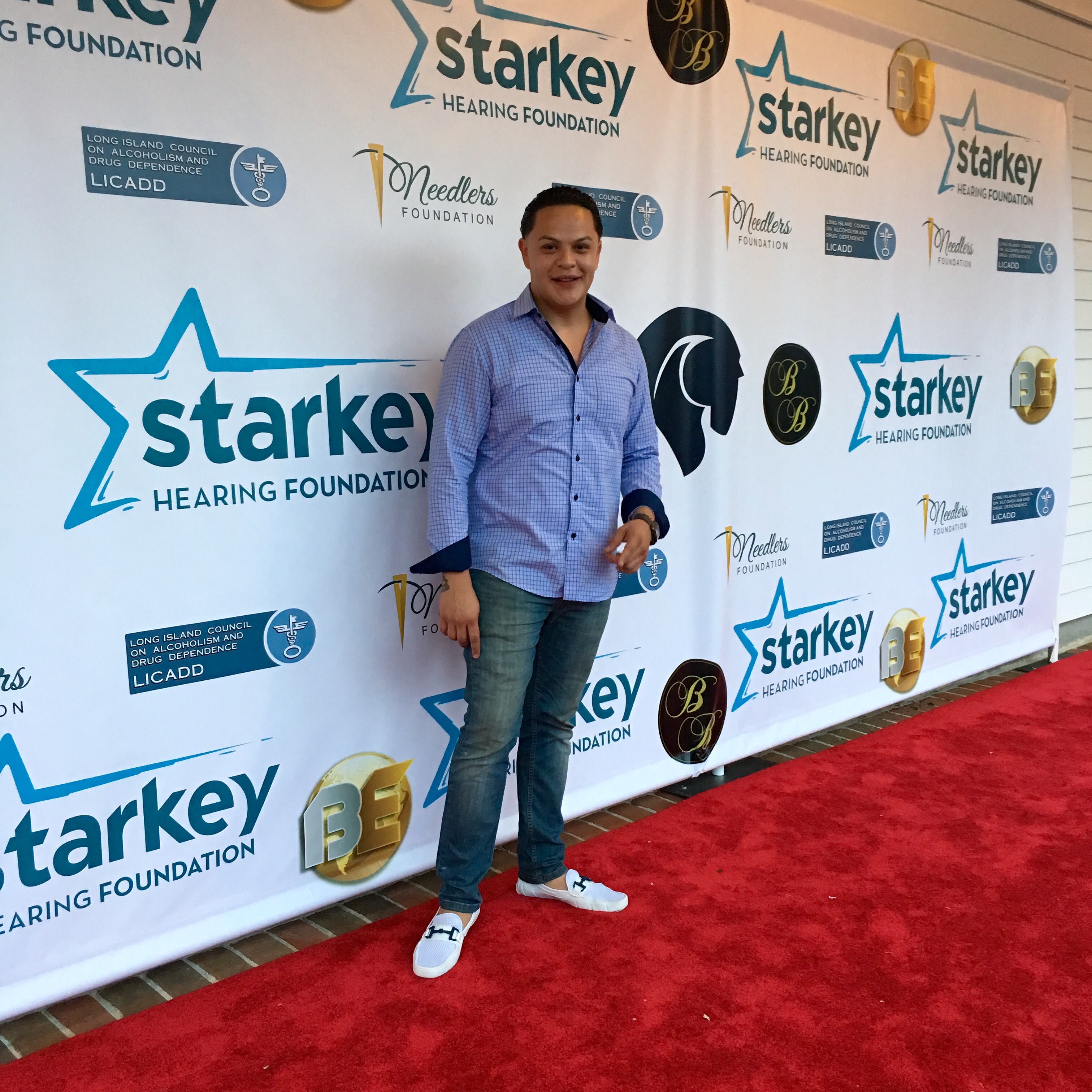 3. Through that, can you say you gained the experience you have as a PR, entrepreneur and manager?
Yes, so as far as expanding the business and learning from people that I have met, and worked with, I ended up meeting a female. Her name was Adrienne Russo and she was my first mentor when I was at the age of 19. She started teaching me the PR business and she was nothing but a very P alpha of very big clients, such as Jadakiss to Fabolous to DMX – you name it she was the one. And I pursued the business with her, she started teaching me and I started mentoring with her. I opened up my business in 2010. In 2011, I got my first female signed to Universal and from there on, my business has been just expanding from Navarrete foundations.

4. Who was the first female to sign to you and can you tell me a little about how that felt?
The first female I had signed was signed to Universal, she was a female artist, musician. You can say she was into the dance, deep house music era and I was able to connect with her at a very young age, due to the fact that I met a DJ that introduced me to her. Then, I was able to get her signed to the record label that I wanted to get her to.

5. How was the management and public relations company The Navarrete Group developed?

The Navarrete Group developed eventually with this first female singer that I had started working with — I got her signed and ever since I’ve just been getting nothing but recommendations to grow with my company. The second female, who I discovered with my other partner, her name was Madeline Stuart. She was the first girl with down syndrome to be walking in the New York fashion week. Me and her PR team that she was with, we actually pursued her to change her career and actually change the whole fashion industry, and we made it happen. Now, the fashion industry has changed dramatically that anyone can walk fashion shows. It’s not all about being, you know, 6’1”, very skinny, etc. It’s all about having the talent, cause a girl with down syndrome is able to walk down those aisles as well.

6. I know you recently signed Lil Mexico Beatz to your management group how did that come about?
So I started working with Lil Mexico, which he’s a major producer, due to the fact that I started listening to a lot of his music before when he was working with G Herbo and Key Glock. [Then] he got himself a very big placement with Roddy Ricch on the latest album. And I decided that I wanted to approach him myself and sign him to my management company to get him publishing deals that we will be working on next.

7. What is the process that one has to go through to receive your services of management or PR?

In order for someone to come and work with me, you definitely have to be, not established, but have a very big following for what you’re doing and have to be very consistent with your music, and career with what you’re doing. If I see that in you, then I’ll be more than happy to invest my time and money into the artists — that I like to sign — and sign them to either my record label, which I have now, or my management company, or PR company.

8. You’re also a PR for Compton’s artist Azjah, how has it been working with her and watching her grow?
Oh my god, dramatically it’s been a pleasure, especially with her team that put me on board to be her official PR. It’s been nothing but blessings and working with amazing people ever since. A lot of people have reached out to me, due to the fact that Azjah is one of the biggest female artists that’s coming out of Compton, CA. So, I’m doing nothing but the best to get her to the point, where she needs to reach — like I said, it’s nothing but blessings working with her. 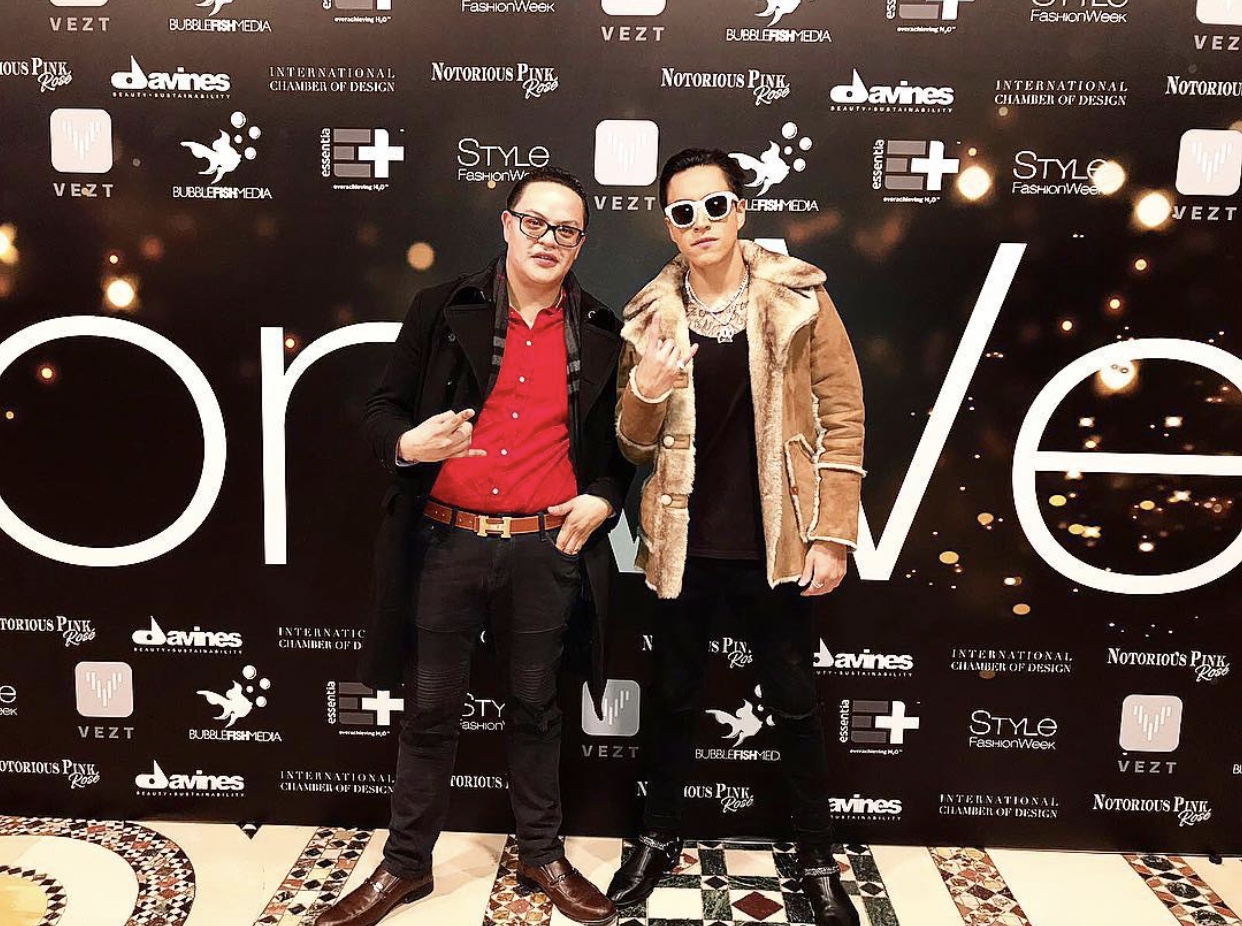 9. The Navarrete Group Is very diverse when it comes to artists, it includes artists from hip-hop to Spanish genres, why is that important to have that range?

10. I know that you also have a record label, can you tell us how 6uccess Records came about? And when was it established?
6uccess Records came about a year ago. The name came about when I was with my brother one day, who is a DJ, and I started working with this male singer, his name was Javi Music. I didn’t have a label. I didn’t have anything that I precede, so I wanted to put his music under my label. It was one night, just me and my brother and it came about that, everything I’ve been doing has been a success. So, I decided to name my label Success with a six because I have worked with a lot of people from the Six, which is in Canada, and my background [has] so much [of] the Six — pyramids and everything speaks for itself. Success has been coming towards my way and I don’t see why not call my label that.

11. What does 6uccess look for in an artist when it comes to deciding on who gets signed?
It’s like just before, as much as what I look for in managing as well. I’m looking definitely at the talent, especially that the artists have a good following and consistency because I need artists who are taking their career to another level — that no label is putting their money behind them, but the artists are putting everything behind them — that’s the artists, who I want to work with.

12. Why would it be important for an artist to sign to a label?
It is definitely important to sign to a label, due to the fact that no one, you’re family [or] friends, don’t have the funds to put in behind you — such as a personal investor [would]. I think the best thing for an artist to do is to sign with a record label so that record label can give them the $100,000 and the money that they’re looking for to pursue their career.

13.Who else can we expect to see coming out of the 6uccess or The Navarrete Group?

I would say you’re going to see a lot of successful people coming out. Right now, I’m working with Nel Dinero — on my behalf — we’re working on a record right now that I put together with Renegade, which Renegade has the biggest record in the world with the TikTok hit single. I’m putting them together and I’m [also] looking to put them together under my record label, which is 6uccess Records. Now that I’m working with Lil Mexico, I’m going to look to get him a publishing deal and start working with more artists that I have been working with throughout my whole career.

14. What would you say is the motto for your label? And why?
My motto for my label would be “Keen To Succeed” because anyone that is going to be working with me, is going to get to the point that — I’m going to make sure you succeed to your full potential that you never thought you’d be. 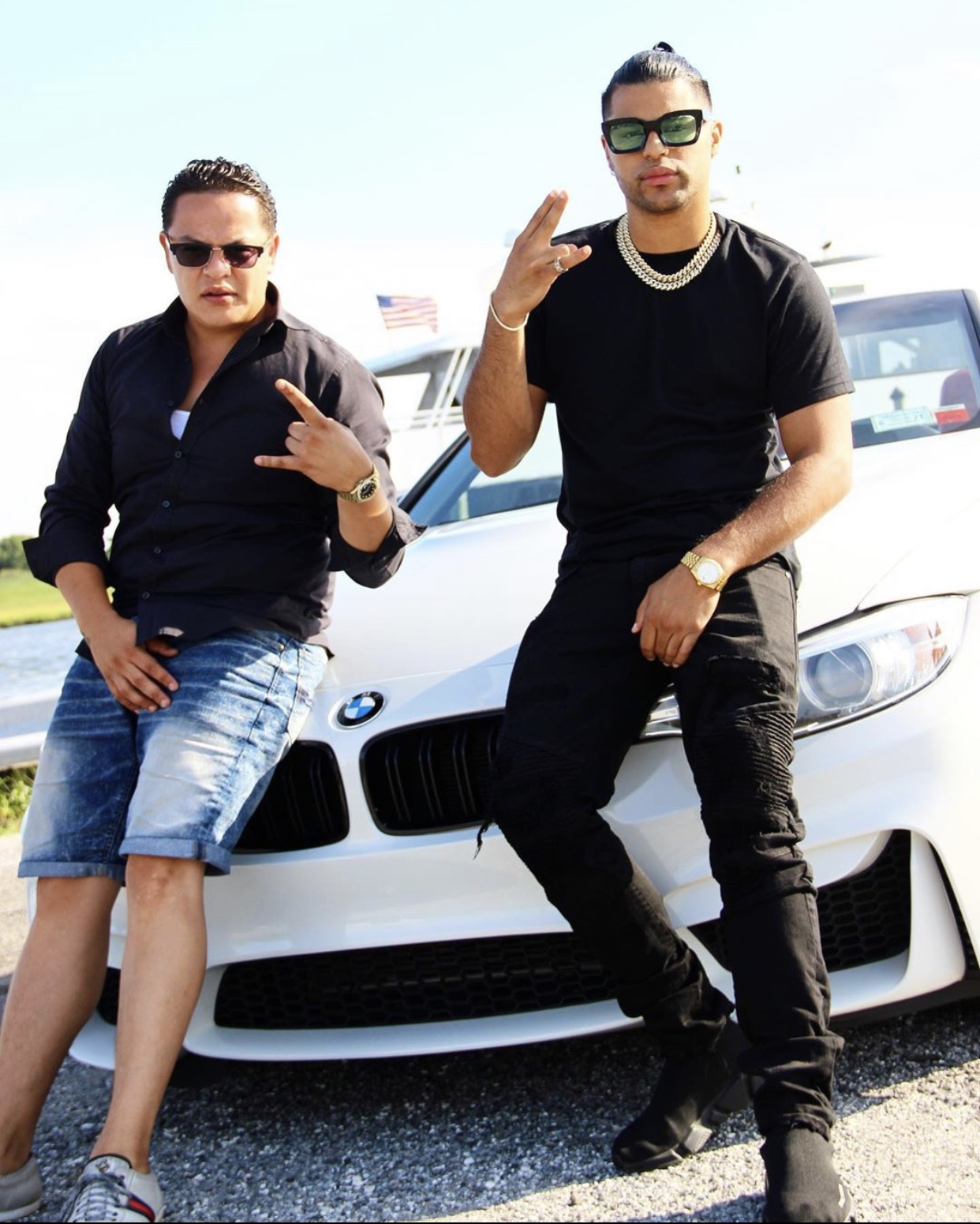 15. What is your favorite part about being able to work with artists on the business side?
Relationships. Growing and actually putting in my time and everything towards them, like if they’re family. At the end of the day, I have to give my time and effort to them because I’m the one that’s managing them, and willing to put my time into them, so I have to treat them like they’re family.

16.What are some challenges that you’ve come across since you’ve been in the industry?
I would say competition with myself.

17. What are some goals that you have for the record label, management group and yourself?
The goals for my label and managing company are to put the stars to the ceilings. 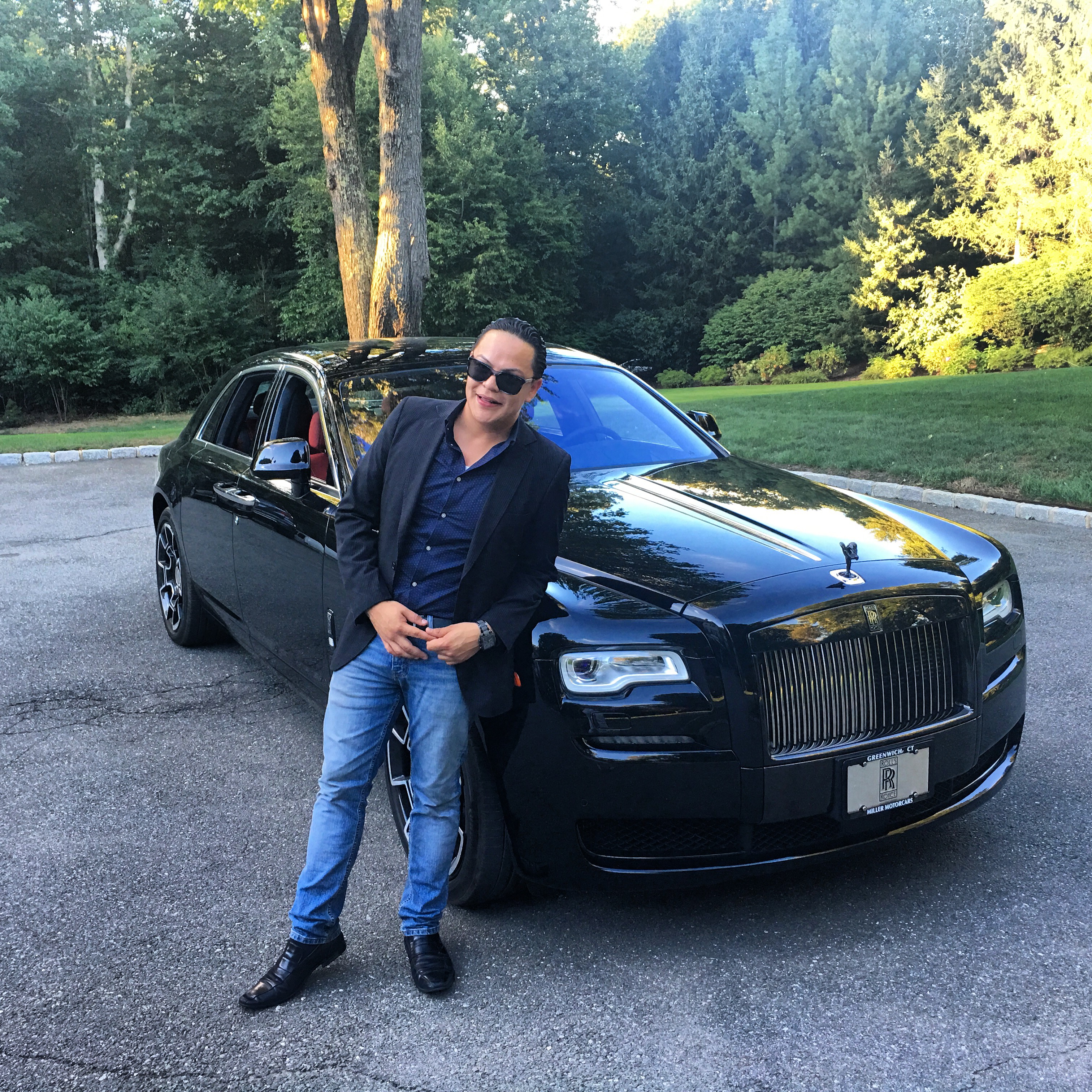 18.What is some advice that you can give to those who want to create their own label or pursue the entrepreneur life?

I would say stay consistent, be ambitious, work hard and don’t let no one tell you can’t do anything. Me, coming from a very poor country, coming here to the United States at the age of four years old, with a heart surgery, with a million-dollar bill, to my heart that my parents couldn’t afford, to the fact that the doctor was able to make it happen for us. Anything is possible, anything can happen. So don’t let no one tell you, you can’t do it.

19. What does True Urban Culture mean to you?
I would say people who stay true to their culture and make sure that they keep their culture alive, and not to forget where they come from, especially their ancestry, where everything really came from. I would say that’s definitely true culture.