All the way from the other side of the Atlantic in a country where Shamrocks, Leprechauns, St. Patrick’s Day, beer, and a whole lot of green shrouds the memory of anyone who thinks of Ireland, but the home of one of the world’s hottest rising female DJ’s would probably pop up in guess 3,252,901,042 or Never!!!  DJ Kaila Troy was inspired by the classical origins of Hip Hop such as break dancing and DJing(obviously right?); it all started when two sisters (Emra and Granya) who babysat Kaila exposed her to the Hip Hop, Rap, and R&B culture watching music videos when Kaila was younger. Growing up most of her peers looked at her as weird for taking a liking to the Hip Hop and Rap culture, but soon realized Kaila was ahead of her time! On top of being stunningly gorgeous, DJ Kaila Troy can really spin (Listen to one of DJ Kaila Troy’s top 40 mix. https://soundcloud.com/dj-kaila-troy/985-kiss-radio-mix), which makes her a hot commodity in the culture.  But before becoming a DJ; Kaila started off as a Hip Hop and Break Dancer, in Ireland’s slow but steady growing Hip Hop scene. After winning several major Dance championships, Kaila fell in love with the art of DJing when she witnessed the power of spinning music as her close friend DJ Frank Jez rocked the crowd at the Oxegen Music Fest. Soon afterwards Kaila decided that she wanted to DJ and quickly began to learn the art of DJing. 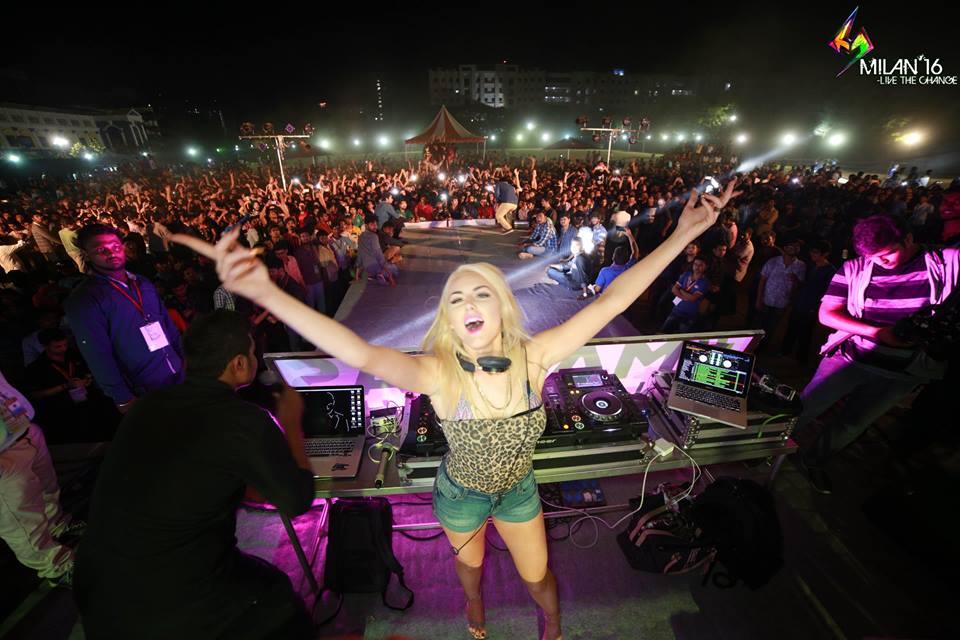 Chasing this dream has resorted in Kaila traveling all over the world and one those places were India; here is where DJ Kaila Troy rocked a crowd of over twenty thousand people at the SRM Milan Fest and discovered her true path; to become one of the world’s most hottest DJs! Kaila’s career skyrocketed after she took a step of faith to attend an international Core DJ summit in Miami. Networking and mingling at the summit, Kaila connected with some of her fellow DJ’s who’d help to solidify DJ Kaila Troy’s now sudden move to America just shortly after attending the Core Dj’s summit.

Kaila started her American career in the casinos of Biloxi, Mississippi which turned out to be an indifferent experience, to say the least. Kaila now resides in Chicago where she is currently working on her own EP and touring between LA and Chicago. Just two years in the states, DJ Kaila Troy has worked with some of the biggest names in Hip Hop such as Lil Wayne , Rick Ross, 2 Chainz and many more!!  Through the eyes of DJ Kaila Troy, True Urban Culture signifies the classic culture of Hip Hop beat boxing, break dancing, DJing, the fashionable attire and rebelistic attitudes. DJ Kaila Troy is a true testament that Hip Hop has no boundaries, geographical, cultural, or social. Next Up is the international crowd rocker DJ Kaila Troy.