Yesterday Sunday, May 27th, 2018 the Cleveland Cavaliers and the Boston Celtics faced off for Game 7 of the Eastern Conference Finals. This was a huge game for both The Celtics and the Cavs. If either team was to lose, they would not advance to the Finals and have to go home. At least that’s how it normally goes but this game had more on the line than any of the other playoff games. If LeBron James and the Cleveland Cavaliers were to lose then LeBron’s streak of going to the finals would be up and this would not be his 8th finals appearance but if they were to win, then they would end Bostons winning streak at home which was 10-0 entering play. The Celtics were defeated by the Cavs at the end of the night 87-79. If you didn’t get a chance to watch this invigorating game then check out the link below.


Now, Lebron James has not lost a Game 7 since 2008. They always say LeBron shows out in Game 7s which I definitely agree with but if you are not sure of what he can do watch the link below.

So this Game 7 had a huge impact on his legacy


This Game 7 was definitely one for the books. In the first quarter, the Celtics outscored the Cavs 26 to their 18. The Game was not looking so well for the Cavs and most of the points scored for the Cavs in the 1st quarter were scored by Lebron. Moving on to the second quarter, the Cavs outscored the Celtics 21 to their 17. I had a feeling that after the 1st half of the game, that the Cavs were going to go off… which they did. In the third quarter, the rest of the Cleveland Cavaliers started to step up to the plate and help LeBron out. In the third quarter, the Cavs scored 20 and barely allowed the Celtics to score which only led them to score 13 points for the quarter. And in the fourth quarter, the Cavs scored 28 and the Celtics scored 23. The final score was Cavs 87 Celtics 79. At one point, the Celtics lead by 12 points but the Cavs came back and dominated. The Cavs used everything to their advantage especially taking advantage of the fouls. Not to mention Jayson Tatum allowed them to make a lot of free throws because he fouled out in the 4th quarter close to the end of the game. Check out the link below for the highlights from the Cleveland Cavaliers in Game 7.

Although the Celtics lost and their postseason streak 10-0 ended and they are now 10-1, they still had a great season and no one can take that away from them. A lot of people did not expect for them to make it as far as they did without Kyrie Irving, but they persevered and almost made it to the Finals. The Boston Celtics have a lot of young all-stars in waiting on their team that are here to stay. For example, Jayson Tatum is a rookie, this is his first year playing and he almost made it to the Finals. There is a lot of talk about what he’s gonna accomplish in his career. LeBron even said that Tatum is a superstar.

Now let’s get into the Game Stats for the night. The Cavs were 30/66(45.5%) for field goals, 9/35(25.7%) for three-pointers, and 18/25(72.0) for free throws. The Cavs also had 15 assists, 2 steals, and 4 blocks. Since Kevin Love was out for Game 7, Jeff Green was put in for him in the starting lineup. The starting line up for the Cavs was Jeff Green, LeBron James, Tristan Thompson, George Hill, and Jr Smith. However, the leading scorers for the team consisted of LeBron James, Jeff Green, and JR Smith

Now when we start to start to talk about individual stats, I have to mention that LeBron James was the only player to play the ENTIRE 48 minutes last night. LeBron had 35 points, 15 rebounds, and 9 assists.

Last night Jeff Green shared that he got open heart surgery in 2012 and the doctors told him that he may not ever be able to play basketball again. So for his team to get to the finals and him playing a huge part in that is an accomplishment for him.

Also, watch what LeBron had to say about his teammate Jeff Green.

Watch for the Cavs reactions after winning the Eastern Conference Finals below.

Jayson Tatum played 42 minutes and had 24 points, 1 assist, and 7 rebounds.

Although Marcus Morris did not start, he accounted for 14 of the Celtics points, and also had 12 rebounds and 2 assists. He also got 33 minutes of playing time. 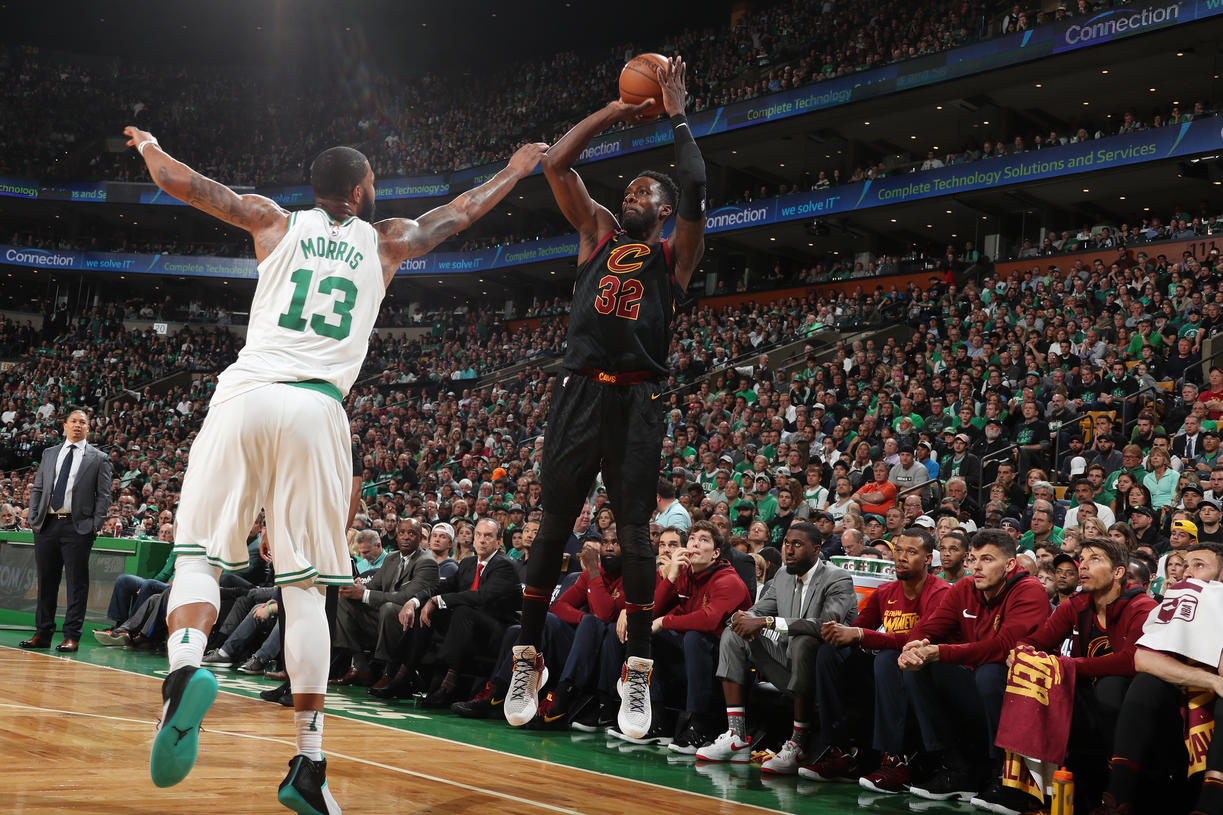 Who do you think will win the game tonight and face the Cavs on Thursday? Do you think there will be a repeat of the past 3 finals which were the Warriors and Cavs or will there be a change and it be the Cavs vs the Rockets?

Let me know in the comments below.