In the midst of Jay Z’s launched partnership with the NFL, many questions and concerns are spurring in what Jay Z’s true intentions are for this partnership. From the NFL commissioner to fellow celebrities to the millions of fans in the world of hip hop and sports entertainment, there are so many mixed reviews, questioning Jay Z’s method of approach and  how will it benefit the social injustices within the NFL in regards to race relations and how it will affect the political climate in this country as well.


In case if you were not fully aware of what’s been happening, on August 13th, the NFL announced that they have struck a partnership with hip hop mogul Jay Z and his company, Roc Nation.  The initial purpose for this partnership, according to multiple sources, is to initiate immediate change in social injustices issues and create a more effective relationship with players and NFL owners, abiding by players’ rights and demands of reform.


The Brooklyn native would even go on to say that he had spoken to former NFL superstar and political civil rights activist,  Colin Kaepernick, about moving forward with his call-to-action infamous 2016 kneel down protest to the American national anthem and create even more effective change among NFL community. 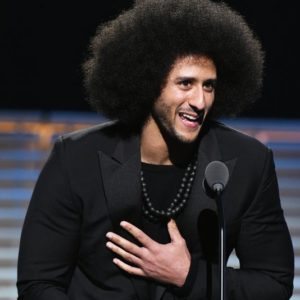 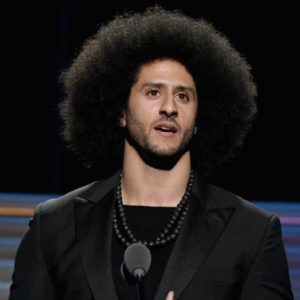 
Although most fans would support Jay Z’s new venture in partnering with the NFL and view it as act of radicalism for social change, others would argue that Jay-Z  is, in fact, a “sellout” because of how the media portrays this new friendship with NFL commissioner Roger Goodell, who in fact, criticize Kaepernick’s act of rebellion against the national anthem years earlier.  In addition, Kaepernick’s girlfriend, Nessa Diab, went on to Twitter and outed Carter by stating that in fact, Carter actually lied about discussing these ideas with Kaepernick and that he had gone forward in finalizing these ideas with Mr. Goodell without consulting Colin.

“This is a lie! COLIN never spoke to Jay-Z and NFL ahead of that deal being done. They NEVER included him in any discussion,” Diab stated on Twitter, providing screenshots of articles showing that Carter has not spoken to Kaepernick, but “plans” to in the near future.


With the heavy and distraught political climate that this nation is currently facing, from the mass shootings in Ohio, California, and El Paso, to the extreme immigration laws, we should look into such matters of potential acts of “reform” and see if it is what the headline makes it seem to be. Start thinking more critically ladies and gentleman.


What are your thoughts? Do you believe that some people are completely blowing this whole Jay Z + NFL partnership out of proportion and wrongfully accusing Hov to be a “sellout”? Or, are people making logical assessments with credible evidence provided by Diab, that possibly the hip hop mogul is actually partnering with the NFL for personal gain and creating good publicity for the progression of Roc Nation?


Tell me what you think. Thank you for reading. #TRU