“Die Lit”, an album that truly lives up to its album cover, title and fan’s expectations. Playboi Carti’s latest album, “Die Lit” came to fans unexpectedly within just a few hours before its release. The Atlanta rapper announced the news on his Twitter stating that his highly anticipated album would be out at Midnight of May 11th.

The album was received with a lot of excitement from fans all across the board. In a way, I’m not quite surprised, being that it seems that Carti’s viral success almost came overnight with his hit single, “Magnolia”. While others have known of Carti since 2009, back when Soundcloud was really beginning to submerge into the culture. Nonetheless, after his self-titled album success in 2017 and an eventful year, fans have been clinging on to every single Soundcloud snippet until another official Playboi Carti project.

Playboi Carti’s album, “Die Lit”, which was released on May 11, 2018, just in time for his appearance at Rolling Loud Festival in Miami. The album is delivered to his fans as his sophomore album following his 2017, self-titled album success. “Die Lit” consists of 19 tracks and features a number of big name artists on the album such as Nicki Minaj, Bryson Tiller, Chief Keef, Gunna, Young Thug, Young Nudy, and the unmatchable chemistry from Lil Uzi Vert and Travis Scott. On the production side, we can thank longtime partner Pi’erre Bourne for matching up the perfect vibe with his one of a kind beats in 15 out of 19 tracks on the album. “Die Lit” also features tracks produced by Don Cannon, Art Dealer, IndigoChildRick, and Treshaun Beatz. The album is a vibe from start to finish. If you can’t get into Carti’s punk-hop rap style, I can almost guarantee you’ll find at least one or two songs stuck in your head due to Pi’erre’s infectious beats and Carti’s rhythmic raps.

Before I review this album, the biggest disclaimer to be had for this project is that you must go in with an open mind. If you are one to only appreciate music for their lyrics and deep meanings, this is not for you. With that being said, this album isn’t for everyone but only for those who enjoy the specific vibe and aesthetic Carti brings along. 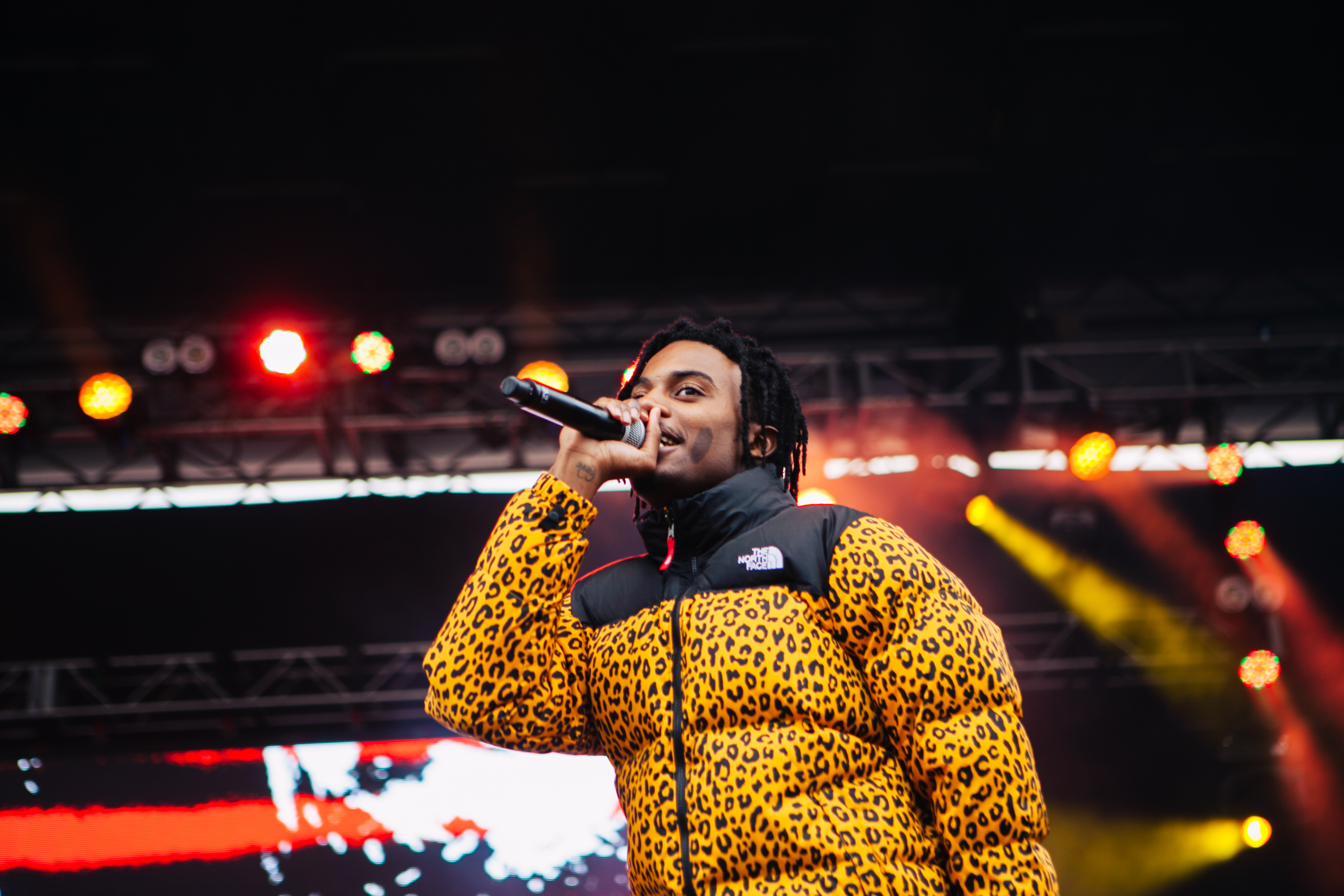 Without further due, let’s get into the album. “Die Lit” sets the tone with the intro track, “Long Time”, a song produced by Art Dealer, who has been promoting Playboi Carti’s merch and pop-up shops heavy on social media since the day of the album’s release. The song seems to be a follow up where the artist is today. From his attained success, he seems to be sharing with fans everything he has achieved since he blown up. He proudly speaks on being successful without having a degree, material things, and his mental state of happiness. Critics may claim this is a dangerous message to plead to the youth, but school isn’t for everyone. From songs in the past like, “Dothatshit!” from his debut self-titled album, his message is you can do whatever you want if you put your mind to it. In songs where there is actual lyrical content to analyze, he promotes everyone to be yourself and get rich.


In the next few songs, Carti continues to carry out the vibe with beats produced by Pi’erre Bourne, IndigoChildRick, Don Cannon, and Treshaun Beatz. The beats crafted by these producers seem to be perfectly catered to Carti, which makes most of these songs unique. “R.I.P” and “Lean 4 Real” are too contagious to skip every time they come on. While, I can agree there isn’t much lyrical content to analyze in these songs due to the rapper’s use of repetition, they’re still a vibe. Songs like “Old Money”, “Home (KOD)”, and “Mileage” seem to be more like anthems to me. Lyric wise, you’ll be able to quote some of the clever thing he says but other than that, the songs are just very catchy. My only complaint as far as production, while I love every beat on here, some of them sounded the same. The beat to “Foreign”, a song we couldn’t wait to be released after leaked snippets, sounded just like “Right Now”. I wasn’t too impressed with the production for “Shoota” featuring Lil Uzi Vert either. I only say this because I hold my expectations very high for the two when they collaborated. While I like the beat, I just wish there was more energy on the track. Other than that, overall, I am pleased with the production and can’t get enough of these producer’s infectious beats. On a final note, I was so happy to hear the “Let It Go” sample on this album as well.

As far as features go, this album definitely had more guest appearances than his self-titled album, but that’s not necessarily a bad thing. Although I feel like I would have loved more Carti verses in some songs, the feature list was quite impressive for such an emerging artist. For features we have, Lil Uzi Vert, Travis Scott, Skepta, Bryson Tiller, Nicki Minaj, Chief Keef, Gunna, Young Thug, Young Nudy, Red ColdHearted, and even Pi’erre Bourne. While we may have expected the track with Lil Uzi Vert to be receiving the most shine, the Internet was raging over the Travis Scott and Nicki Minaj feature. The track that features Travis Scott, “Love Hurts” was released on May 2, and was one of the last teasers we got before the album officially released. This song was made one of the singles from the album and everyone had a lot to say all over social media. “Love Hurts” helped depict what to expect and let us realize once again Playboi Carti’s and Travis Scott undeniable chemistry. Their styles both complement each other very well and I still can’t get enough of this song. Meanwhile in what seems to be a track for the female, the rap queen, Nicki Minaj shows off her skills on “Poke It Out”. In this song she clearly states, “You know that I stay with them great lines”, End b**ches careers, cut them brake lines” She is back and she is not here to play. In all, I was pleased with the feature list. I was definitely happy to see Carti collaborated with Atlanta artists such as Young Thug, Gunna, and Young Nudy.


Overall, the album is definitely a yes from me. Some may hate it, some may love it, but what I’m sure of is Playboi Carti has definitely established himself in the industry for who he is. His sound isn’t like everybody else’s, which has allowed him to be put in categories next to Lil Uzi Vert. My favorite songs from this project were definitely “R.I.P”, “Lean 4 Real”, “Love Hurts”, “No Time”, “Middle of The Summer” and “Choppa Won’t Miss”. Production was on point and definitely holds replay value for me. The timing of this album was perfect and will definitely be played all summer long. 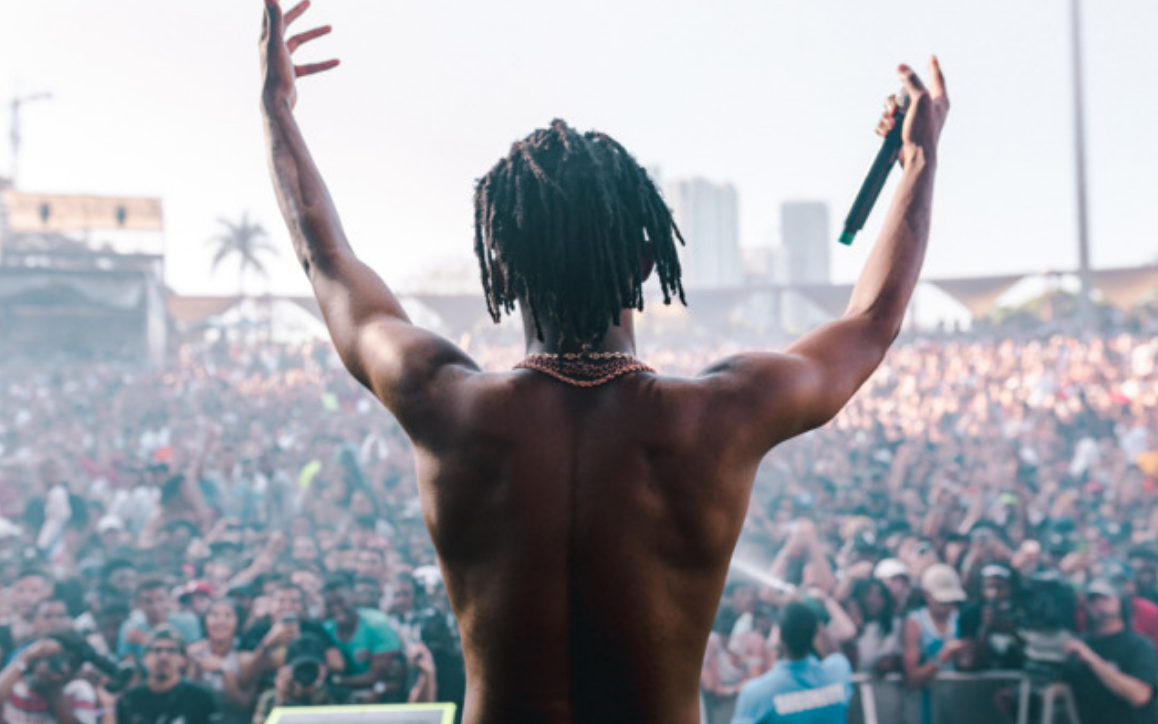 Playboi Carti’s “Die Lit” Album is avalaible on all streaming services such as Apple Music, Spotify, Pandora, Soundcloud, and etc. Be sure to read my other album reviews on TUC. We will keep you posted with Playboi Carti’s whereabouts as well as Album Tour Dates soon.