Next Up: Exclusive Interview with Floco Torres

Floco Torres is happy, and so is his music. That’s not something every backpack rapper can claim, but Floco’s moved away from the starving artist trope in favor of creating songs that accurately reflect his mindset. His new EP Again certainly fits that bill, encapsulating his newfound joy into a project that’s as uplifting as it is enjoyable.

Born in Willingboro, NJ, Floco’s moved about the country several times as he’s grown his career. While on the way to Macon, GA for an internship at a record label, he received the unwelcome news that the opportunity was no longer available. Unfazed by the setback, however, he got down to work and started making a name for himself in the local music scene by playing festivals and releasing a steady stream of music. People began to take notice, and in 2011 his following was so dedicated that Floco was able to fund his debut full-length Floco’s Modern Life entirely through donations on Kickstarter, becoming the first artist in Macon to do so.

Now a resident of Akron, Ohio, Floco is starting over yet again, and embracing the change around him on Again. Shawty Slim, current tour DJ for B.O.B., handles the majority of the production, and provides Floco with beats that perfectly highlight his strengths as an emcee. The project is certainly his brightest one yet, but make no mistake: the drive to climb the ranks further is still there. I had the chance to catch up with the rising rapper, and talk to him about his career thus far as well as hear some stories behind the creation of Again. Check out the full interview below!

Kenan Draughorne: You’ve moved around the country a lot during your career. What are the first things you do in a new city to find your base musically?

Floco Torres: It’s probably the most competitive that I ever am is when I first get to a place, because you have to be strategic about, you know, who you meet and how you show your face. It’s that first impression, it’s like when you’re young and you go to a new school, you don’t want to be an asshole out of the gate because people remember that. So I just try to find out what’s going on and where I fit, and then cement my mark. From there, people approach you at a level of seriousness or professionalism, because they know you’re serious about your craft and what you do. And, you know, just to let the other rappers know what it is, you know what I’m saying.

KD: What’s the hardest part about starting over so many times?

FT: Just losing friendships and relationships with people, growing out of touch with family, all in pursuit of something that’s really important to you, that you hope shapes your life and other people’s lives. That’s definitely what I wasn’t prepared for, as things just kept going on.

KD:  You’ve reinvented your sound several times throughout your various projects. Does your creative process change with each one, or what’s your workflow when you’re in the studio making an album?

FT: I think the process is still the same, having conversations with Shawty Slim, G Man Fantastic, IQ, you know, even just some of my friends and other musicians. Just seeing where we all are in life and how we feel, you know, and from those conversations come ideas or recommendations… it’s all these things that are just from living life. You gotta go into your brain, and then you go in and just make records, like that process is the same every time. 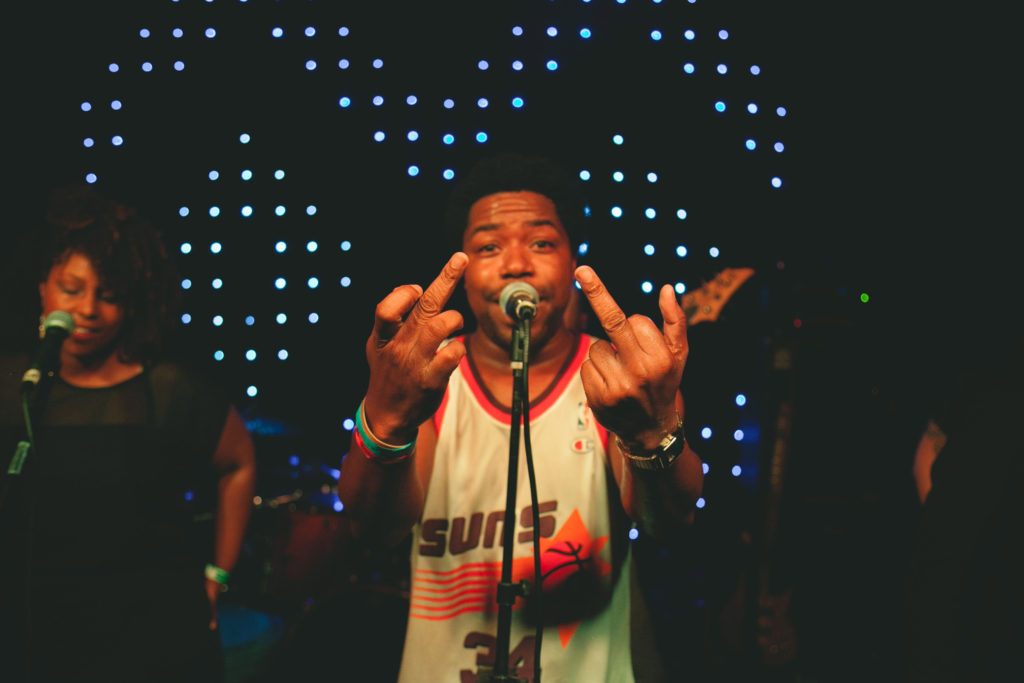 KD: So you described Again as a record about the process of renewal. Talk about how you settled in that direction and what pursuing that theme was like.

FT: I was in the process of figuring out which new city I was gonna move to in the second half of last year, so we just knew we wanted to record as much as possible because we weren’t gonna be in the same city. So we recorded somewhere between 100-150 ideas, and we were like ‘we’ll just pick from there.” As we began to pick the songs, I think the idea morphed into “nah, let’s just make an EP that’s about where we both are right now, just kind of starting over and getting our bearings in where we want to go from here. Both individually, we’ve been able to have a certain amount of success with what we’re doing, so we just wanted to bottle that up. And I really didn’t like what we had as a project for a very long time, because I was looking at it like this thing that had to be a concept, but then I was like ‘nah man, let’s just make a project about where we are, and get this fresh energy on it.”

KD: It definitely sounded a lot brighter than some of your past projects. Was that a conscious choice to tell the story about starting over in a positive light like that?

FT: Yeah, and I think I’m genuinely a lot happier right now for a lot of different reasons, so that reflected. It didn’t reflect in everything that we recorded, but the things that we recorded closer to the move while old feelings were starting to shed, and people were showing their true colors, just everyday life stuff. And as we started picking the songs, we started gravitating toward these songs that had this feel. And like you said, with my past projects it was a little darker at times, the subject matter a little heavier… I’ve realized that I like these songs because they reflect how I actually feel. It’s okay to be happy and shed that starving artist mantra, you know.

KD: I loved that “Nobody Knows” sample that you had on the project, it’s one of my favorite gospel records! How did you pick that as a record you wanted to sample?

FT: I had no control over that whatsoever! The studio space that we were in, they also put on shows downstairs, and there were some artists in town that I knew and I was supporting. So I was downstairs watching the show, and I think Slim just saw something and heard this song, and he was like ‘I’ll be right back, I got this idea.” And he went upstairs, and missed the entire show! So when me and my girlfriend came back upstairs to see what he was doing, I think he might have added two to three different things for the finalized product, but the beat was done. Like, it hit him in a place where he couldn’t even enjoy the show, he was like ‘I have to go do this now.’

And I think I put a verse down that night, and then we had the idea to pitch it for the Barry trailer, I worked with Adam Mansbach back in the day in 2010 or whatever. But yeah, that was all Slim.

KD: That’s crazy! Was it an instant hit for you too once he played you the beat?

FT: Yeah, it was just so… I can’t even compare it to anything, but the easy thing would be it made you feel like College Dropout, back when you first heard that. Just the whole “Nobody Knows” thing, that’s a conversation about a lot of the things that people don’t see. Like that line in the first verse, ‘you weren’t with me walking to the marathon, buying chips to survive.’ The marathon is across the street from the studio, and there would be days where we were just low on funds, and we had enough to get a 24-pack of water and some chips, and we’d be just in there all day making these records.

KD: What are your plans for the future?

FT: We’re gonna do a full-length album, we’re really excited about that. We’re working on a tour, it’ll be the first tour that Shawty Slim and I get to do together, because his schedule with B.O.B. is pretty extensive. I’ve had a solid fanbase for a long time, but I feel like there’s a lot of new eyes on what we’re doing, so it’s really just building everyone that’s here. The goal is just to keep putting out records, keep touring, and keep building on it, you know. I would love for one of our songs to end up in a movie or something, but we’re just gonna keep creating and keep going. When this became a thing to start taking seriously, the goal was just I want to be a musician for a living. So if I don’t sell a million records but I can pay my bills putting out rap songs, that’s a success in it’s own right to me.

Message from Floco Torres: Again is out right now, please check it out, I hope you enjoy it, I hope it makes you happy when you listen to it. The full-length will be coming within the next year, I’m definitely not in the space where I can do that Lorde thing, where you can go away for like four years. So we’re gonna try to put together a full-length album that is the best possible thing that we can do very soon! 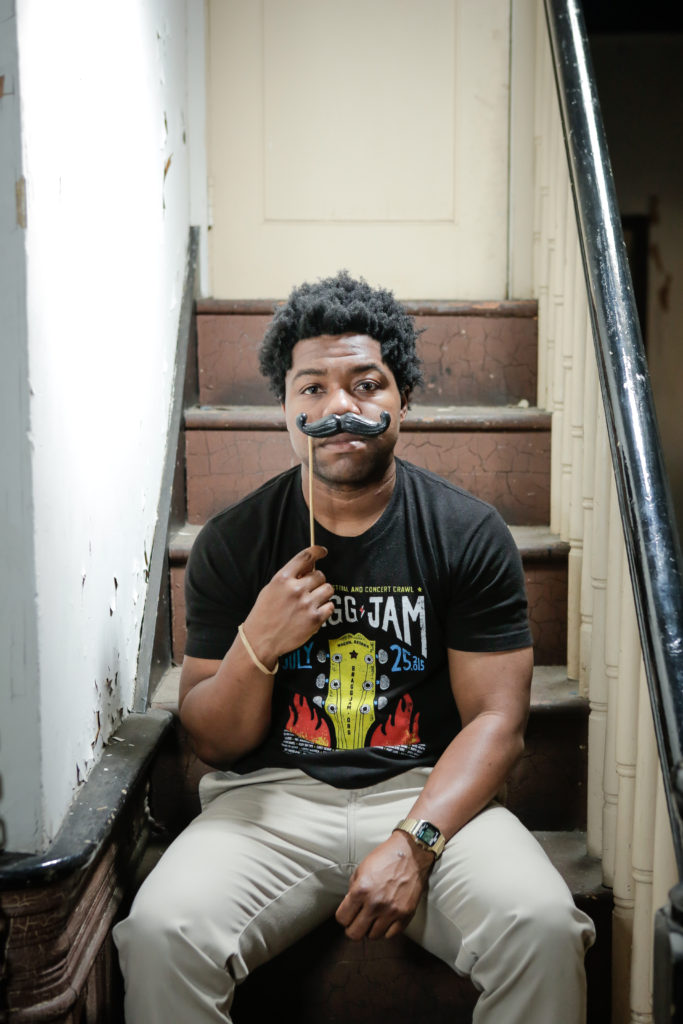