Make Way, The Dutchess Has Returned!

With five months left in the year, 2016 has already been one of the most distinctive, unique, passionate, innovative, and compelling years in music thus far. We have been served Lemonade; we took a trip through The Life of Pablo; we’ve experienced the dark freedom in ANTI and we’ve taken a trip through the 6 with Views. It doesn’t end there. This year also marks the highly anticipated return of the Dutchess herself, Fergie! And this time around she’s enlisting all of the gorgeous moms or shall I say “MILFS” for her new record and video. 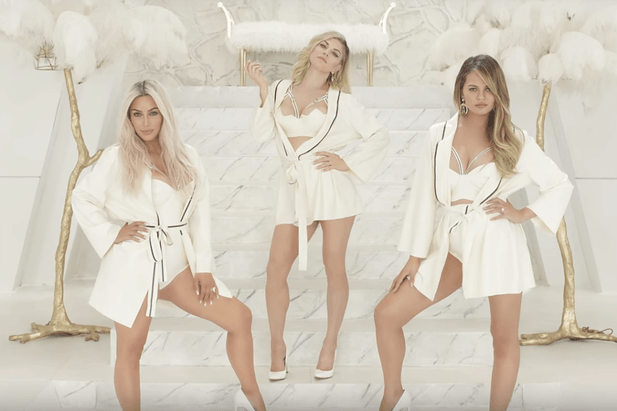 On Friday (Jul 1), Ms. Fergalicious made her comeback known with the release of a song entitled “M.I.L.F. $” Hours after she dropped the song, the California native then released the visuals for the song and I must say, the video is a must see. It is definitely something you would expect from the “London Bridge” star. The video features heavy sex appeal, colorful wigs, racy, vibrant outfits, and a bit of 1950’s housewives vibes. Let’s not forget to mention, the video also includes many famous, beautiful “MILFS” Fergie recruited the likes Hollywood’s most beautiful moms such as: Ciara, Kim Kardashian-West, and Chrissy Teigen to name a few. The video also includes Alessandra Ambrosio, Gemma Ward, Tara Lynn, Devon Aoki, Angela Lindvall, Isabeli Fontana, Amber Valletta and Natasha Poly. Celebrities including Ciara, Kim Kardashian-West, and Chrissy Teigen took to twitter to help promote and support both the song and video. 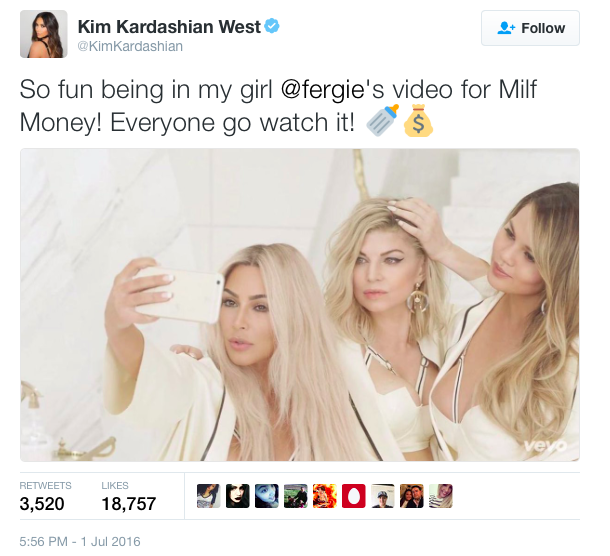 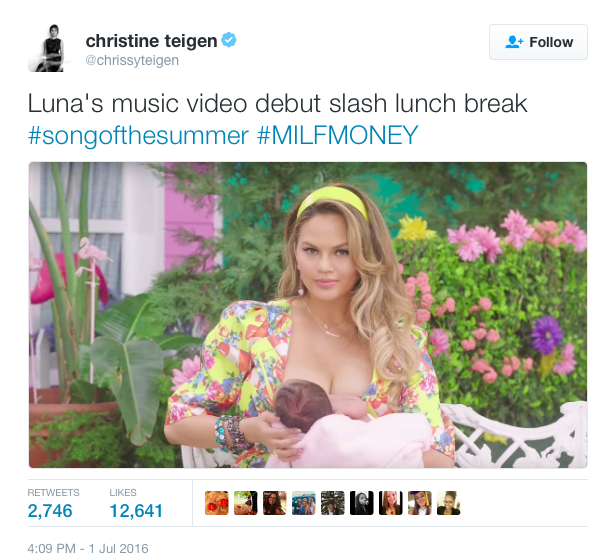 The video starts with a milkman going through out the neighborhood in his “Moms I’d Like to follow” truck as Fergie chants “You got that, milk money/ I got that MILF money!” As he circles through the neighborhood the viewer can already see the direction Fergie is heading toward for this video. The video is an empowering tune for all moms. The video empowers and encourages the women who do it all (having a career, taking care of their families, and ultimately still maintaining confidence in themselves and their beauty. Although the video is all about empowering women, Fergie manages to keep it sexy with various cut scenes and sensual outfits. The song is very fast-paced with a mixture of pop and hip-hop. Fergie reminds everyone that she’s back and better with fast charismatic bars, slight dance moves, and flawless physique. The song has definitely joined the competition for summer banger. It’s a feel good song that makes everyone want to get up and dance simply because of its beat and production. Women of all ages, background, races, etc. will love the song. It is perfect for women for any and every occasion (going out with your friends, getting ready for work, going to the club/ party, you name it). 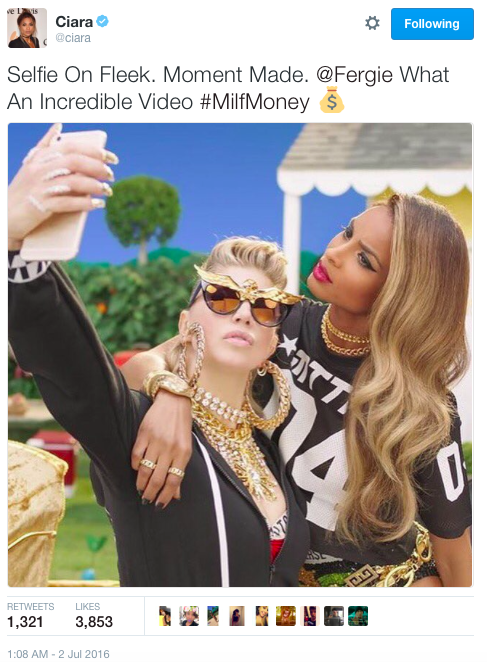 Fergie’s absence from the music world has been felt heavily all over the globe. We have not received an album from the “Glamorous” star in almost ten years; when she released her first solo studio album “The Dutchess” in 2006. Fergie did BRIEFLY return to release the DJ Mustard produced single, L.A. Love in 2014, but then quickly vanished into the shadows again. Although it feels as though eons have gone by without new music, Fergie is back and working harder than ever. There are reports that her album is coming very soon. However, Fergie’s husband, Josh Duhamel has kept the public very aware with what is occurring with his wife’s new music and album. He revealed that the album is reportedly titled “Double Dutchess” and that it should be releasing later this year. He also brought up that the Dutchess might be touring within the next year!

So now fans and Fergie lovers all over can finally sigh in relief because Fergie is back, better, and stronger than before! The new music sounds great, she looks great, and we cannot wait to see what more she has in store for us. Until then, just keep grooving the summer away to “M.I.L.F. $,” which is now available on Google play, apple music and iTunes!