On August 6th Kanye West held his 2nd listening event at Mercedes Benz Stadium in Atlanta, GA. This event looked like a more polished and planned-out event rather than the first one, where it looked thrown together at the last minute. Kanye wore all black with a bulletproof vest with Donda on the back. He also had several people down on stage around him dressed in all black as well. The people ran around Kanye and were essentially the hype man for the duration of the event. The music also sounded more polished and mixed than the last event, and he added a few more features and more songs to the album. The night’s highlight that was all over social media was him ascending into the air at the end. 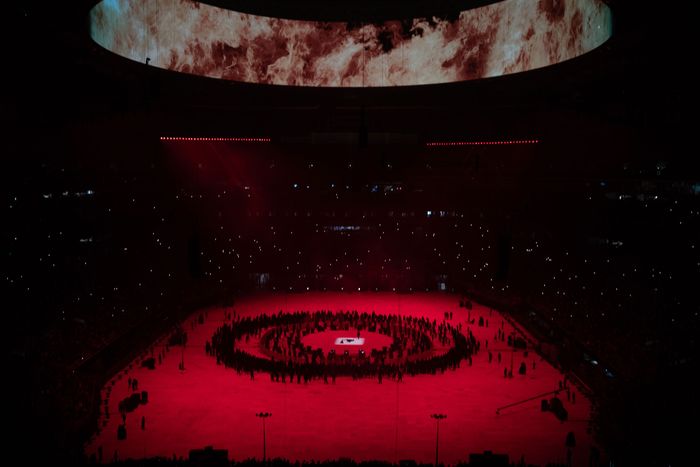 It’s great to say that the 2nd event gave us a more profound perspective as to what this album sounds like and what the overall feel of the album is trying to portray. With all that being said, we still don’t have the album itself. This doesn’t make sense to some casuals, and they are outraged that he continues to change the date. But if you’re a real Kanye fan, you know this feeling all too well. After the first listening party, Kanye and his team said that the release date for the album titled Donda would be August 6th. The album that was played at the 1st event sounded half done and not mixed yet. The first event sounded and looked like a peek into an album almost completed but not quite. So naturally, everyone accepted the release date. Now when Kanye announced another listening event on the release date of the 6th, everyone’s anticipation was that the album was coming that night. The anticipation for the release of the album grew more and more. With a 2nd event done around 11:50, everyone rushed to Apple Music and Spotify to see if the album was uploaded to stream, and not to our surprise, it wasn’t.

With the 2nd event done and no album released, everyone questioned this rollout in its entirety. Some people think that Kanye is just messing with his fans and that this is a tease just like it was for the album YHANDI that was never released; others believe he is trying to perfect this album to the fullest extent. Just recently on iTunes, Donda has a new release date of August 15th. This extended-release date puts everyone in the dark as to what or even why it keeps getting delayed and if it will get delayed again. The track Hurricane Featuring the Weeknd and Lil Baby played at the 2nd event, is the only song from the album we can see on iTunes but hasn’t yet been released. This song raises speculation from everyone that this track could be released as a single for the album. As the release date gets pushed back and no official music from the album has been released, people are growing tired of being teased with the album. 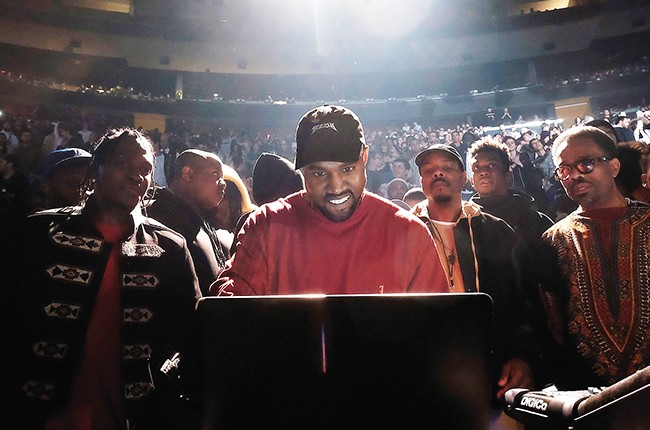 This album rollout is one of the most interesting rollouts anyone has ever seen. Kanye has had pretty wild album rollouts in the past. For YEEZUS, he played the music video for black skinheads on the side of buildings worldwide. He hosted a listening party for TLOP in a sold-out Madison Square Garden which we see in Atlanta. Also, for his self-titled album YE, he went to his Wyoming ranch to record the album and host a listening party there. So It is pretty on-brand for him to give his fans visuals and an experience with his albums and their rollout. So for him to go to this level creatively for this rollout isn’t abnormal, but the consistent change of the release date is something that everyone is still trying to understand. Is he trying to make the perfect album, or is he using this as therapy with no intention of release?

Everyone can agree that this rollout for Donda takes the cake. If this rollout has proved anything, Kanye can garner everyone’s attention when he so pleases. 2 sold-out listing events and a highly anticipated album that has everyone wondering and waiting for it. We can only wait till the 15th to see if there is another listening event, or just the album will drop, Or maybe the album will be pushed back again for all we know. Is he trying to create the perfect album, or is he just sharing his thoughts over the years of his inner growth with everyone at these events through music? We will all have to wait and see on August 15th.