Next Up: Jasmine Villegas is Ready to Show The World What She’s Made Of

Some may remember Jasmine Villegas from Justin Bieber’s “Baby” music video, others may remember her from the popular hit song “That’s Me Right There” featuring Kendrick Lamar. One things for sure, Jasmine is all grown and back with new music! Jasmine spoke with TUC Magazine and discussed her journey to success, working with huge names in the industry, and her new song “The Devil Wears Prada” , featuring her fiancé Ronnie Banks! 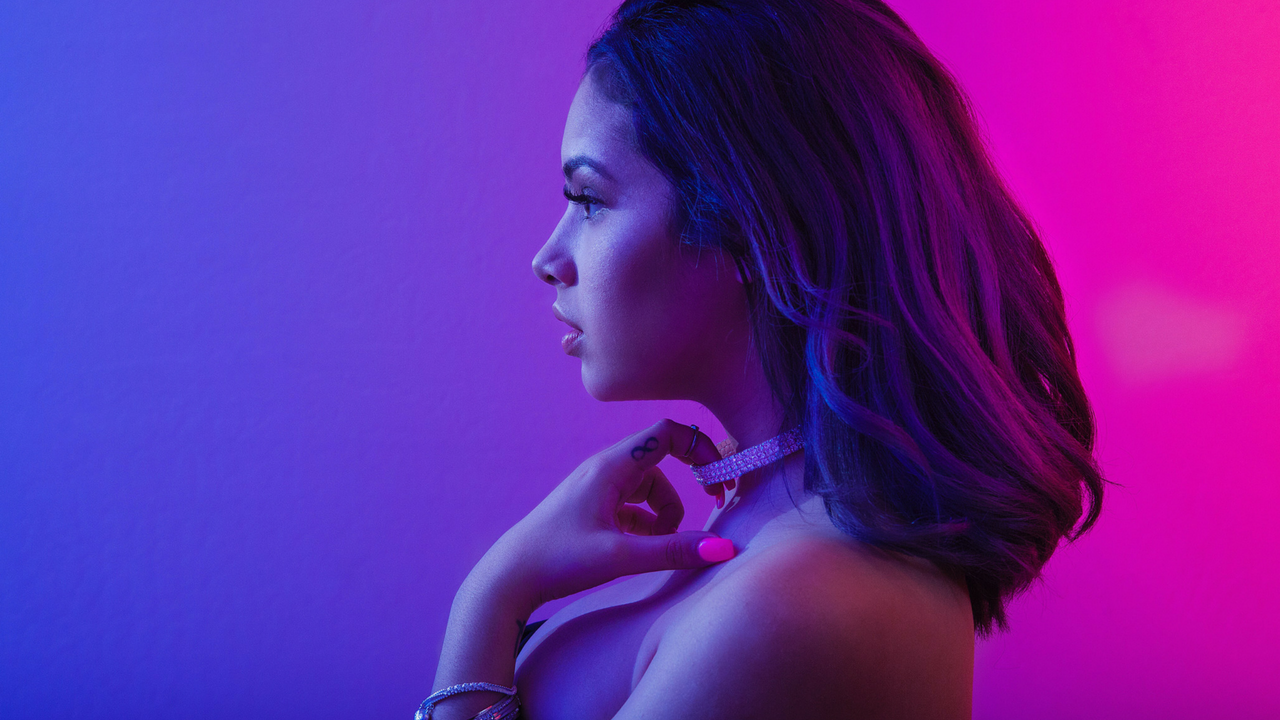 Massiel: You are started out in your career at a very young age. What was the path you took to pursue music as a career?

Jasmine: Well I am originally from the bay area so when I was young my mom actually put me in pageants. I loved being on stage and being in front of everybody. I ended up started acting and modeling from that point on. After that, I went to LA to pursue that. One day, I was walking down the streets of LA just singing and some guy was walking in the opposite direction of me and heard me singing. He said that he was starting in the music industry and could introduce me to people that he knew. I started recording YouTube covers and I ended up meeting the right people. I got signed at the age of 12 to David Nash.

Massiel: Do you wish you would have started out later in life or do you think it’s good that you started out young?

Massiel: Speaking of touring, how was touring with Justin Bieber as your first tour?

Jasmine: It was great. It was definetly a lot for a little girl. Performing in front of all those people and performing with great names in the industry; It was definitely an experience and I loved being on the road. It gave me my push in the music industry for sure.

Massiel: Growing up who were some musical influences that you had?

Jasmine: I loved Alicia Keys a lot. I loved the fact that she was so natural, played instruments and had a great voice.

Massiel: So you are back with new music! You recently released The Devil Wears Prada. How does it feel to be creating music again and how was the experience of making music with your fiancé Ronnie Banks?

Jasmine: It was super fun. We always joked around about making music together. We always wanted to just to see how we sounded. We finally got the opportunity and it was great. It was so much fun. You are with someone that you get to do something you love together. I was so happy to hear him sing on the song. He doesn’t sing a lot but he sounded great.

Massiel: What inspired the song?

Jasmine: I want people to grasp how relatable the song is. Everybody in life goes through being with somebody that isn’t good for them but you still want to be around them. It’s kind of like eating candy. You want it all the time but it’s not good for you later on.

Massiel: If you could work with anybody, who would you want to work with?

Massiel: What kind of role model do you want to be for other women?

Jasmine: I would want people to know that at the end of the day you have to be unapologetic for the things you do. You can’t do certain things for everybody else. That was my mistake at the beginning; I did so much to try to make 10 different people happy. I tried to get to the same goal and it was almost impossible. It’s important to stay true to yourself and you should have fun. Your career should always be fun and shouldn’t feel like a job. Having a good support system around you is also so important.

Massiel: Any projects we need to keep our eyes out for?

Jasmine: Yes, I am actually working on finishing up a project independently. I am excited because this is the first time I get to put out a project that is “me.”

Massiel: I know you are from the Bay Area, so the urban culture probably influenced you growing up. What does True Urban Culture mean to you?

Jasmine: It’s definitely staying true to yourself and putting your own little twist to things. Growing up, my older brother was into music, so i used to watch him put out music on MySpace, and then you have people like Kehlani who put out that unapologetic vibe and i definitely think those examples reflect true urban culture.