The 61st Grammy Awards also known as the most important event in the music industry took place Sunday at the STAPLES Center in Los Angeles.  If you did not get a chance to watch, TUC’s got you covered!

With 18 musical performances, 37 different performers and four dozen different songs the Grammy’s were anything but average. However, what stood out the most over the course of three hours and 40 minutes event, was this year’s efforts towards diversity and inclusion. By shedding light on some of the most musically talented women in various genres, celebrating the successful music career of Diana Ross and recognizing Childish Gambino’s, “This is America” as the record of the year, the Grammy’s showed it is becoming more progressive.

From the beginning, the show opened, with host Alicia Keys, who made a grand entrance with some of the badass women in the world, Lady Gaga, Jada Pinkett Smith, J-Lo, and Michelle Obama. 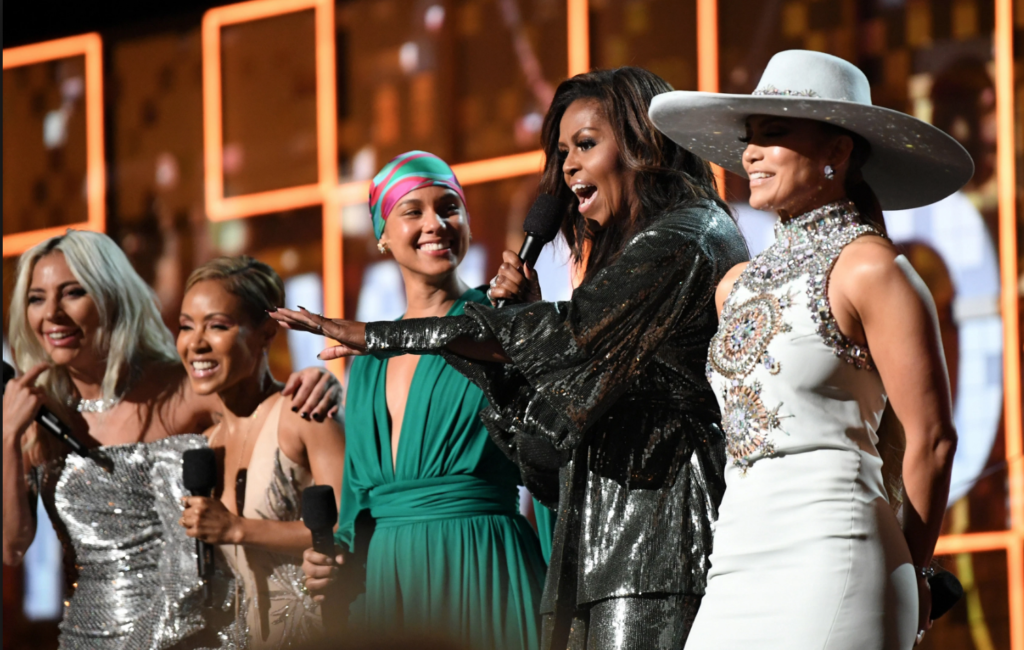 Prefer to listen in? Check out the Grammys Spotify playlist!