50 Cent Is Heading To The UK After Coachella

Coachella was a night to remember! As a closing headliner for the event, Eminem gathered a few fellow hitmakers to join him on the stage to perform some of his greatest hits. Dr. Dre, 50 Cent, Kehlani, Skylar Grey, and Bebe Rehxa all joined him in different parts of the show. Even though these artists helped him to perform some of his greatest hits, he didn’t limit the show to just being about him. Dr. Dre joined Eminem to perform ‘The Real Slim Shady’, ‘Still D.R.E.’, ‘Nothin’ but a G Thang’, and then later was joined by a hologram of Tupac for ‘California Love’. 50 Cent then went to perform his medley of ‘Patiently Waiting’, ‘In Da Club’ and ‘My Life’.

With 50 Cent hitting the stage again at Coachella he has announced that in honor of his Get Rich or Die Tryin’ album’s 15th anniversary, he will be heading on tour in the UK. His debut album was produced by both Dr. Dre and Eminem featuring hit singles ‘In Da Club’ and ’21 Questions’. It went on to be the tenth highest-selling rap albums in US history. 50 will kick off his tour September 18 at the Birmingham Arena and finish up at the Manchester Arena on September 21.

What was your favorite song of GRODT album? 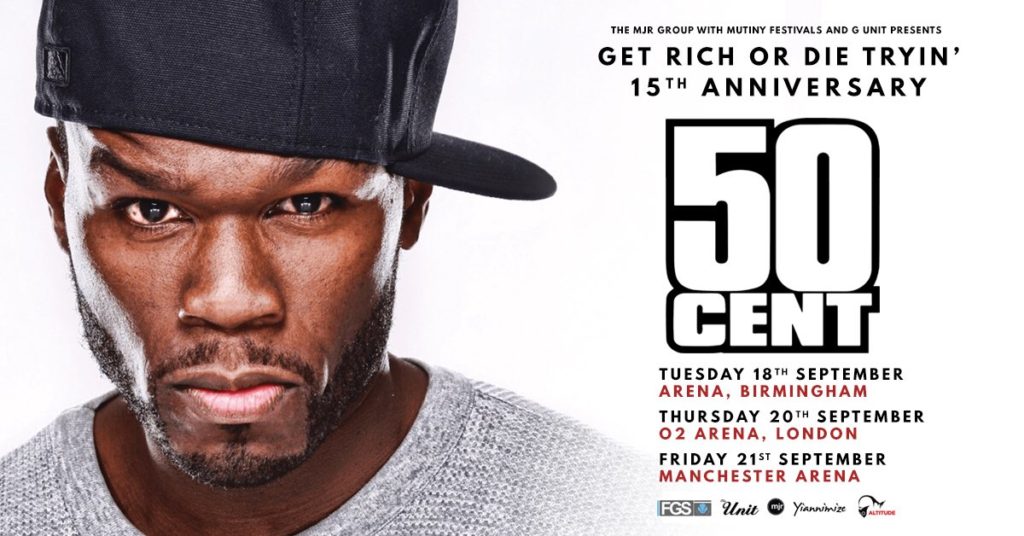