Why You Need To Watch If Anything Happens, I Love You

If Anything Happens, I love You is a cinematic masterpiece. Written and directed by Michael Govier and Will McCormack, it is a 12-minute animated film that follows two grieving parents after the death of their teenage daughter due to a school shooting. It was released on Netflix on November 20th, 2020. Whether you are pro-gun or anti-gun, this movie takes the viewer on an emotional journey of the aftermath of a child’s death, and tugs at the viewer’s heart strings (unless you’re an emotionless, heartless troll). The film begins with a man and a woman eating their meals at opposite ends of the table. The mood is somber, and the man and the woman do not speak to each other. They look down at their plates as they eat, and all you can hear is the sounds of the utensils hitting the plates as they pick up their food. What appears to be the spirits of the man and the woman takes shape above their heads, depicting the couple fighting and screaming at each other. 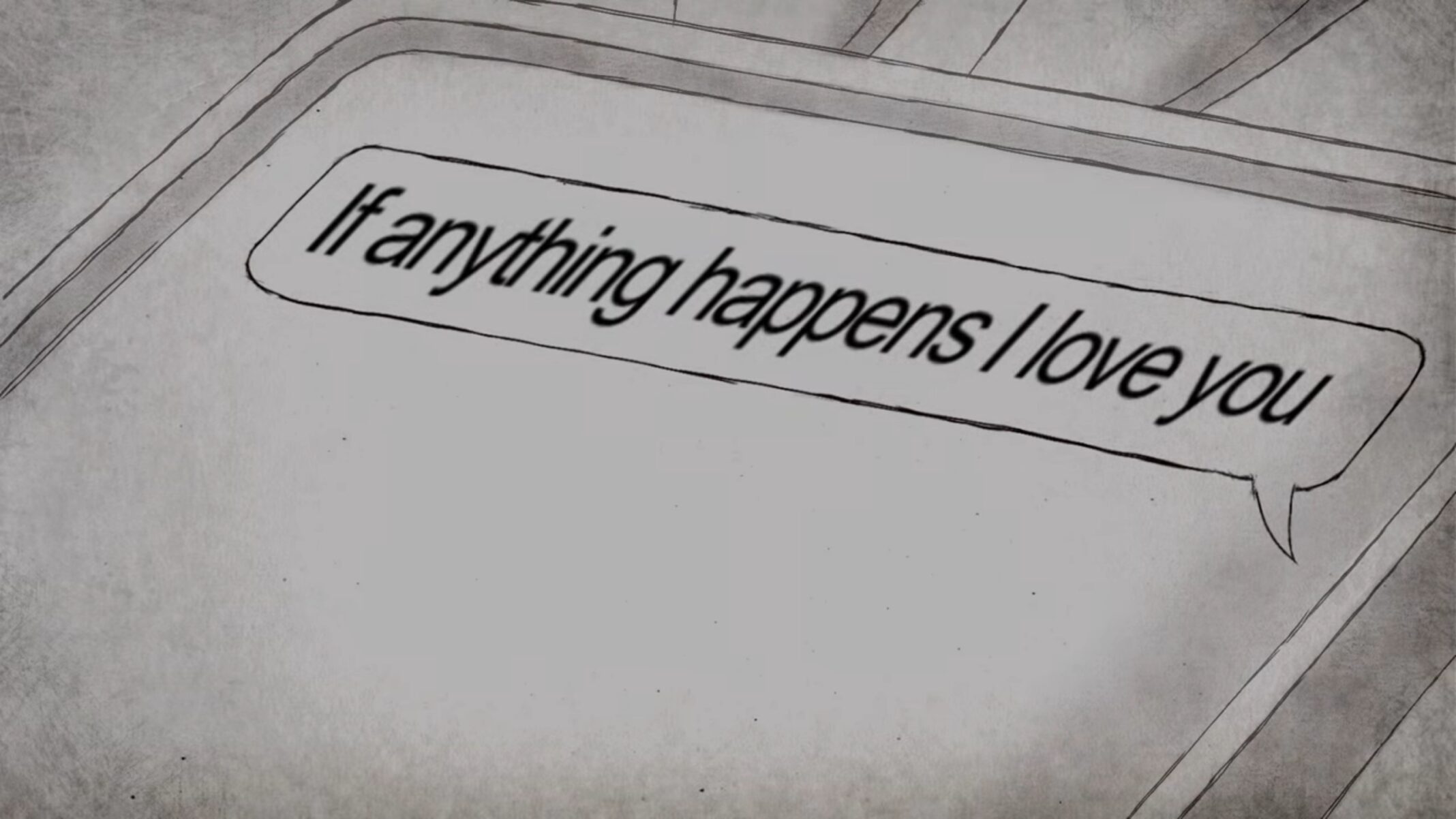 The animation in the film is so simple, but it manages to beautifully portray what life looks like of parents who have lost a child, in such a detailed way. The film follows the man and the woman doing regular daily activities, like laundry, gardening and watching TV. The film so eloquently illustrates the quiet and vulnerable moments of sorrow and grief as the man and the woman individually go about their day. There is a scene where the woman is carrying the laundry up the stairs, and she passes by what is presumably the daughter’s bedroom. The door of the bedroom is ajar. The woman looks at the door for a second, takes a deep breath, closes the door, and then continues with the laundry basket. The family cat watches the woman as she closes the door and walks away. The cat continues to sit and look up at the door as if it is waiting for someone to open the door.

The film takes the viewer through several flashbacks, including the birth of their daughter, a family trip to the Grand Canyon, and a romantic dinner with the daughter as a toddler. The play on timelines, taking the viewer from past to present, shows the complete and utter contrast between life with the daughter, and life without. The flashbacks are animated in color, the whole family is happy, and the man and the woman are obviously very much in love. You can feel the joy and the pure content that the mother, father and daughter shared with one another. To contrast, the present scenes are animated in black and white, and the mood is gloomy, and dull. The music also differs drastically between the present and past scenes. The music is light, airy, bouncy and hopeful in past scenes, while in present scenes, it is mellow and sad.

While extremely short, this film masterfully and beautifully invites the viewer into the very vulnerable and unspoken moments of grief of two parents who lost a child. There is no dialogue whatsoever, and it is very easy to follow. I actually very much appreciate that there are no spoken words. The exchange of words and conversation can sometimes be messy and just unnecessary. The quiet and vulnerable nature of the film allows the viewer to see and understand loss in a very simple, yet direct, way. This film is honest, raw, and does a beautiful job of portraying the aftermath of a tragedy in a short time frame. It’s very hard not to relate to the characters in some way, or at least feel empathy for them. The pain is so tangible that it’s virtually impossible for the viewer to get through the whole 11 minutes of the film without shedding a tear. This film is stunning and definitely a must watch.