‘Us’ Movie Review: The Ultimate Enemy is You

As the old saying goes, “You are your own worst enemy.” But what would happen if you literally had to face a much darker version of yourself? 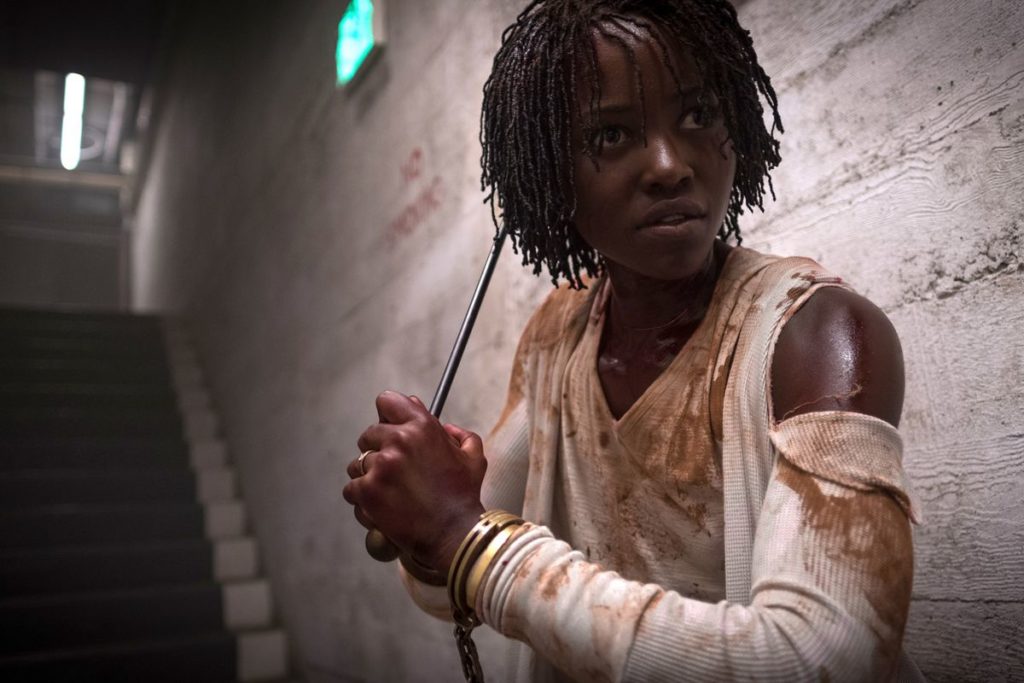 Director Jordan Peele brings the theory of the doppelgänger to life in his second feature film release: Us. Following the box office and general success of his first major motion picture project Get Out back in 2017, the renown comedic talent continues to showcase that he’s just as capable at making us think and shriek in terror as he is at making us laugh our butts off.

Slight and Major Spoilers Ahead!

Us follows the story of the Wilsons, with an added emphasis on the matriarch of the family: Adelaide. In 1986, during a vacation with her parents in Santa Cruz, a young Adelaide wanders off on the boardwalk and stumbles upon a house of mirrors. Inside, she appears to see something that shocks her so much, she becomes temporarily mute. Years later and now an adult, Adelaide (Lupita Nyong’o) apprehensively returns to Santa Cruz with her own family, consisting of husband Gabe (Winston Duke), elder daughter Zora (Shahadi Wright Joseph), and younger son Jason (Evan Alex).

Following a minor fright on the beach earlier in the day, Adelaide voices that she has an unnerving feeling that something bad is about to happen. And, not a few minutes later, the family finds themselves the victims of a home invasion. Except with a strange and terrifying twist: the ones attacking the Wilsons are…themselves. Led by Adelaide’s double, Red, and referring to themselves as “the Tethered,” the mirror Wilsons have been living unground in secret tunnel systems as part of an abandoned government experiment and have come to take what they feel is only right: a chance at a better life. And they’ll get it by any means necessary. 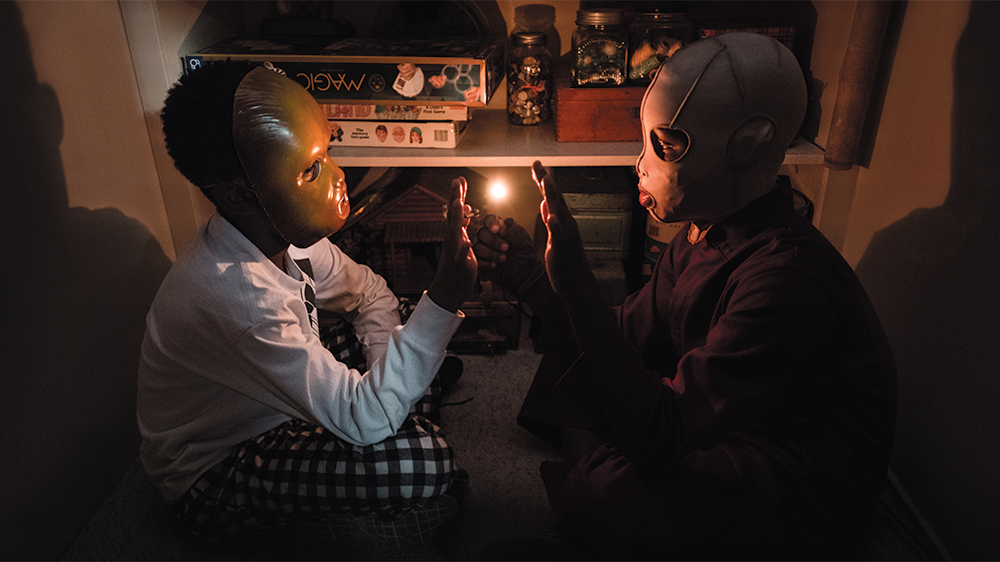 While the themes of Get Out were more blatant, with many of the extra details adding to the overall message of racial tensions, the treatment of Black America, and the use of microaggressions, Us appears to leave a lot up to the audience’s own interpretations. Many people feel that the movie is about classism and marginalization, noting that “the Tethered” were technically left to live in poverty while their above-ground counterparts flourished. Others have pointed out the feeling of duality when comparing the characters to their doubles, with the real Wilsons seeming to lack a certain aspect of personality that can be witnessed in their mirror selves, and vice versa. It’s worth mentioning that, while underground, the lives of “the Tethered” appeared to have mimicked those of their counterparts, albeit with more disturbing or unfortunate results. 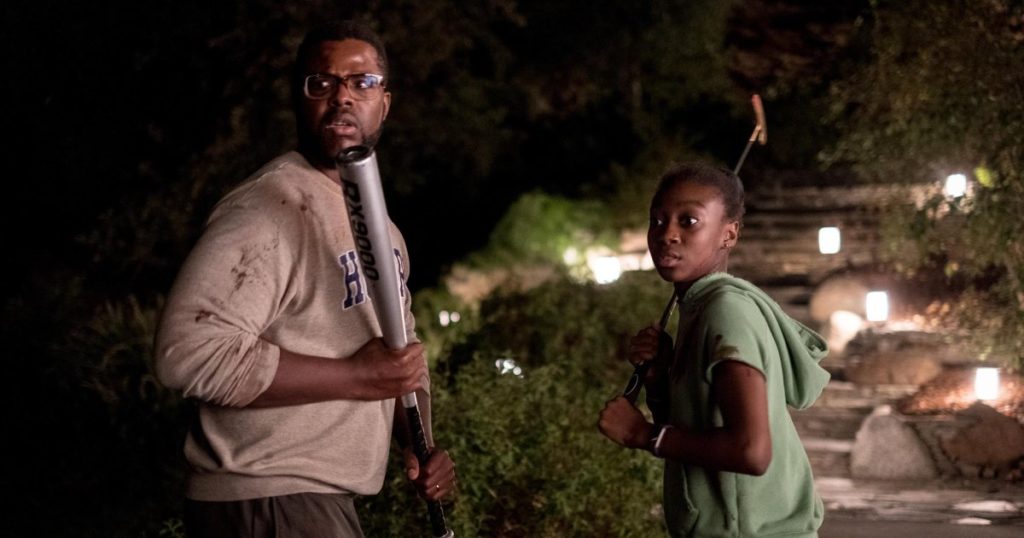 What really makes Us such an interesting film is the performances of its stars. As the film relies heavily on the idea of the doppelgänger or evil twin, the actors are required to play dual versions of their characters. This results in an amazing performance from Lupita, whose portrayal of Red is so distinct from Adelaide, one would believe she was two actually different actresses. The often robotic and precise movements shown by Red contrasting greatly with Adeline’s more quick-witted nature. 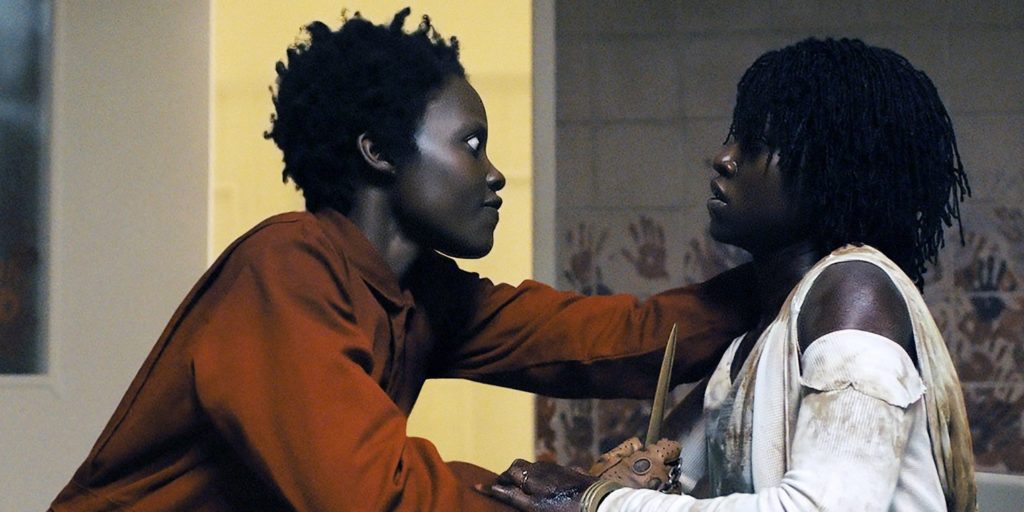 As a sophomore project, Us displays Peele’s continuing growth as a director. Being both an original concept and paying homage to classic horror movies like The Shining, Jaws, and A Nightmare on Elm Street, Us is certainly a must-see for cinephiles and anyone who loves a good plot twist.