The words and sound of Tupac Shakur has always touched the lives of many, and continues to speak to the masses at high volumes.  Therefore, when word got around that a biopic surrounding true, untold stories of the the iconic legends rise to fame was in the works, fans were elated and eager to see the revelation of the rappers life.

“All Eyez On Me” gained its title from Tupac’s fourth studio album and has been one of the most anticipated biographical films yet.  After what felt like an eternity, but in all actuality was only two long years, the film was released throughout theaters in the United States on June 16, Shakur’s 46th birthday.  Several tickets were bought and retrieved in advance of the movie’s debut.  Although the movie brought in $3.1 million box office sales on its first night, just like every other biopic, the critics came alive in full swing.

It’s hard to portray a character who’s no longer with us, especially when it comes to telling their story in the most truthful, authentic, yet respectful manner on a platform for the entire world to view.  Going into the film, Demetrius Shipp Jr., who landed the role of Shakur, told XXL Magazine,  “I took on this role to give people a side of him that they never had.  To really get a great understanding of him and his life, and why things ended up the way they did.”  But after watching the film, those who developed a tight relationship with the rapper before his unfortunate passing weren’t pleased with the script, storyline, or the way some of the scenes were portrayed. Pac’s ex-girlfriend, Jada Pinkett Smith, former director of the film, John Singleton, and 50 Cent came forth to share their opinions on the film, as well as the fans who were looking forward to viewing a film of a lifetime.  Check it out below.

Pac never read me that poem. I didn't know that poem existed until it was printed in his book.

I've never been to any of Pac's shows by his request. We never had an argument backstage.

To @KatGraham and @Dshippjr this is no fault of yours. Thank you for bringing so much heart and spirit to your roles.

Happy birthday Pac, you are cradled in my heart for eternity.
I love you.

Official! Everything I put my name on has to rise to that level…. where I'm from if you ain't "official" you ain't nothing. This too applies to storytelling and especially in the way of movies and TV which reach a wide audience. It's hard to tell certain truths when folks are used to seeing lies and being "programmed" all their lives. Just know I stand by truths when I'm telling a story and I've always made a commitment to keep it real. Anything else is beneath me. @snowfallfx 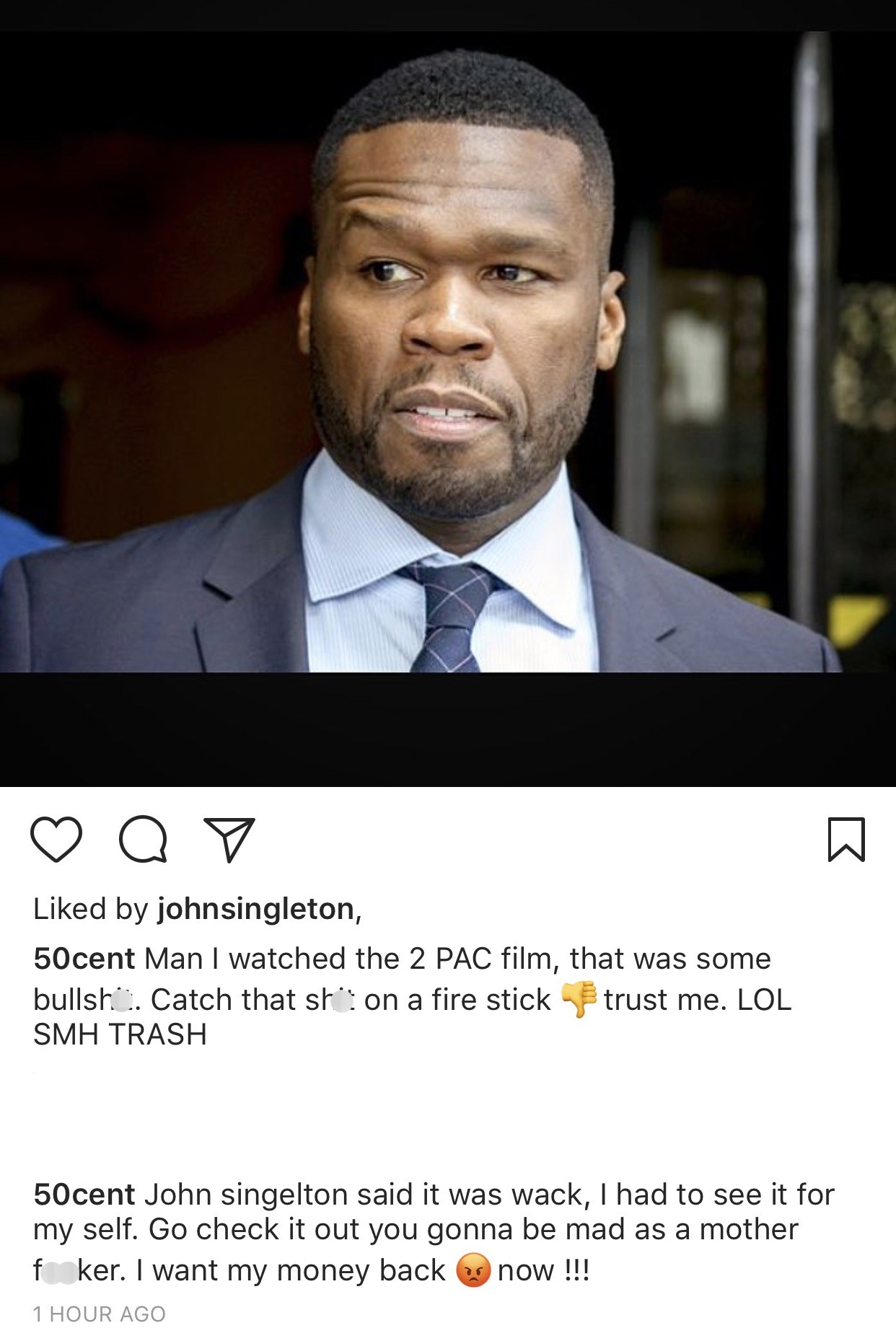 Despite the critiques and mixed reviews it’s received thus far, fans are still heading to theaters nearby to see the film and according to Deadline, it’s expected to exceed it’s original estimate to bring in between $15 to $22 million during it’s first weekend.

Previous ArticleWhitney Houston's Documentary "Can I Be Me" Has Been Officially Released
Next ArticleTUC 5: Producers to Keep on Your Radar
Comments (17)
NIPSEY HUSSLE TUC RECAP