The Untold Story of the Algiers Motel Incident

In the early morning of July 23, 1967, police raided an unlicensed speakeasy in Detroit, Michigan, arresting all 82 black participants. Two days later just a mile away, three black men were killed in a motel by white police officers. These events sparked one of the bloodiest civil disturbances in American history. 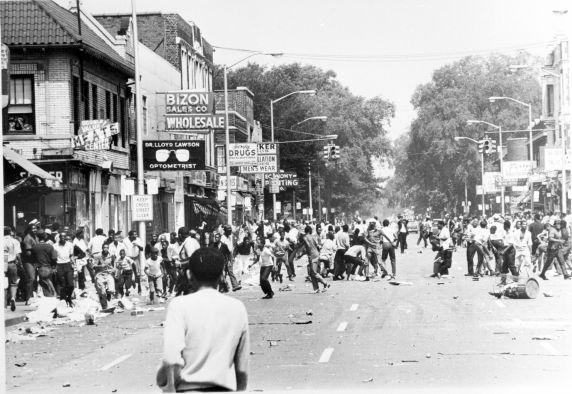 Detroit tells the untold story of The Algiers Motel Incident finally comes to light after 50 years through the eyes of Zero Dark Thirty director, Kathryn Bigelow.  This historical film features Star Wars’ John Boyega as a black security officer attempting to diffuse the sensitive situation, but ultimately being questioned about his actions that fateful night.

In the two trailers released, both black and white motel patrons are terrified as they gather under the forceful command of the police, scared for their lives. None of the officers were charged with murder.  At the end of the riots, 43 were killed and over 1,000 injured.

Some may ask ‘how historically accurate is this since I’ve never heard of the Detroit Riots?’ Well, Bigelow teamed up once again with screenwriter, Mark Boals, who is known to pay particular attention to historical detail.  Boals spent more than a year to research the Detroit Riots, seemingly sticking to the factual events of this untold story. Many journalists and reports from the incident line up with the facts Boals includes in the script.

This Hollywood feature reminds us that what is happening currently, isn’t all that different from what happened 50 years ago. Detroit premieres in theaters on August 4th.