Why Are Majority of Shows Centered Around High Schoolers?

Drama tv shows centered around high schoolers have been around for years. We’ve witness Lisa Turtle and A.C Slater in Saved by the Bell and we also witnessed Corey and Topanga in Boys Meet World. The culture of a drama tv show that follows the lives of teenagers in high school is one of the popular story tropes in television history. However, as the years go on and we’re introduced to shows like “Euphoria” and “Riverdale”, it’s a bit questionable why the tv show industry always centers around high schoolers.

As viewers, we may didn’t notice the majority of tv shows based around high schoolers since viewers grew up loving these types of shows. People adored having to wait a week before finding out what happens next. However, as many viewers shift towards more mature shows due to their age, it’s a bit questionable why it’s never television representation of young adults between the ages of 19 to 23.

It’s such a huge question on how come there’s not a lot of tv shows about college students? If you think about it, you most likely could count the number of tv shows based on college life on your two hands. When you think of college life-based tv shows, you may think about “A Different World“, which is based around students attending a fictional  HBCU. Or you may think about “Dear White People“, which is centered around the life of black students who attend a PWI (Predominantly White Institution). Then there’s also “Grownish”, a spin-off of hit ABC show “Blackish”, where it follows Zoey and her friends’ journey through college.

Many people would assume that Hollywood has become obsessed with the sexualization of teenagers. You can speculate this by the fact that the majority of characters in tv shows that are supposed to be teenagers are usually played by grown adults. For example, actress Crystal Reed was 29 when season 3 of Teen Wolf aired on MTV. The character she played (Allison Argent) was considered a 17-year-old in the show. A lot of tv shows centered around high schoolers are also very eager to include sex scenes, which deepens the sexualization of teenagers in the tv show industry. The sexualization of teenagers is always visible depending on what show you watch. In the hit HBO show “Euphoria”. Although shows on HBO are known to show explicit and graphic scenes, Euphoria displays these scenes with characters that are still in high school. These characters are seen doing hardcore drugs, having sex, and even starting a webcam account. 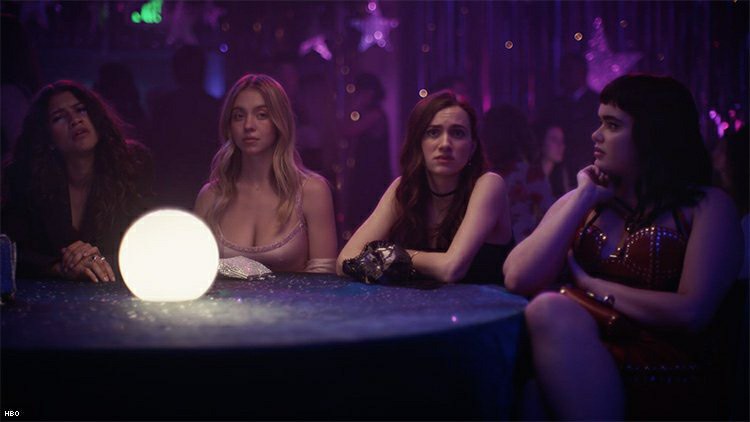 Some people would assume that high school dramas are more relatable to the public. Due to the fact that many more people experienced high school compared to college. Many people could view high school as a much broader and universal experience. So, why should tv creators create shows about college lifestyle if a good portion of the world never experienced it.

New tv shows are shown daily. From adult cartoons, comedies, and dramas, we never know what tv show will be the next big thing. However, it would be nice to be able to view a show about college life. Which means tackling the harsh reality of stuff college students go through.