The Pepsi Super Bowl LIV Halftime performance was historic for the Latin community, as it was the first time several Latin artists took the stage altogether.

The performance included two iconic women Shakira and Jennifer Lopez, whose background reflects Colombian and Puerto Rican, but they didn’t stop it there. They also received more of a Latin touch with guest’s appearances from Bad Bunny and J. Balvin.

Shakira began the performance singing her famous songs of “She Wolf,” “Whenever, Whenever,” and “Hips Don’t Lie.” Dancing in a red, sparkly dress she showed off her moves to the world as she has before, and honestly, she hasn’t lost a touch. The Colombian singer showed respect by expressing traditional dances from Colombian’s African roots called Champeta and Mapalé, which the crowd was amazed by.

When Jennifer Lopez took the stage, she began with songs like “Jenny from the Block,” “Ain’t It Funny,” and “Waiting for Tonight.” She even took a moment to express her love for her Puerto Rican background, as she wore a furry coat that opened-up into a Puerto Rico Flag. J. Lo also showed off her strength while pole dancing, as we’ve seen in the Hustlers movie. 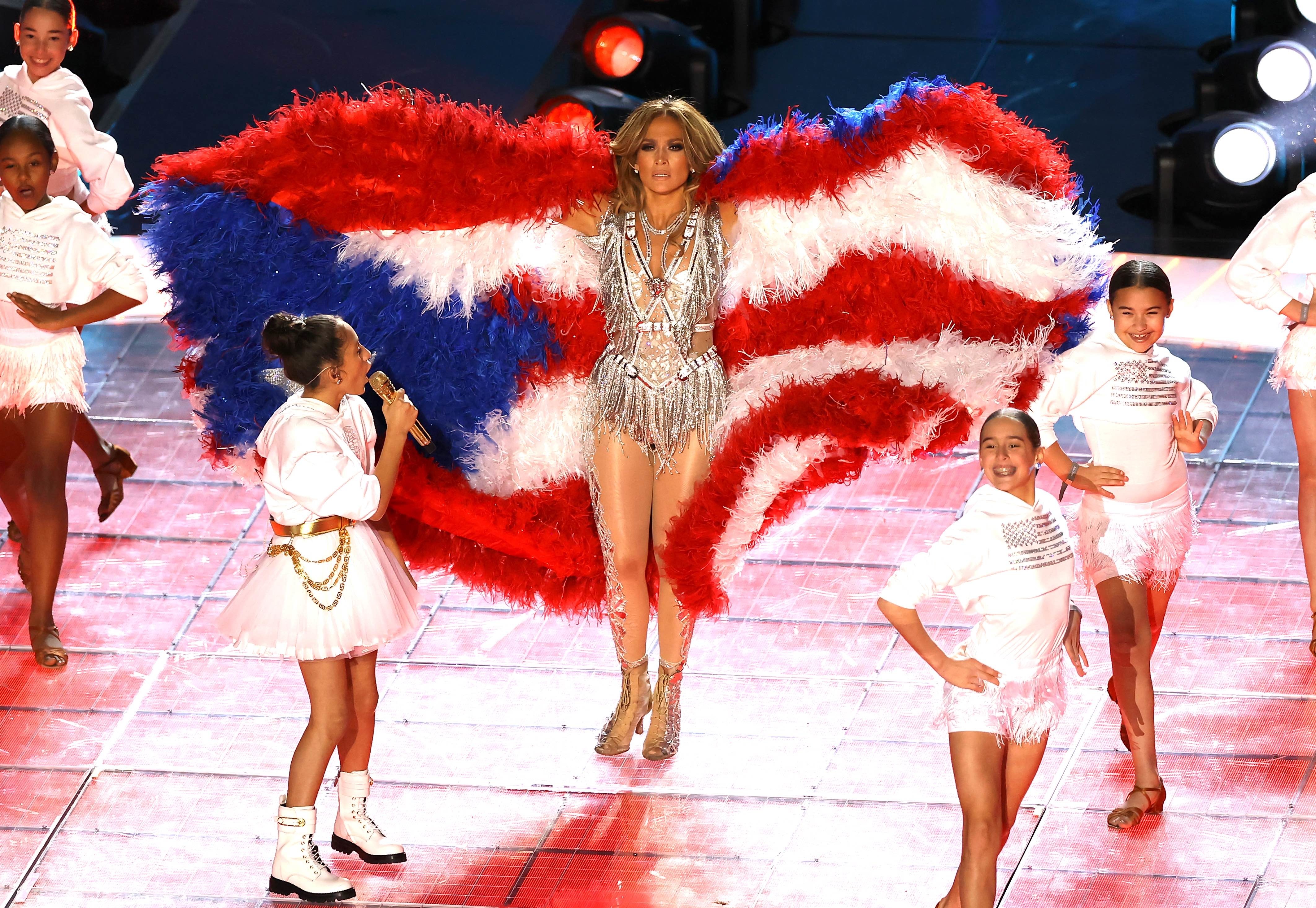 The two Latinas danced to salsa and reggaeton during their time with Bad Bunny and J. Balvin, who each performed hit songs such as “I Like It” and “Mi Gente.” They also brought out Emme Maribel Muñiz, Lopez’ daughter, to sing a part of “Born in the USA,” which we can all agree that she was gifted talent. The Children’s Voice Chorus also helped end the performance with “Let’s Get Loud” featuring both Shakira and Lopez, that many are saying brought attention to detained immigrant children.

The Super Bowl performance was an important, historic moment for the Latin community because the Latinx artists took their time to address traditions and make political statements when the world was all tuned in.