History was made last week as 18-year-old Iman Vellani landed the lead role in a new Disney Plus TV series “Ms. Marvel.” 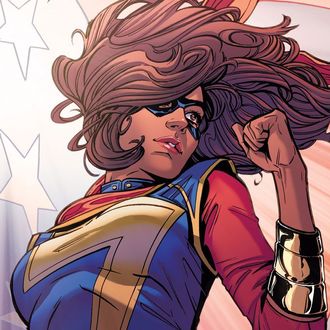 Her casting is very significant as she is the first Muslim superhero to star in her own comic.  The entertainment industry has been transforming this past year to be more inclusive, and show the spotlight to talent that is usually overlooked.  More diversity has been seen in multiple industries this year than ever, and fans are excited to see how future castings will look like.

“Muslim women have been trouped in these stereotypes used about them, that they are oppressed or submissive. This show is amplifying a character that is very rarely amplified. She represents an emerging of identity, of choice and possibility,” said Shireen Ahmed, a Toronto sports writer and local mentor for young Muslim girls.

What a joy in these trying times to see that #MsMarvel (a Pakistani American teen superhero!) has cast its lead role, a young actress named Iman Vellani! Congrats to you! I can’t wait to see the show! ❤️❤️❤️❤️#RepresentationMatters

Vellani will be playing 16-year-old Kamala Khan, aka Ms. Marvel, a Pakistani-American teen from New Jersey who dreams of becoming a superhero.  She then has the ability to extend her limbs, as well as shapeshift.  She is dealing with the struggles of fighting villains while trying to live as a normal teenager. The superhero first appeared in comic books in 2013 when she was featured in a Captain Marvel comic.  Now the character will have her own series.

“We want stories from different genders and different countries and different people,” Vellani said in a 2019 CBC interview. “I think that’s really important because then people are going to understand each other. Even if they can’t relate to it, you learn from it … Our big goal is to just help people understand other perspectives.”