Disney gave fans of Deadpool reason to celebrate this week when the company confirmed that the upcoming Deadpool 3 would in fact be R-rated. This announcement comes after Disney’s transformative and controversial Fox acquisition back in 2019. Although the owners of the MCU, it is widely known that this ownership does not give Disney film rights over all Marvel characters. While the MCU has amassed worldwide success with the slew of Marvel characters they do own the movie rights to, the divided film rights of famous Marvel characters has gotten the company into quite a bit of hot water. This most notably caught traction when a failure to come up with a renewed contract with Sony almost cost them their beloved Spiderman. For several days, the internet was beside itself with the thought that Tom Holland’s new Spiderman would be whisked out of the MCU just as he was starting to settle in. Luckily, Disney was able to smooth things over with Sony and keep Spider-Man around, but the issue of character film rights remains a major thorn in Disney’s side, or at least it did before the Fox acquisition. 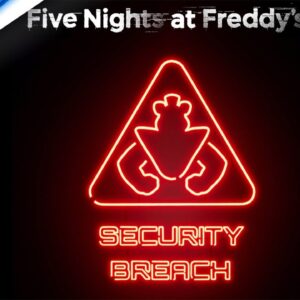 Before the acquisition, Fox was one of the only other major studios creating successful Marvel movies. Films like Logan, Deadpool, and Xmen Days of Future Past, created an MCU in which Marvel’s mutants took center stage. While Disney had long had hopes to incorporate these franchises into the MCU, without the film rights this was impossible. However, now with the Fox acquisition, the MCU has the opportunity to expand even more by incorporating these already beloved characters. While some have voiced excitement at the prospect of the Fox, Marvel characters joining the MCU, some fans have expressed some hesitancy. Specifically, in regards to Deadpool, many fans became worried that the infamous merc with a mouth would now have to be dialed down as an official member of the Disney family. These rumors only grew when at 2019’s D23 Expo Marvel presentation was devoid of any mention of Deadpool. Many grew worried that a family-oriented company like Disney would simply not know what to do with Deadpool and slowly brush him under the rug.

However, the opposite reigned true. In a recent interview, Marvel Studios president Kevin Feige spoke with Collider and confirmed that a Deadpool 3 will be made and that it will be R-rated. While the movie is not set to be filmed until late 2022, it is being written by Bob’s Burger writers and sisters  Lizzie Molyneux-Loeglin and Wendy Molyneux. Feige explained why the film would take so long to go into production,  citing star Reynolds’ busy schedule, stating, “It will not be [filming] this year. Ryan is a very busy, very successful actor. We’ve got a number of things we’ve already announced that we now have to make, but it’s exciting for it to have begun. Again, a very different type of character in the MCU, and Ryan is a force of nature, which is just awesome to see him bring that character to life.” As Feige noted while Deadpool 3 is a ways away from hitting theaters, For fans of Marvel, the next couple of years are shaping up to be great ones.