Is Captain Marvel Worth Spending Your Dollars On This Weekend ?

The marketing rollout for Marvel’s upcoming Cinematic Universe film, Captain Marvel has been botched, to say the least. The film’s lead star and protagonist, Brie Larson, came under fire for having her public comments misconstrued about not wanting the film’s press to be judged solely by white men. The film also came under fire for the trailer’s depiction of Brie Larson’s Carol Danvers aka Captain Marvel character being used as a symbol to promote radical feminism and her lack of smile…..

Some fans hated the rollout of the film so much that they even went as far as to give the film negative reviews on Rotten Tomatoes without even seeing a screening of the film. 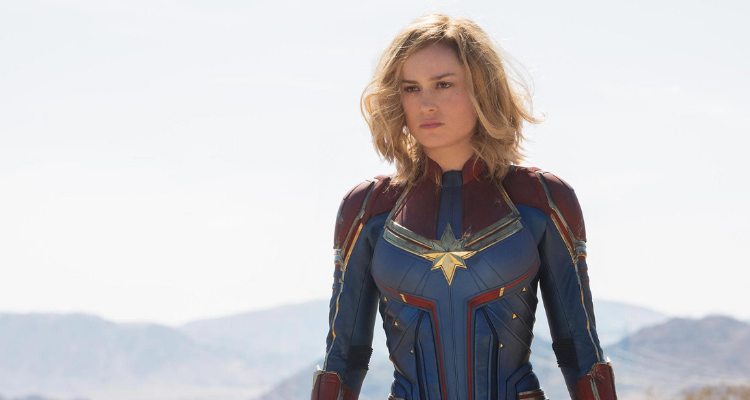 However, that was then and this is now. The review embargo for the film has been listed and many trusted movie critics are at work giving their overall impressions of the film. While some are claiming that the film is kickass, others are claiming that the only negative reviews are coming from men which in terms may mean that it would be hard to judge the film under proper context for many women that love the character and what the character stands for due to how the marketing reception was received by the critics (mostly male).

The film currently has an average score of 85% on Rotten Tomatoes but I always suggest taking rating scores with a grain of salt no matter how good or bad the reviews are because you never know the agenda behind the grading.

I was on the record a couple of years back when I stated that you should have faith in a DC Films’ Wonder Woman film and the film went on to critical acclaim and we are a year away from its sequel. And i”ll admit that I wasn’t”t confident in going out on a limb about the MCU’s Captain Marvel, but it wasn’t solely on the propaganda that may have been heavily hammered on in the film but due to the fact that Captain Marvel is and has always been a B squad caliber Marvel character at best and also because the trailer wasn’t enticing enough as the debut Guardians of The Galaxy trailer was with lesser known characters.

If the media backlash to the film didn’t discourage you from checking it out then, by all means, go check it out but if you’re looking for a trusted review from the TUC Family before you head on out and spend your hard earned $20.00 (snacks not included) then keep it locked right here for our full in-depth review coming soon.

Captain Marvel is in theaters everywhere on March 8th in IMAX and 3D.