Disney May Release Black Widow on their Streaming Service, Disney+

As 2020 steamrolls into the end of the year, its impact will be felt for years to come. Many companies have had to transition into “fight or flight mode” when it comes to their business. Those who were able to adapt will live to fight another day. The same model comes into play when talking about Hollywood. From shows to films, many companies have to cancel or drop projects altogether to help cover the cost of production loss during the pandemic. Many films this year have gone straight to On Demand. HBO Max recently announced Wonder Woman 1984 will premiere on their streaming service and in theatres. It’s a move that has many wondering what the fate of one of Disney’s biggest money makers, Marvel. 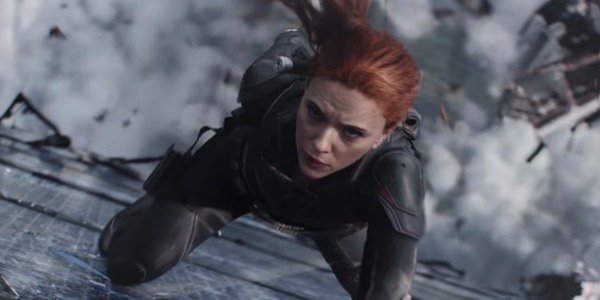 Following in the model of HBO Max, Marvel and Disney are “in discussion” with executives about releasing the highly anticipated Scarlett Johansson led film Black Widow on Disney+, Disney’s new streaming service. Originally supposed to hit theatres back in May, the long-awaited film has been plagued with delays. With no indication of the  box office returning back to normal, it seems like the only logical thing would be to release now or wait it out. Back in the summer and early fall, Disney moved numerous films to their streaming service. “Artemis Fowl”, “Mulan” and “Hamilton” all got the streaming service treatment. It seems like Disney is being careful with its favorite child. Although Disney has been firm on its decision to not release Black Widow on Disney+, recent news and rumors tell a different story.

With Disney investor’s call meeting around the corner, a “leak” has been made public online. The leak in question is a video that shows major announcements for the future of Disney+.  More films will be coming to the service as well as a new section, titled Disney 18+, for more R rated films like Logan and Deadpool. The biggest announcement is in the promotional video, Black Widow is slated to be released on April 18 with Primer Access. Primer Access is Disney’s way of releasing a film for an earlier viewing. This comes as a shock as Disney has continued to double down on their desire to release Black Widow in theatres.

Disney has a choice to make. With the film industry not in good shape right now, they have to weigh their opinions in light of the current time. A huge company like Disney should have no problem releasing a major film like Black Widow on their streaming platform with little to no blowback. If the “leak” is believed to be true, April 18th may be a problem. Many companies have already pushed their films to 2021, which could lead to a huge theatre war. For Black Widow to stand out, Disney+ may be the way to go.