All About the New Sneaker Dramedy ‘American Sole’

American Sole follows two young men (Davidson and Jackson) who begin to pay off their mountains of college debt by using the fast cash of after-market sneaker resells and trades.  However, their successes turn into a disaster as they run out of money and realize a shady investor is their only way out.

Along with Paul, the film will be produced by him and Kevin Hart.  Ian Edelman (who directed HBO’s “How to Make It in America”) has penned the script and will be the director of the film.

Stadium goods, one of the most well known sneaker and streetwear marketplace, will serve as a consulting producer on the film.  John McPheters, on behalf of Stadium Goods, will be an executive producer right beside HartBeat’s Bryan Smiley.

The film will also be starring Riverdale’s Camilla Mendes, who will play the girlfriend of Davidson’s character. 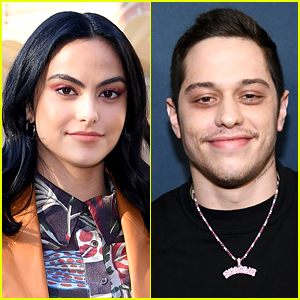 “We are always looking for ways to tap into the zeitgeist, and anyone who’s paying attention to popular culture around the world knows that this particular trend authentically marries the worlds of fashion, music, sports, and business and this project has garnered genuine interest in all of those key verticals. We believe we have assembled a dream team of filmmakers, and with the cast led by Pete, we couldn’t ask for a more exciting fit for STXfilms,” said Adam Fogelson, chairman of the STXfilms Motion Picture Group.