We are all aware of the ancient Egyptian sacramental process of mummifying their dead, whether that be through seeing photos on the history channel or through depictions within popular culture. Well, last Sunday, a huge archaeological discovery was made in regard to the sacred ritual as archaeologists just south of Cairo unearthed 27 sealed sarcophagi. Like something out of a horror movie, the excavation team, lead by Dr. Mustafa, smashed through a shallow wall to enter the cold, eerie burial chamber of Saqqara and come face to face with the coffins of individuals from a time long forgotten. The Egyptian ministry of tourism and antiquities announced the details of the breakthrough on Facebook.

Saqqara is a vast, ancient burial ground within Egypt, steeped in history of eons gone by. It served as a necropolis for the ancient Egyptian capital of Memphis. Furthermore, its home to the oldest complete stone building complex known in history; the step pyramid of Djoser, constructed to house the sarcophagus of Pharaoh Djoser. It is now however, an emerging hotspot for archaeological discoveries as recent excavations have uncovered incredible new artifacts, including dozens of 4,500-year-old cat mummies and millions of mummified dogs. Ornate tombs containing the ancient coffins of respected and beloved individuals have also been discovered in the necropolis over the past few years. As these 27 new coffins have only just been discovered recently, (despite the years of excavation at the site), it puts into perspective how much more there is to be unearthed, not just within Saqqara, but within various other burial grounds, and perhaps ones that still lay unexplored, concealed by the shield of time. 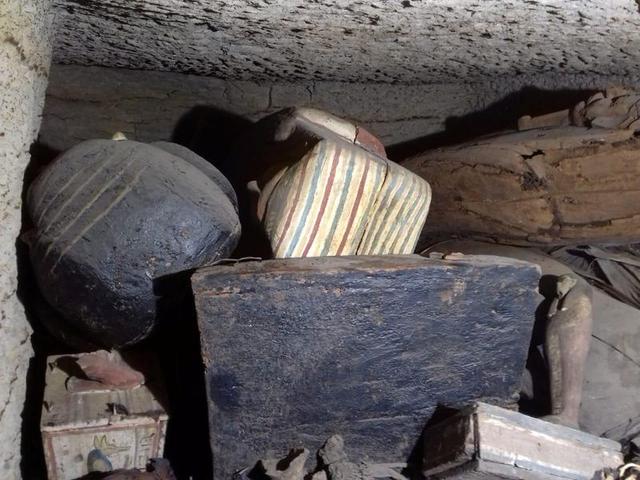 These 27 coffins were unearthed from an 11-meter-deep burial shaft and have been estimated to of been buried around 2,500 years ago. Khaled El – Enany is the minster for the tourism and antiquities group, he recently stated that the discovery at the site was the “largest number of coffins in one burial since the discovery of the Al-Asasif cachette” (a 2019 discovery). Thus, we can imply that there is still so much more to excavate and discover about ancient Egyptian culture. What’s most fascinating about this discovery, is that reports from the ministry of tourism and antiquities show that throughout these 2,500 years that the coffins lay dormant they remained totally sealed. Meaning that they remained secluded from any form of human interaction. Such a find then has really reached back into the past and touched an area of history that has been untouched for centuries.

Surrounding the tomb were many ancient artifacts such as decadent figurines and everyday household items like combs and plates. Also found in the tomb was a small wooden obelisk, about 40 centimeters in height, that had been painted and engraved with depictions of the Egyptian goddesses Isis and Nephthys, and the god Horus, one of the most renowned ancient Egyptian deities. At first glance it seems extremely perplexing as to why such items were buried with the coffins; after all, they wouldn’t be using them. However, the ancient Egyptians placed these burial gifts with their dead with the intention that they would need them in the afterlife. The act of mummifying a body and placing it within its sarcophagus was a long and arduous ritual that was central to ancient Egyptian culture. 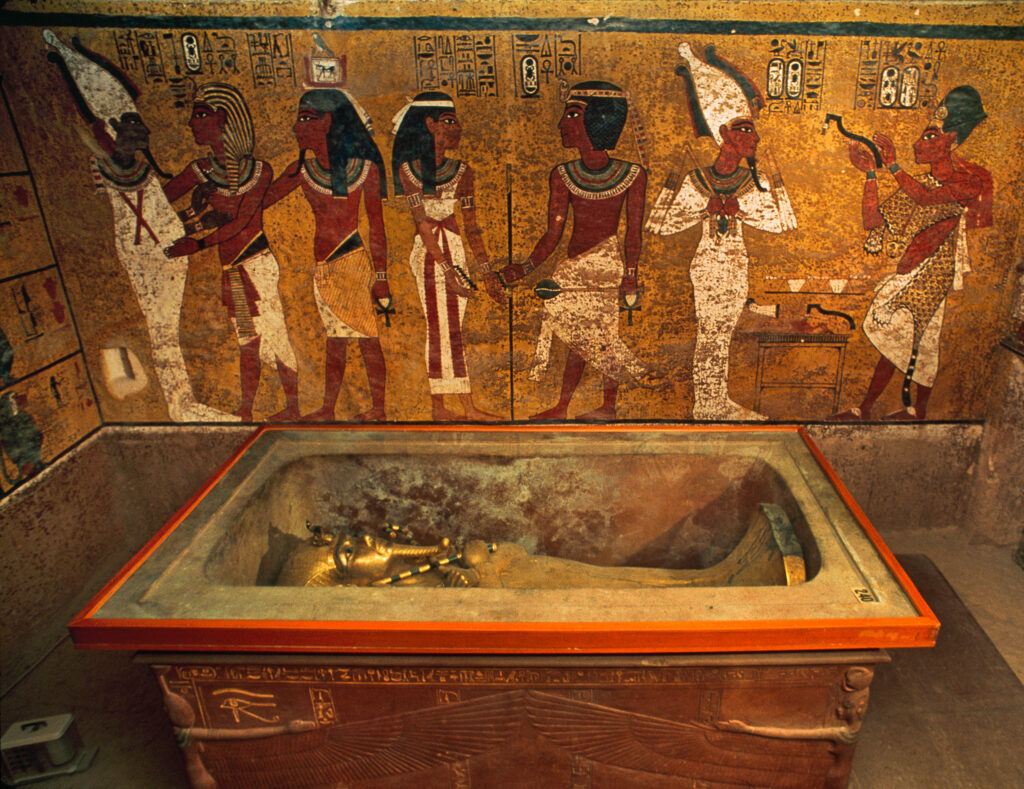 So why was it done then? Ultimately, the Egyptians believed that it was possible to live again after death, but this could only happen if the body was preserved in a lifelike form that the spirits are known as the Ba (personality) and the Ka (life-force) could recognize. If the individual did pass over into the afterlife, they took the items buried with them as well, thus, resulting in tombs packed with weird and wacky items you wouldn’t expect. There was much to be placed in the tomb that the individual would need in the Afterlife. Furniture and statuettes were readied; wall paintings of religious or daily scenes were prepared; and lists of food or prayers. It was important in their religion to preserve the dead body in a life-like manner as possible, which was achieved through the mummification process. Such a procedure was reported to take around 70 days and involve various different elements. The first step in the process was the removal of all internal parts that might decay rapidly. The brain was removed by carefully inserting special hooked instruments up through the nostrils in order to pull out bits of brain tissue (disgusting I know). Egyptians believed that the heart was the organ of reasoning and intelligence within the body, and thus, it was one of the few organs left to remain, with the others being placed in canopic jars to be preserved. Next, the embalmers removed all moisture from the body. They did this by covering the body with Natron, a type of salt that has great drying properties, and by placing additional Natron packets inside the body. Resulting in a very dried out, but recognizable body. Even now, thousands of years later, archaeologists can make fairly accurate depictions of what the mummified individual may have looked like within their lifetime. After the body had been prepared the wrapping process would begin, resulting in the iconic ‘mummy’ figure that we have seen depicted so many times in popular movies.