Zaytoven has had the south on tilt for 20 years now. Since he moved to Atlanta in late 1999, he’s seen artists like Gucci Mane, Nicki Minaj, and Migos rise to legendary status from the studio in his mother’s basement. His unparalleled production is rooted in his connection to the church, allowing him to combine his street and religious personalities to compose the industry’s finest gospel trap hymns. Trusting his God-given talent, he claims that the best magic is made when his studio sessions are organic, combining gifts that would eventually go on to change how the world would hear both rap and R&B music. In addition to his Kronos Krog keyboard, he brings his faith with him in every endeavor. In fact, he even plans on dropping a collaborative gospel album sometime soon. “It’s definitely in the works right now. I’m definitely going to be doing that. It’s coming though, for sure,” Zaytoven hinted.

While it remains signature, Zaytoven’s production has never been eclipsed from his days of Gucci Mane’s “So Icy” to Saweetie’s “Icy Girl”, cementing an archive of sound that other hit-making producers couldn’t resist exploring. Approaching his third decade in the game, his hunger is still fed by his fascination with the forever evolving sounds of rap and those who are bringing them to the game. To keep himself updated, he uses his son as an A&R to pick who he should work with, ensuring that his name will never fade. “Man, he loves NLE Choppa. He loves him so I’ve been working with him,” Zaytoven revealed.

His newest collab comes with with the self-proclaimed king of the south Boosie Badazz. According to Zaytoven, this collab was destined to happen sooner than later. But as the summer of thumping sounds quietly dwindles out, Zaytoven and Boosie dropped Bad Azz Zay to keep our fall season rocking as well. Just a few months ahead of Zaytoven’s next album, Bad Azz Zay reflects the level of mastery Boosie and Zaytoven possesses when it comes to making rap music. And for both of them, this one was for the real fans.

Zaytoven chopped it up with TUC Magazine about his new mixtape with Boosie Badazz, his third home in the barbershop (other than the church and the studio), and his plans to continue his reign as the king of the keys.

How did this collaboration between you and Boosie come about?

It started really with a phone call, man. It was kinda weird that us both being from the south, we never did any music together. So I saw him in the studio one time and we were talking about it. And then I seen him out at VIAA and we bumped into each other. You know the conversation, “Yeah, we gotta get in and this and that.” So we exchanged numbers, made a phone call, we both set up a time, and then once we set that time up, we went full force. We didn’t just want to a couple of songs, we wanted to do a whole project.

What was the recording process like for Bad Azz Zay?

Man we locked in. Every time I do a project with an artist, especially someone I haven’t worked with before, it’s a lock-in session. We did every song from scratch. I made the beat right there on the spot and he wrote the song right there on the spot. That’s what it was. We did a week at Patchwerk, we did a couple of days at this studio called Whitehall Studio, then after that, we booked Patchwerk. Within a week we had about 30-40 songs. We were knocking out songs back to back to back. 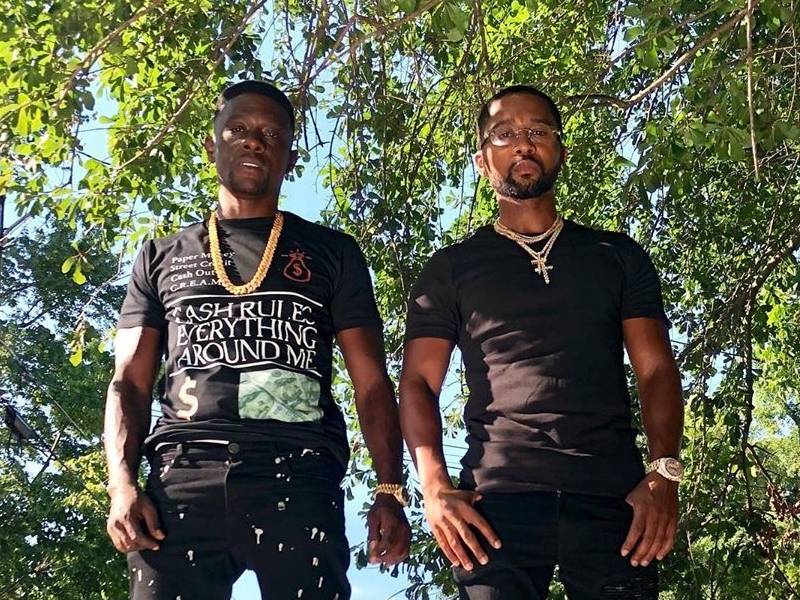 You guys have tracks that will go crazy in the streets like “Dangerous Job”, but you also have tracks that people can meditate to and vibe out to like “Pray For Me”. Which track on the album was your favorite to lay down?

I couldn’t really pick a favorite. There were just so many different vibes. Boosie is a storyteller. He’s a real rapper, he can paint a picture. So, of course, “Pray For Me” was one of my favorites. But then you got songs like “Excuse Me” and “I’m Grown”, that’s another vibe. “Stalking You” was another vibe, we were doing something for the girls. But then songs like “Elevation”… We were just going different directions. Everything was just off of the muscle so it was all a different vibe. So I really can’t pick no favorite. I just like them all in different ways.

Obviously there are keys all over this album. You’ve mentioned before that you use a Kronos keyboard to create. What other equipment is necessary for the standard Zaytoven beat?

Long as I got the Korg Kronos and the (Akai) MPC, then that’s it. That’s like my kit right there. Anything else is extra. Now a days, they got a plug-in. I used to have to take my keyboard to the studio with me everywhere I went. But now it’s a Kronos plug-in that I got on my computer so I can use that. But it’s still the same thing. It’s the MPC. If I’m traveling it’s the MPC live and I use my computer with the Kronos plug-in in it. If I’m at home, I got the full keyboard and the MPC X.

The streets are saying that Bad Azz Zay is the return of classic Zay. What do you think people mean by that? 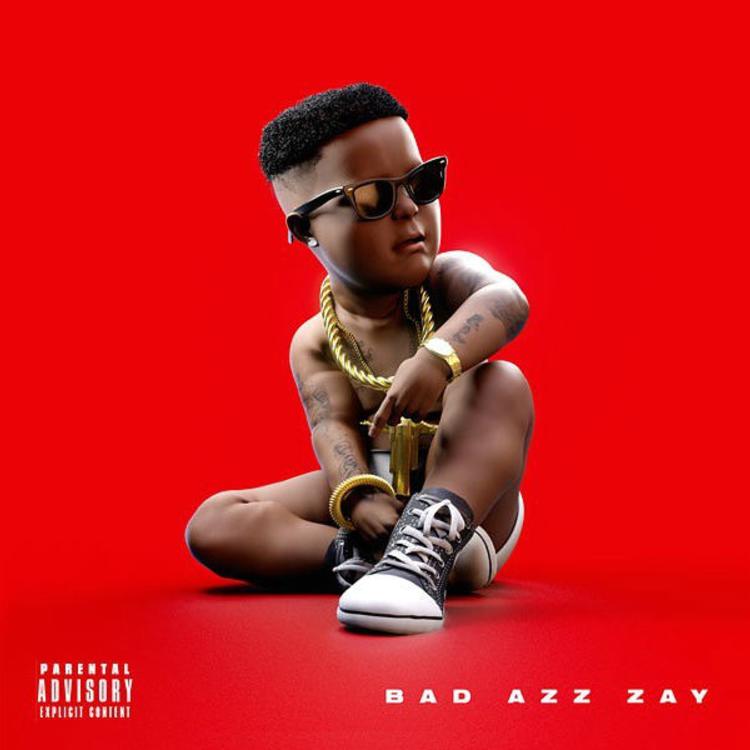 What there anything that was different in your approach to Bad Azz Zay than that of other projects?

Not really, man. A lot of times when I get with artists that I know like Boosie, who’s like a king of the south, his gift matched with my gift, I feel like we’re going to come up with something special. So I never try to approach it really different or anything because we’ve never done music before. I just brought my gift and ability to the table, and he brought his. And we made magic.

Nicki Minaj announced her retirement from music this summer. You’ve been rocking with her from day one in Mama’s Basement. If you can remember, what was one of the wildest verses you’ve seen her lay down in Mama’s Basement?

It was on a song called “Easy”. It was Gucci Mane, Rocko, and Nicki. When you get the chance, look it up. It was on a DJ Drama mixtape we did. Her sitting there writing her verse, putting it all together herself… It was just super dope. That was one of the hardest verses I’ve seen her lay at my house, at the crib.

You moved to Atlanta in ‘99. How have you seen the city change musically over the last 20 years?

Atlanta had so many waves, and they still got all of the waves. It went from snap music to crunk music, to hustling music… It was Outkast, like conscious rap… It’s a whole lot of different stages, man. That’s what makes Atlanta so special. We keep coming up with the waves. It was swag music… It probably went through about eight different phases. And it still has its own unique thorough sound.

Considering the many stages, have you kept your approach the same or do you let the artists navigate these new sounds?

Why did you sign with Motown out of all places? And how have things changed for you since signing?

It’s pretty much the same. I can put out projects the way I want to put them out. To me it was just another phase in my career, just another added measure to what I got going on. It’s good for branding purposes and it’s good to link with somebody like a Capitol Records. Motown was just a better situation. I got friends and certain people at different labels too. You know, Migos is over there and I work with them a lot. So it’s kind of like that.

You’re ill with your collabs, from Keef to Usher to Lecrae. There was even some news circulating around that you and Nipsey planned on collaborating before he passed. Who are some artists you would like to collaborate with in the future?

It’s hard to say. There are so many artists that I can’t really say. I’m just a fan of all of the music, so I’m working. I’m working with little guys right now. I’m collaborating with Lil Keed and Lil Gotit on a project. But I just love all of the new flavor, so I just like to collab with whoever wants to collab with me, forreal.

You used to work as a barber at Stonecrest Mall. What are some of the most interesting memories you have from working at the shop?

One memory is my first time playing “So Icy” in the barbershop when I was trying to convince people that I had a song that was going to be a hit. They were like, “Yeah right.” They were so used to hearing me do music all of the time. I was bringing songs in that me and Gucci were doing, so they weren’t really impressed. When it became number one on the radio, on Hot 107.9 and V-103, they were like, “Oh snap Zay you got the number one song in Atlanta.”

Another time is when Usher’s “Papers” hit number one. I didn’t really know it. Everybody was telling me congratulations and I was like, “For what?” I didn’t even know that my song was number one and I’m in the barbershop.

And then last but not least, I shot a movie called Birds of a Feather, and I was filming in the barbershop so that’s a big memory for me.

You’ve mentioned in an interview before that you used to line people up in the studio. Which rappers have you finessed?

I always do artists like Gucci, or some hustling friends of mine that be around that want to get lined up or get a haircut. They’ll just be like, “Zay, cut me up.” And then they’ll shoot me $100, if they need it.

“Make Tha Trap Say Aye” was an anthem down in Atlanta. For the rest of the world who may not know how important OJ da Juiceman is to us, how would you describe him?

It’s like Jordan without having Scottie Pippen. He’s Scottie Pippen. He was one of the guys who helped cultivate my sound. He’s one of the reasons I’m as big as I am. He’s definitely one of the forefathers of the music we created. So I feel like him tag-teaming with Gucci was just a perfect match. Every project of mine that I do, I’m always going to put OJ da Juiceman on it because that’s just my guy. He’s a dope artist and that’s my friend so I’m always going to rock with OJ.

And lastly, what’s in store for your record label Familiar Territory Records?

I’m really just looking through and trying to find the perfect artist. I’m looking to sign artists but until then, I’m going to put out my new album on my birthday, Mama’s Basement, under Familiar Territory. It’s going to be a collage of all of the old and new artists I work with. And I’m going to have a documentary to go with it.