News broke out recently that Supreme and NikeLab Will be collaborating on the latest NBA jerseys. Nike recently signed an 8-year deal with the NBA to partner up in creating the latest uniform attire for the NBA players. Previously, the NBA was working with Adidas, but that deal is no more. The official was release was September 29th. The Nike NBA Statement Edition Uniform will become available November 20th.

The Supreme x NikeLab Collab is only a rumor still, nothing has been officially finalized. The rumors first surfaced on Twitter.

@DropsbyJay initially announced the release on social media. Fans began raving about the exciting news. Another user by the name of @py_rates even confirmed it. Even if the deal has not yet been finalized, many believe there is a high chance of this becoming a reality.

The Supreme x NikeLab NBA collab will more than likely happen and sometime soon as well. Also, being given that Nike received some backlash due to jersey ripping, this may give the brand a boost in terms of their newest partnership with the NBA. The rumored release date for this newest collaboration is sometime in January. The only information at hand is the rumored colorways. It is said that they will be released in the classic black and white colorway. 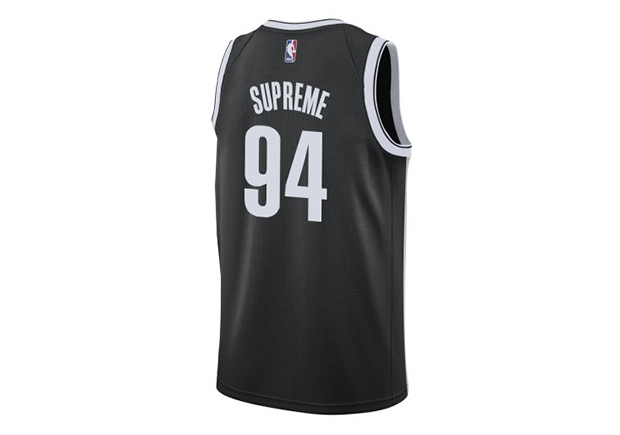 To recap, the rumors have many excited for this newest collab. While there is not much formal information on the Supreme x NikeLab latest joint project, we’ll make sure to keep you updated on the latest details.