All sneakerheads and Travis Scott fans are in for another collaboration between the Cactus Jack founder and Nike, in which Scott is rumored to be releasing the Nike Air Max 270 in March 2020.

The shoe has similar earth color tones as his previous Nike collaborations. The Air Max 270 features yellow wrapped around the bottom of the shoe, a light brown patch placed at the tip of the front with an upper base of cream to white swirl look. It also has a band running on top of the laces, which is connected to a small, purple, and light blue Nike adjustment. 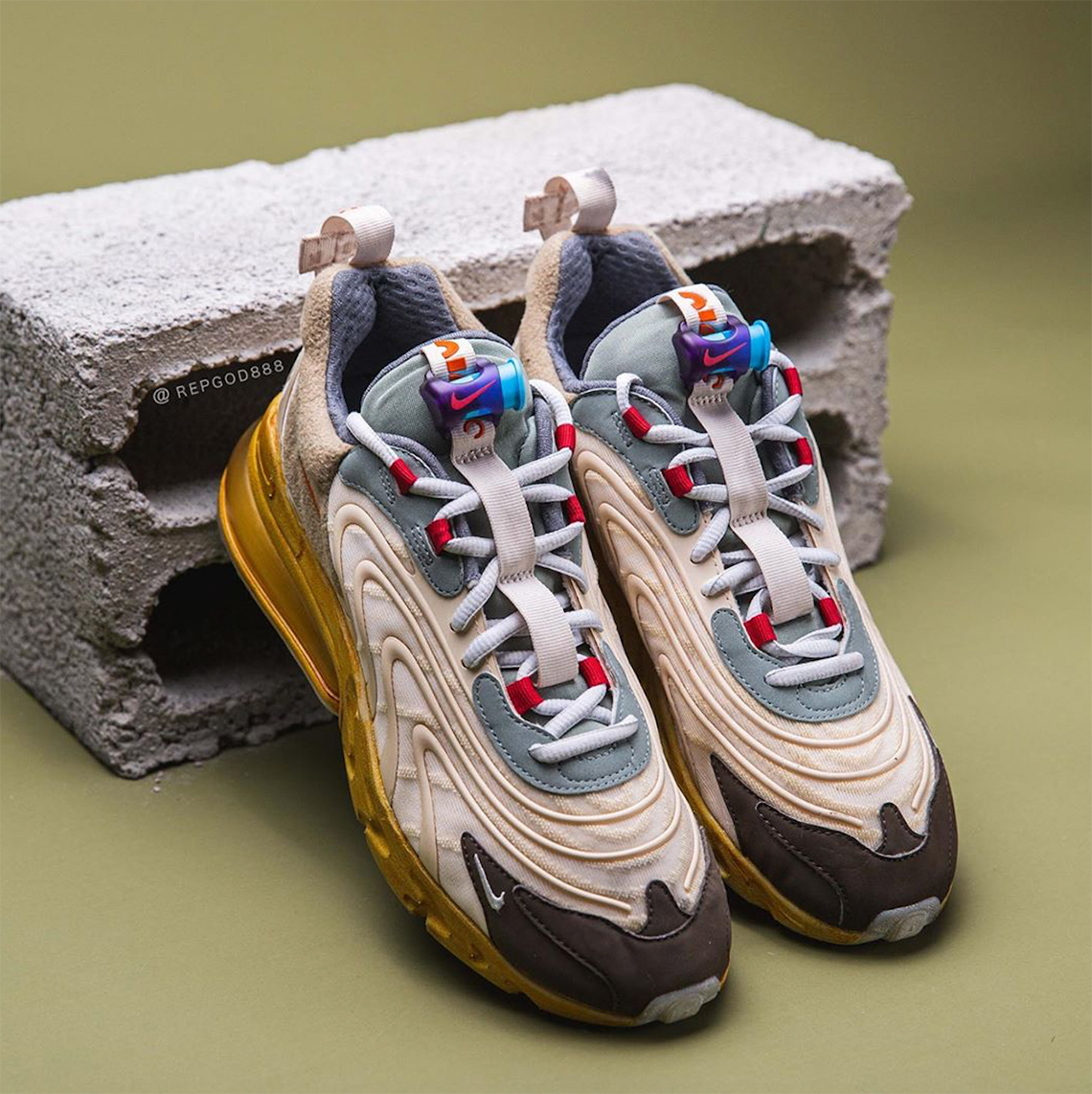 There are several Nike logos placed on the shoe in different parts and colors. There’s also the Cactus Jack logo on the pull tab that can also be found inside one of the shoes as the other shoe has a drawing of a face and the Nike sign as a mouth.

Travis Scott’s last collection dropped Nov. 2019, which was the Air Force 1 Low “Cactus Jack,” and before that was the Air Jordan 6. The previous collections also had a rare look to them that followed Scotts’ style.

Aside from the shoe business, Scott has been busy in the rap game. He recently dropped an album of 7 songs with the JACKBOYS titled “JACKBOYS.” The album includes Lil Baby, Quavo, Offset, Young Thug, and more.