Life Of A Sneakerhead

On Friday, August 3rd, Alex Webster along with many other sneakerheads were up bright and early on their laptop preparing for the Travis Scott x Nike Air Force 1 release. With all the buzz on Travis’ album Astroworld, this Nike collaboration was up for grabs by hundreds and thousands of sneakerheads across the nation.

If you’re not into the whole sneaker thing, you might not understand that there’s more to copping sneakers than you might think. I was able to get the ins and outs of the complex world of sneakers.

It’s 7:30 a.m. on the morning of the Travis Scott x Nike Air Force release. Alex along with the rest of the world is up checking their Discord group- an online group chat app that gives updates on sneakers and release dates. After creating his online profile on Nike SNKRS, he enters his account information and prepares for 10 a.m., which is the exact time the sneaker will drop. At 9:59, Alex hits enter, then plays a 10-minute waiting game, hoping the 72 hours of preparation loads to this image: 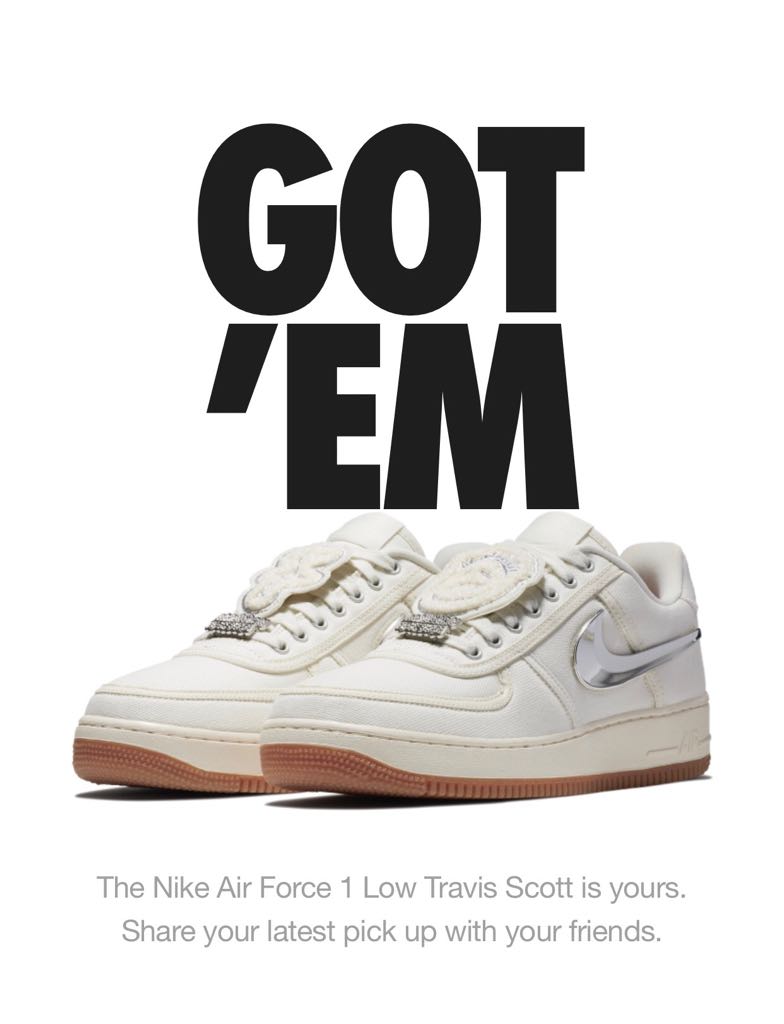 Instead, he got this: 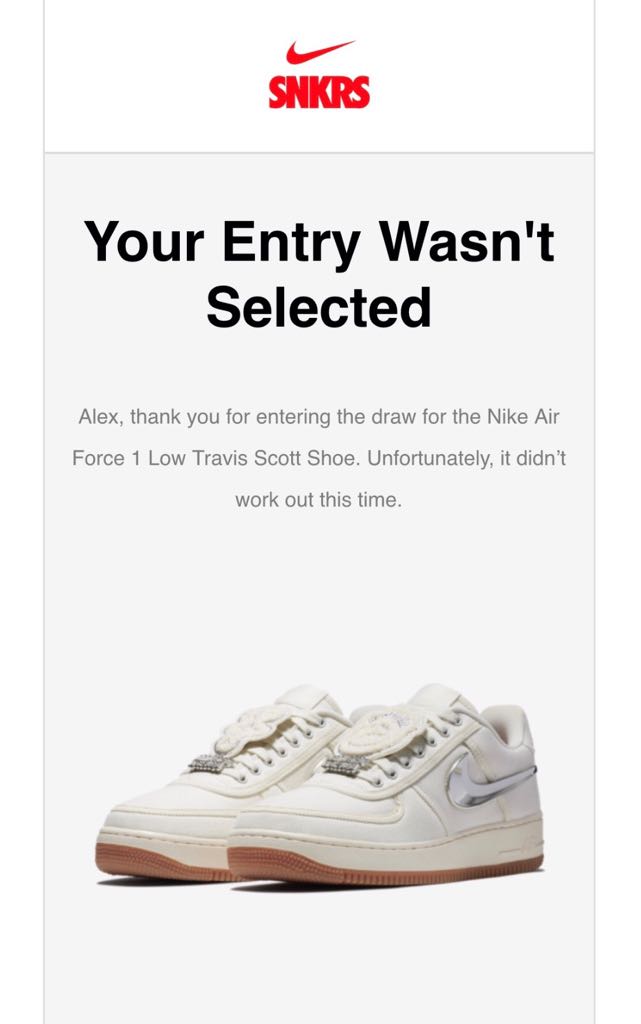 “It’s like winning the lotto”, he says. “Just gotta be lucky.”

Last week I headed over to Stadium Goods and spoke with a sneakerhead who told me about what his first taste of success copping the Air Jordan 5 Retro’s in 2011 was like. Back then, these were the shoes everyone was trying to get their hands on. Although these weren’t your typical everyday shoes, he mentioned that everyone would “gass” him, making him feel cool and accomplished. Moments like this are what can spark a sneaker era, and it could be hard to turn away from the feeling of success. Many take their skills and luck and grow it into a profitable hobby.

There are so many ways to make money in today’s society, and young people are always looking to make money fast. Sneaker reselling has been a growing market, and it’s taking over quickly. In a month, people have reported making more than $1000, depending on how exclusive the shoe is. Many are making a living from this business, and it seems like some are just more committed, and luckier than others.

It Takes Money to Make Money

It is common for sneakerheads to make quite an investment buying online apps and software that can increase their chances of getting the most exclusive shoes. Proxies, servers, and bots could cost them hundreds of dollars. Proxies could range from $50-$100 a month, servers up to $120 a month, and bots could be sold for more than $200. Although many people spend money on this software, it doesn’t guarantee that you will get the shoe you want.

Not All About the W’s

Although sneakerheads can have their strive growing for years, it’s clear that winning comes with just as many losses, probably even more so. Needless to say- the sneaker community comes together for more than just shoes. They support each other, share codes, and also tips for those who need help with the copping process.

Sneakerheads are often misunderstood, ridiculed, and sometimes stereotyped. I realized that they actually put in lot’s of work into what they do without a guaranteed outcome. As long as the passion is there, anyone, at any age can be part of the sneaker culture.