Nike is set to release yet another successful set of colorways for the Nike Vapormax. The first initial release of the Vapormaxes was March 26th, 2017 when the Pure Platinum, Triple Black, and Grey/Red colorways were released. After a wonderful turnout, Nike will be releasing three brand new colorways this morning, Thursday, June 1st, 2017 at 10 am.

The newest Nike Vapormax pack will be called the “Day to Night” pack including five new colorways in sizes available for Men’s and Women’s. The colorways are meant to mimic colors you would see in the sky with a mere contrast on the shoe’s see-through bottom. The Men’s colorways include Blue Orbit, Glacier Blue and College Navy. The Women’s colorways will be Artic Pink, Violet Dust, and Glacier Blue as well.

The Nike Vapormax “Day to Night” pack will be available online on June 1st, 2017 on Nike.com and select retailers. This running and lifestyle shoe will cost $190. We expect these new Vapormaxes to be sold out just like the previous release of the Nike Vapormax in the colorway “Asphalt”. 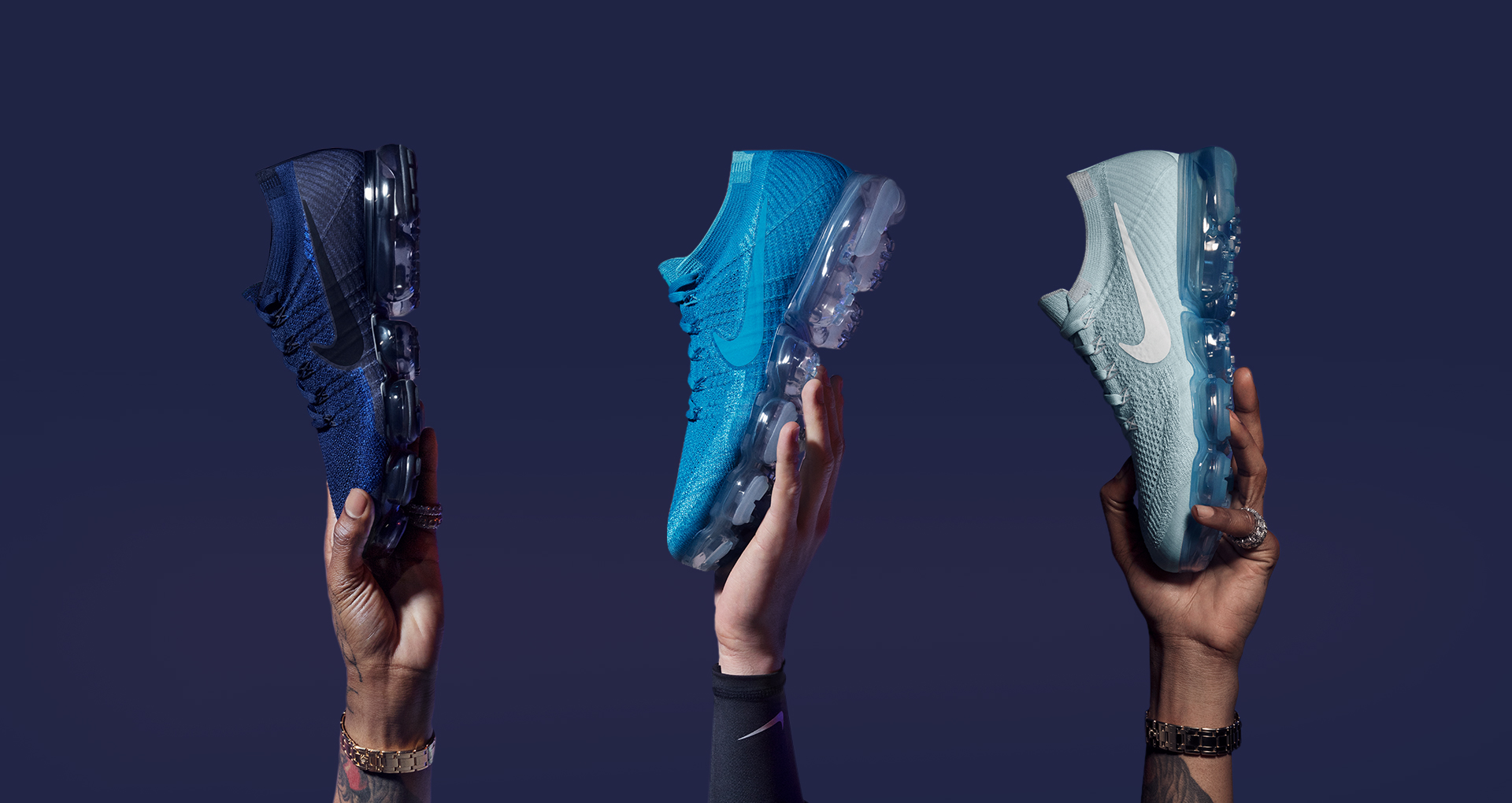 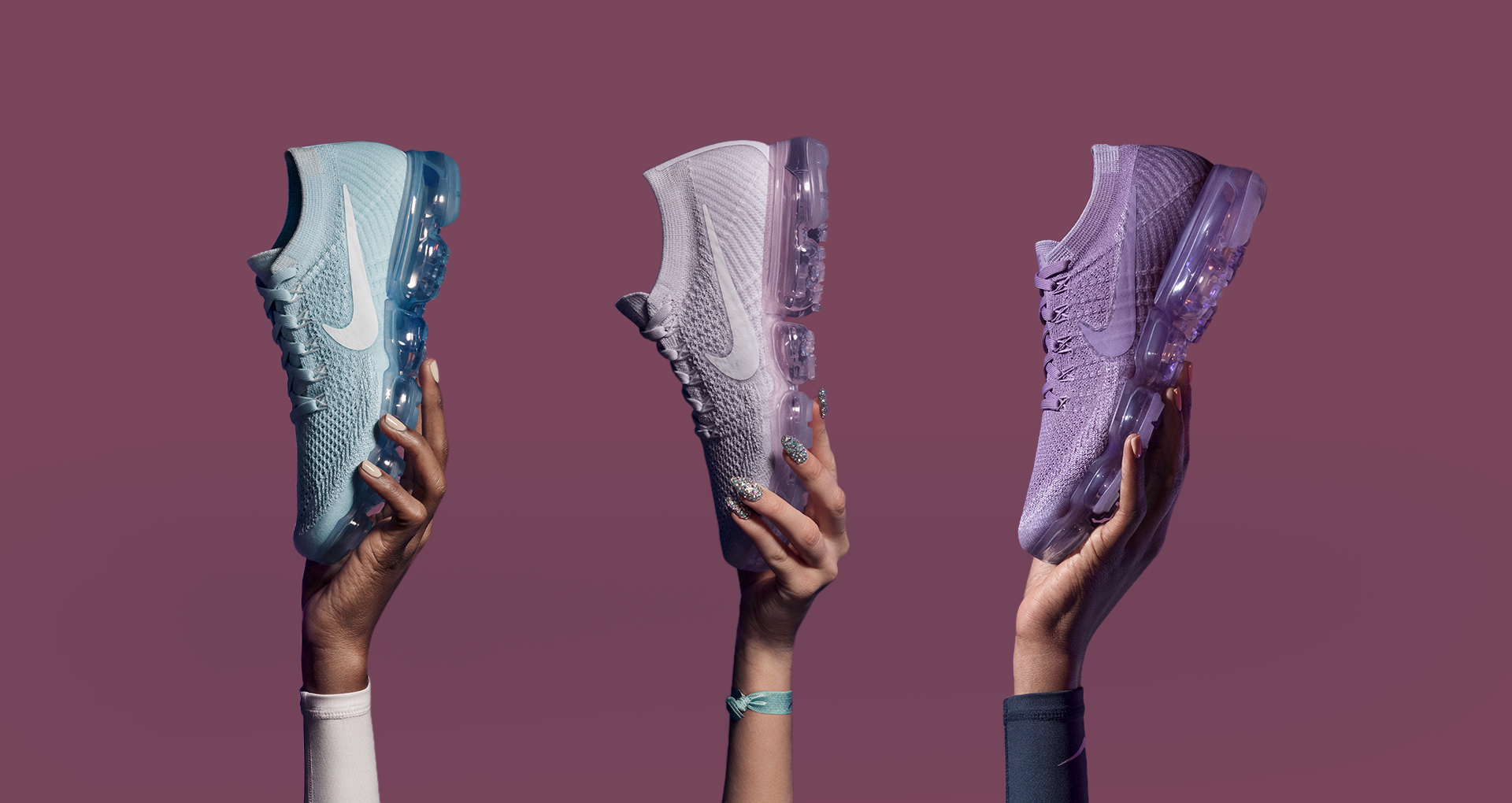