What do you get when traditional meets trendy?

Modest wear is a new fashion trend that includes more options and styles for Muslim women to wear. Not only has this idea turned heads and educated us, it caught the attention of some big names.

Asma Bibi is a modest wear designer and competitor for Project Runway’s 18th season. Bibi’s parents ran a clothing store when she was a child and her mother taught her the basics of garment making. From there, she taught herself advanced and detailed designs and started her own clothing line in Atlanta. Bibi designs colorful, vivacious garments that express who she is as a person and allows other Muslim women to break away from the traditional garments that are available to them. Unfortunately, Bibi was cut from the show after the first episode due to creative differences, but she gained exposure, experiences, and inspiration while serving as an inspiration herself for other modest wear designers. 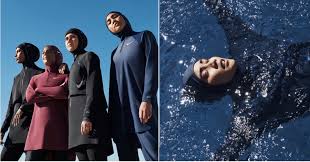 Following the release of their pro hijab in 2017, Nike will be releasing their line of modest swimwear. The ultimate Victory Suit will allow pieces of the swimsuit to be mixed and matched; the hijab, the tunic, and the pants. Nike decided to design this swimwear due to the lack of choices Muslim women athletes could use while competing. As Nike understood the boundaries of the Muslim culture, they wanted to create something stylish, comfortable, and lightweight. With this idea, Nike has also taken into account the idea of designing swimwear for women who need extra sun protection and women who may not be comfortable with wearing a one or two-piece swimsuit. The line is called the Victory Swim Collection and will be launched in February 2020.

Modest wear is making headway for the Muslim culture and is an example of inclusiveness and representation for cultures that have been overlooked.