LA Fashion Week is what designers look forward to when it comes to bringing out their best. Each year the creatives find their own passion and develop that into their pieces. This year’s show brought culture and meaning to the fashion scene with almost every collection. And True Urban Culture was there to give you the insight.

The weekend event showcased several talented designers that put their all into preparing for LA Fashion Week, and it showed on the runway on Oct. 9th and Oct. 10th.

For Bishme’s collection, the Project Runway Season 17 winner showcased vibrant colors of neon, orange, and green incorporated with snake print fabric and plaid. Naids Fashion’s set began with a video of the behind-the-scenes of designing in Nigeria and choosing fabrics. His pieces highlighted fashionable suits for men and women with tribal, checker prints and colorful items that brought out his roots. 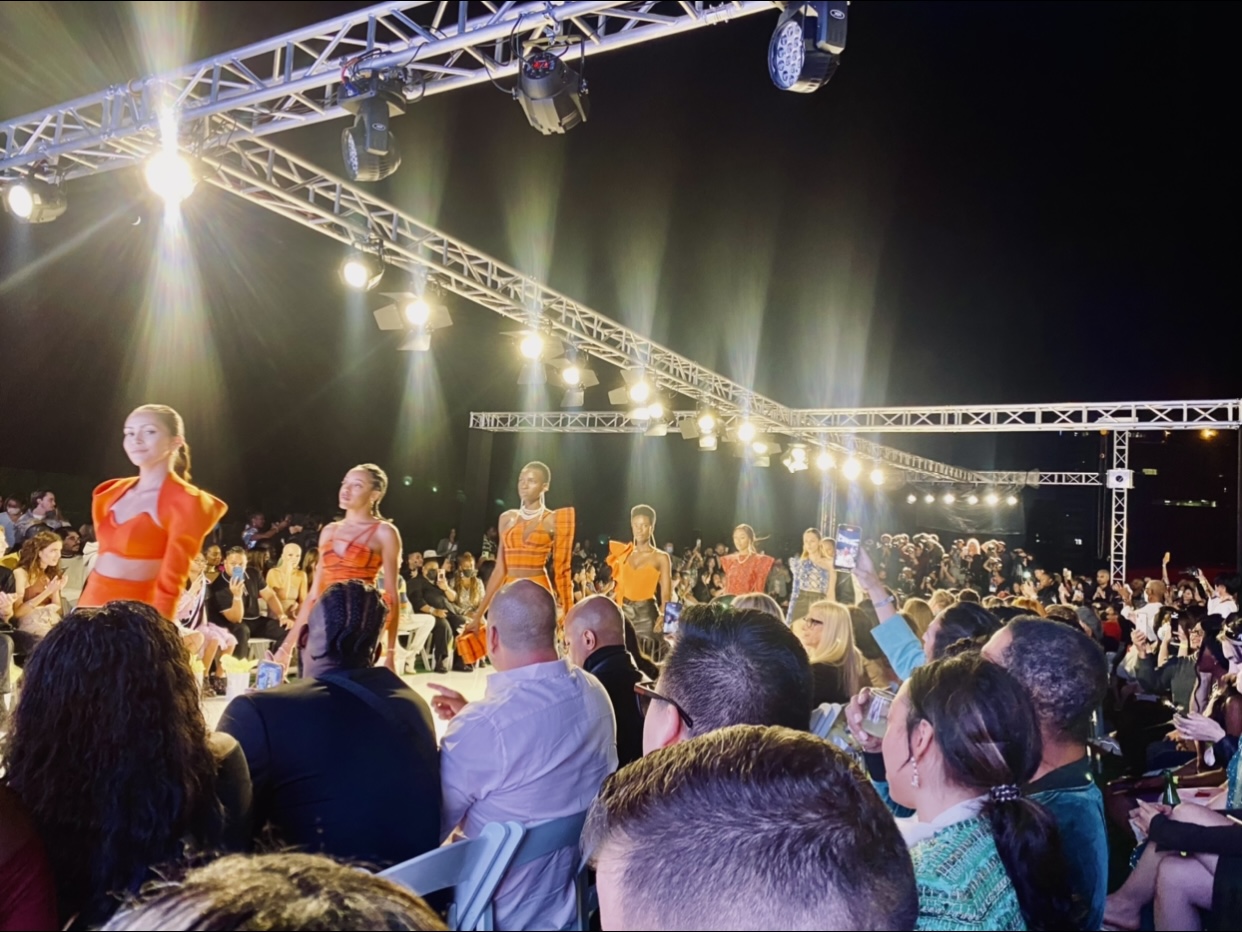 Laura Theiss, a London-based designer, took on her infamous knitted looks on the runway. She showcased colorful dresses that were knitted differently to create several patterns that could take on a night out or a Sunday Brunch.

Greg Lauren then closed out Saturday night’s fashion show with a bang, as artists like Chance The Rapper and Usher sat in the front row to witness the experience. Lauren’s set began with a live choreography performance with “Scraps,” which was a collaboration with Jacob Jonas The Company. The LA-based designer presented layered looks with oversized pants, tops, and jackets. He then showcased quilted dresses designed with Gee’s Bend Quilters to shed light on women’s art.

When it came to Sunday’s fashion show, Gypsy Sport wasted no time to set the tone for the night. Founder Rio Uribe highlighted who he is and what he stands for during his time on stage with unity, inclusiveness, and culture. The designer incorporated a puppeteer, who walked out to “I Got 5 On It,” by Luniz as a visual of lowriders, chains, and Los Angeles vibes that appeared on the screen.

The collection showcased fashionable pieces of dresses, pants, and tops with fun prints on them. Uribe also focused on unisex clothing that allowed all gender and sexualities to express themselves freely on the runway. The set showcased Chicano culture and what it is to truly be yourself. They even had a live performance from Cuban artist La Goony Chonga who shut down the show and got everyone dancing. 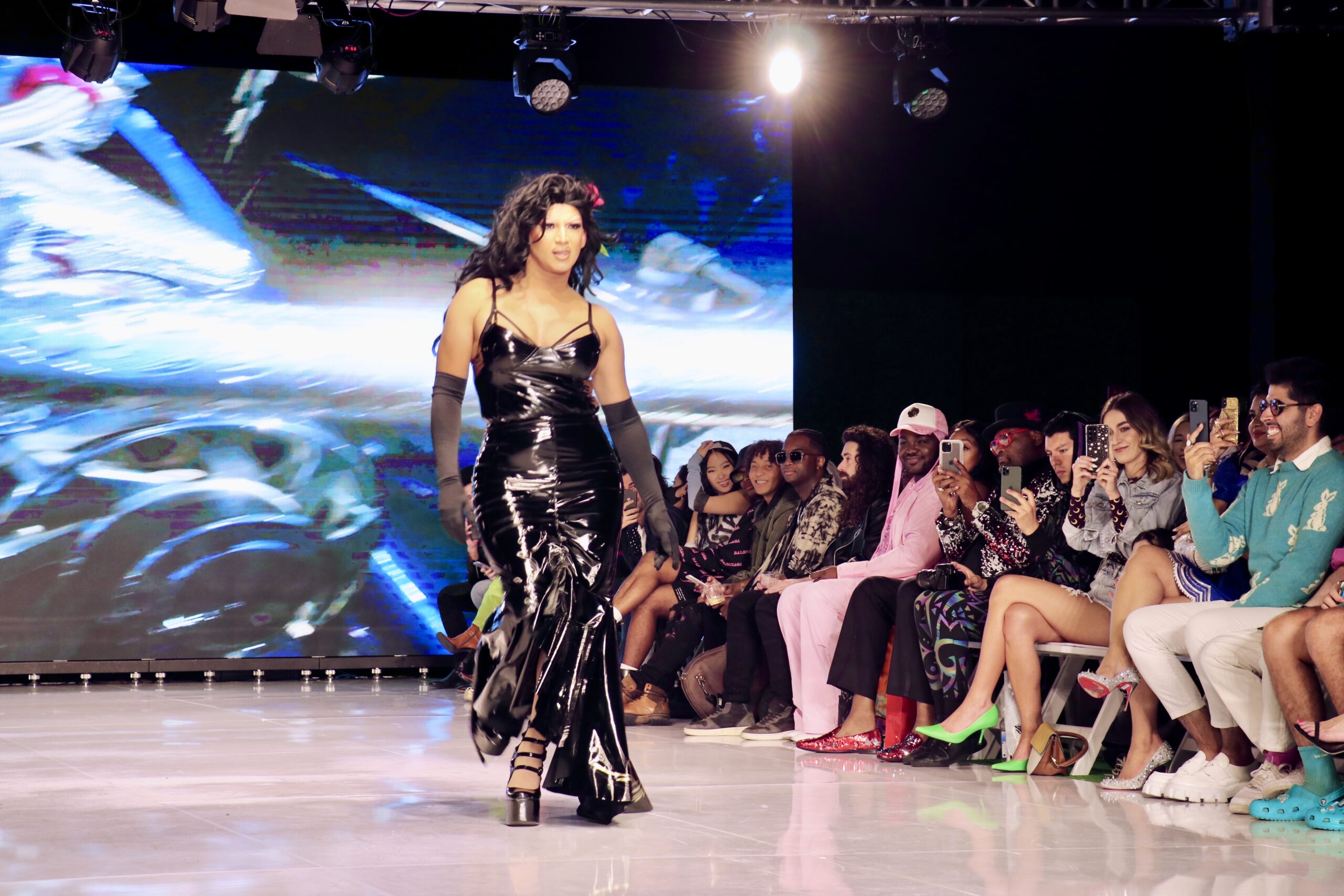 Other designers like Erika Rybolt and 404 Studios also took to the runway to showcase their lines. Rybolt’s line included neutral tones mixed with yellow statements for two-pieces and bodysuits. Then 404 Studios took on a more funky vibe with checker printed matching sets, sparkly dresses, platform heels as every model wore a colored wig. 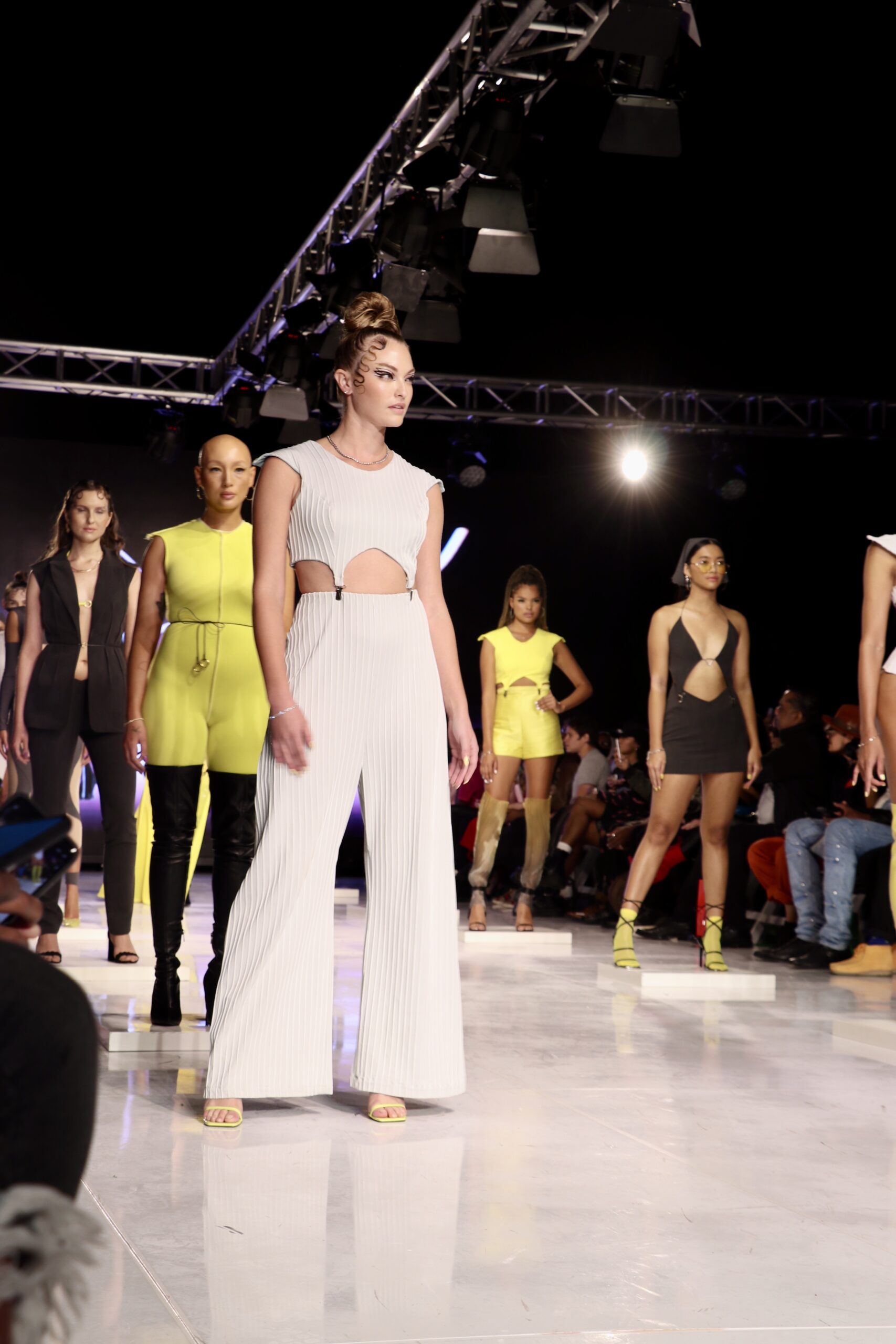 To close out LA Week Fashion Show, Nicholas Mayfield had the crowd in awe and standing on their feet at the end of it. Mayfield shed light on every community you could think of, as he had models with disabilities and of all ages grace the runway in his collection.

The creator focused on culture when it came to his designs, which were full of yellow, blues, orange, and greens. They also featured messages that made powerful statements such as “Dream Big” and advising people that the world is “yours.”

Mayfield also incorporated dope music into his set, as he and the models walked out to Tupac’s “All Eyez On Me.” During the final walk-through, models held up paintings of different cultural inspirations from Tupac to Nipsey Hussle to Muhammad Ali and more.

Overall, 2021 LA Fashion Week was all about cultural influences, bringing the community in as one, and making statements. Most of the crowds’ favorites came with an appreciation for authenticity and originality. Make sure to check out these different collections and let us know which ones are your favorite.

Previous ArticleLove Versus Lust: How To Know If You're Really In Love?
Next ArticleUnder The Radar: Ali Awan
NIPSEY HUSSLE TUC RECAP