PARTYS OVER is a brand that was first created by  former New York Giants Wide Receiver, Roger “Otto” Lewis with the idea that being a strong NFL player on the field transcends to the mindset of using your passions and elements of the culture around you to encapsulate  a work of art such as clothing to create a sense of unity.

TUC had the opportunity to speak to him about his brand, inspirations, and future endeavors for The Partys Over brand.

1)Most people are familiar with you as a New York Giant. What made you decide to get into the fashion world?

I’ve always been in the fashion world growing up looking up to the Kanye’s with the polos and backpacks, the Michael Vick cleats, the Pharrell shoes, the Lebron James shoes as a kid from Ohio. Even to doing extra chores around the house for my mother to buy me the new pairs of Jordans coming out. I just always dreamed of having my own clothing line and being able to see peoples reactions to the new things that keep coming out. 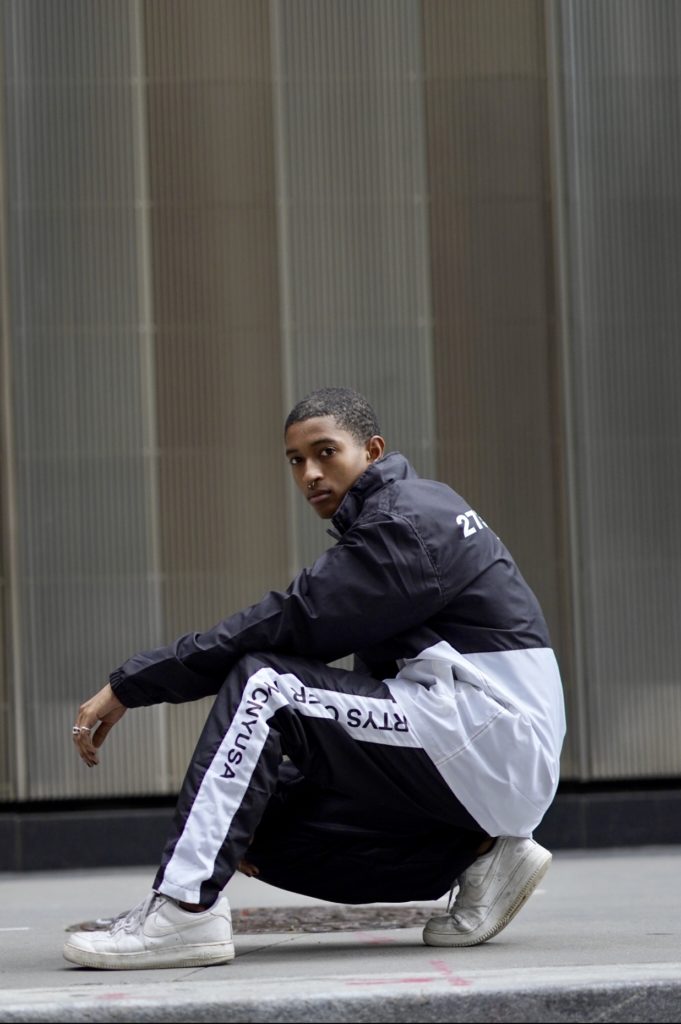 2)What was the inspiration behind the name and meaning of the brand?

Partys Over came upon in the New York Giants locker room where teammates turned into brothers and we used to always say the saying “Partys Over”. I can ask one of my teammates/brothers what do they think about something and they would say “Nah Partys Over” which meant “no”. With my creative mind to do things, I just was like let’s make PARTYS OVER into a business by starting off with a clothing line having events everywhere and branching off and also giving back to the kids/community. So I would say Partys Over just isn’t a clothing line.

3)Describe the creative process for designing a clothing collection on a day to day basis and how does it compare to the preparation on the Football Field?

The creative process is something I love which I have a designer of who I talk with and give out my thoughts of what I want the launch to be and the designer go and design and put my twist into things to things I think should be done. I would say its kind of the same with football. It can be a route that you want to get down to perfection and you keep making changes of how you run the route or how you’re going to set up the defensive back to make the defender think you’re doing something else. I take it just like the Partys Over brand that I have. If we have to keep sending different designs and different materials of what I want it to look like, then that’s what we’re going to do because anything I’m doing whether it’s playing video games/playing in an NFL game/ giving out ideas for designs for partys over/ in football practice, I strive for perfection. With Partys Over, I’ve been working on it since my rookie year when we just had the slogan and it just took a minute because I wanted things to be perfected and changing up on how we’re going to present it to the people. 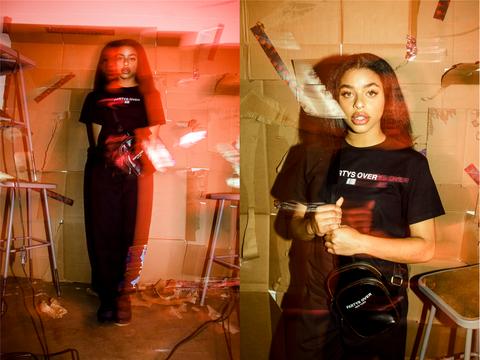 4)Will fashion be a full-time priority or is the door still open towards a return to the football field perhaps this season if called upon?

That’s where my ‘perfection” theme come into play, if I’m not working on football which I love to death, I’m working on my future outside of football and its real estate/and talking with my Partys Over team that’s in Ohio making partys the best they can be.

5)Is there anybody or anything that inspires you creatively?

My mother always inspired me with my creative skills and thinking through things to make it come to light because she also has her own business., Just as an example the receivers/teammates used the saying “partys over’ so much that I put it in my head in a creative way that we can have a business behind a saying that we used while we were getting better daily at the sport we love which is football. 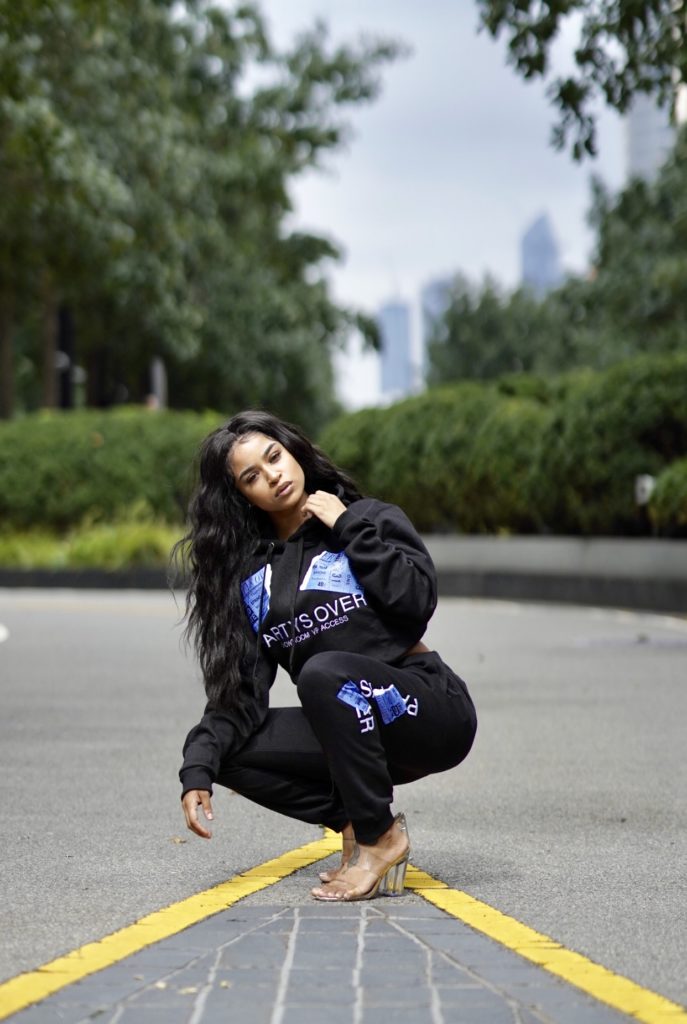 6)Tell us a bit about the 1st collection you’re dropping. What inspired it?

The first collection I just dropped was a very special one because I wanted to show the world the dark vibe of Partys Over and the lifestyle of Partys Over. As the line keeps growing, we will be able to look back and see where we started with the limited great pieces we put out. My favorite items I could say is all the items but one that stand out is the ripped ticket sweatsuit. which basically resembles a ripped ticket to an event/party which is on the items list and it has partys over embroidered. In regards to future things for Partys Over, the team back home is putting together events. I think our next event is with the rapper “Smokepurpp” I think they locked that in. That will be our first event in Cincinnati, Ohio.

7)For The Party’s Over Brand, what are some long-term goals you have for the future of the brand? What’s next in store?

I sat back with a friend of mine Heron Preston who I met through one of my good friends Ben Levine and kind of picked his brain on how he came up and working with Off White and his own line. I kind of pitched him my idea and he loved it and said it’ll be key throwing those events because its a bunch of lines dropping but not doing anything or have meaning behind other lines but he loved it for sure and thought the idea was GREAT! He actually said “PARTYS OVER LITERALLY”. We just had a pop up with @fancy which was great to have and that’s the first store partys over items will be in which I thank the owner, Joe, for. But we would start having merch back in Ohio and in NY stores coming soon. If you’re shopping online, go to partysover.coThats kind of some future things we have in store and also on holidays I will make sure we’re giving back to my community and showing the kids the brighter side of life. 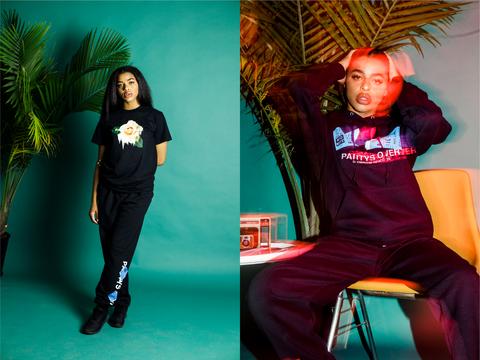 8)What advice would you give to others who want to pursue careers in fashion?

The advice I would give to others aspiring to get into fashion is to love every moment of it. It can get hard sometimes or things not moving the way you want but at the end of the tunnel, it’s always a light, so if fashion is your dream, never let anyone tell you that you can’t do something or something is not cool as long as you like it and the people, then you’ll be fine. The haters will always hate. 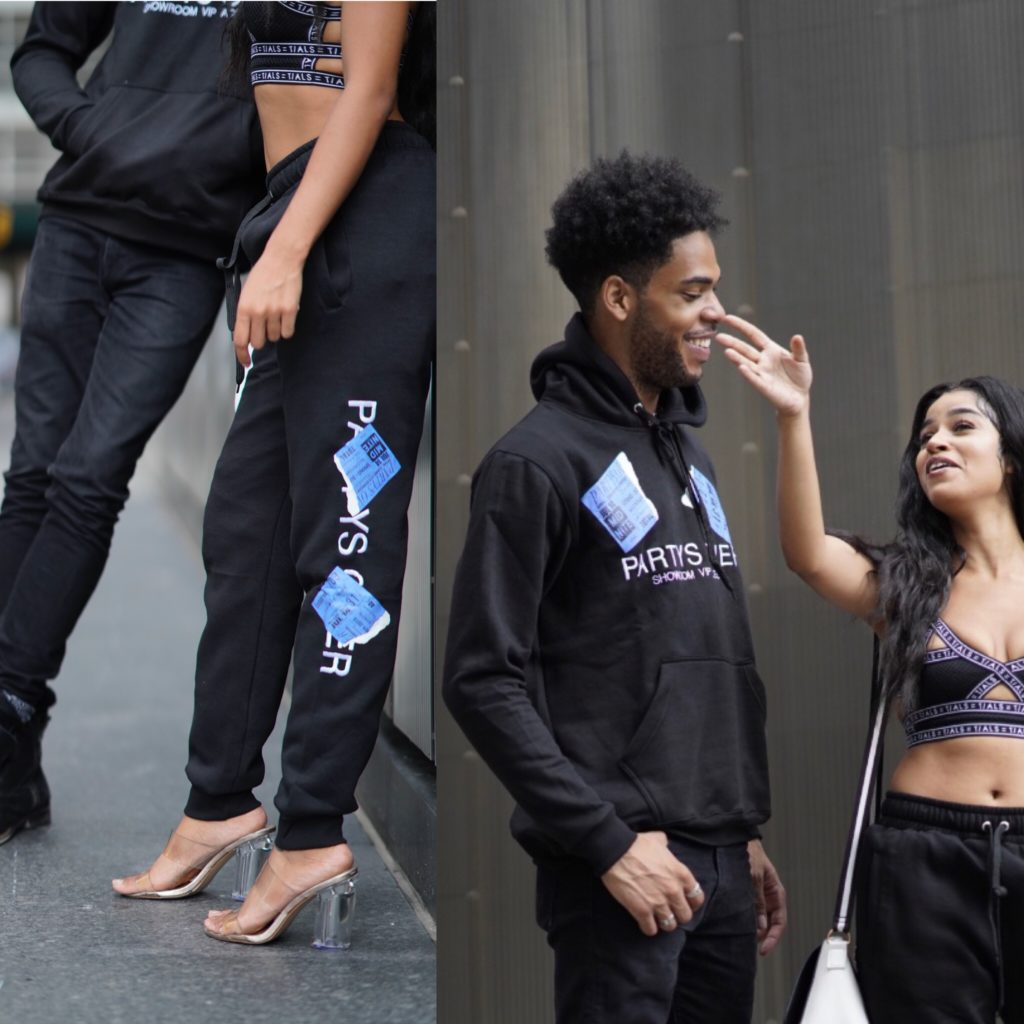 9)What does True Urban Culture mean to you?

True URBAN CULTURE off the top of my head when I think about it….it’s a bunch of different people in a smaller area or space. And that’s always great with fashion because you’re having different ethnicities with different things and different people like different things so that defines PARTYS OVER showing the people something different but they’re still pursuing their dreams and even when its dark, they’re still climbing. They might bend but never break in life and that’s the true definition of “PARTYS OVER”. It’s not a clothing line, it’s a lifestyle… PARTYS OVER!!!