Tinashe and BJ the Chicago Kid Impress in Los Angeles

Concert prices have been soaring out of control recently, as live music continues to become the most lucrative medium in music. So when two Grammy-nominated artists announce a free show for their Los Angeles fans, it’s guaranteed to draw a crowd. Ford and Billboard sponsored the event to kick off their Ford Front Row concert series, and brought out Tinashe and BJ the Chicago Kid for a night of modern R&B talent.

Hopeful fans were lined up over an hour before the doors opened at the Belasco Theater. The intimate venue allowed even those who showed up later to get a decent view of the stage, from either the rear of the space or the balcony above. It didn’t take long for the room to fill up, buzzing with excitement for the night ahead.

If you didn’t want to dance, the Belasco was not the place for you this Thursday. People in the audience were grooving to the DJ’s club hits long before the artists took the stage, making new connections with each other and never losing their eager smiles.

Once the band had set up their equipment, BJ the Chicago Kid walked out to loud applause from the onlookers. The soulful crooner had his own mini drumset placed next to the mic stand, taking pleasure improvising various rhythms as the band jammed out behind him. “Love Inside” was one of the early highlights of his set, building to an explosive climax that had the audience in awe.

BJ’s come a long way from his home on the Southside of Chicago, and took a moment to reflect on his blessings before the crowd. He had the honor of singing the National Anthem at Barack Obama’s farewell address back in January, and remarked on how proud his mother was at the accomplishment. “Beyonce sang him in, and my baby sang him out!” he recalled, drawing loud applause before he went into the next song. 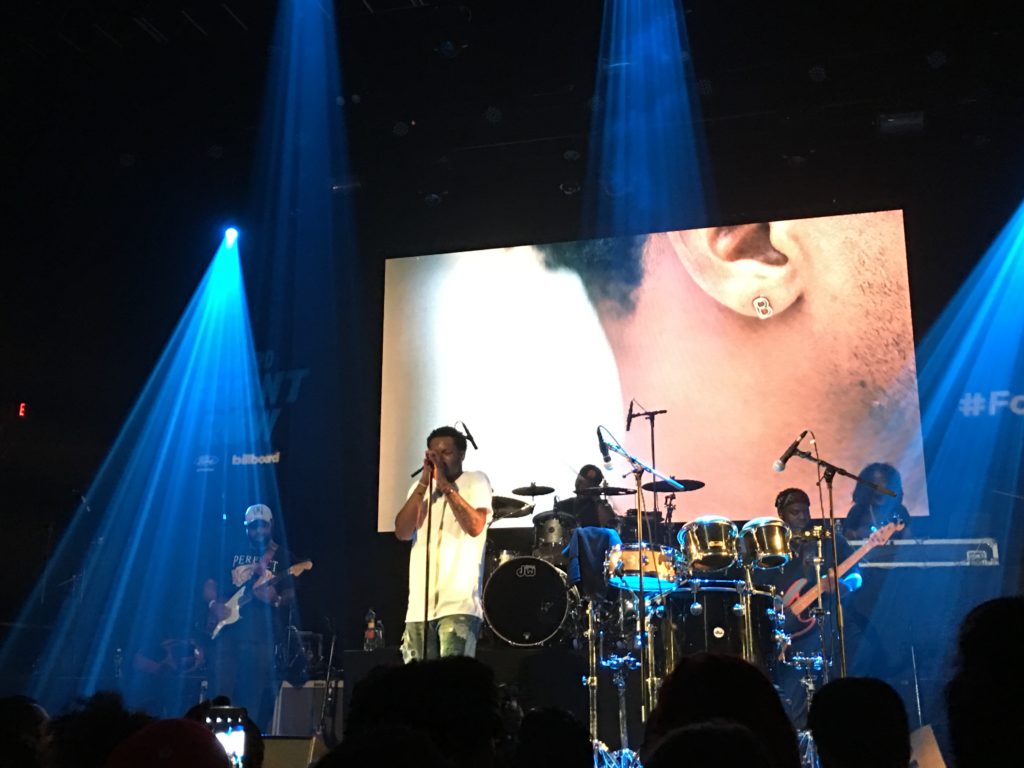 About halfway through his set, he turned to the DJ for suggestions and ran through a series of cookout classics. Al Green’s “Love and Happiness” was first up; as timeless as the original is, BJ’s signature riffs on the melody certainly did the song justice. He proceeded to cover “Ooh Child” and “Redbone,” before closing his time on stage with one of his biggest songs yet, “Turnin’ Me Up.” Swaggering across the stage, it was as if he was celebrating with the crowd more than he was singing to them, embracing the jubilant vibe one last time before signing off.

Next up was Tinashe, making a grand entrance escorted by a team of dancers as she strolled onto the stage. She had careful choreography throughout, breaking to interact with her dancers as well as the crowd for a high-energy performance. She even took a fan’s cell phone to record herself dancing at one point, using whatever she could find to entertain the crowd. Don’t be fooled by her moves, however: Tinashe is a singer first and foremost, and commanded attention when she cleared the stage to sing behind a traditional mic stand. Belting out “Bated Breath” was one of the best moments of her set as she climbed the scales to hit the high notes without failure. 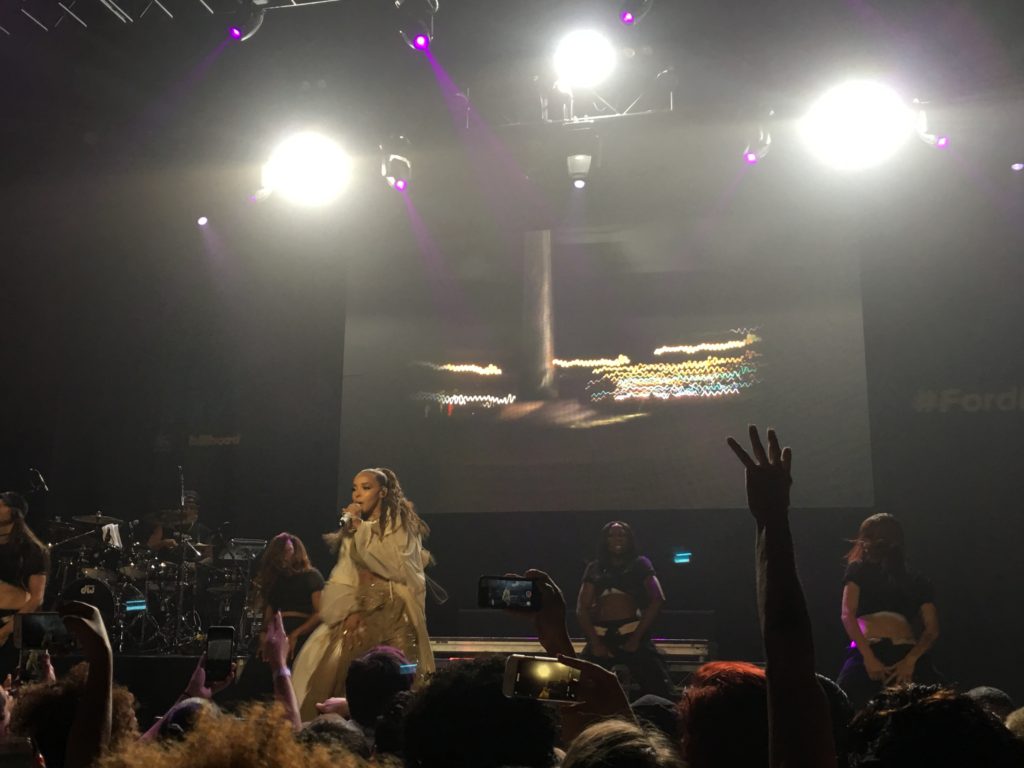 The dancers behind Tinashe held their own, and shined individually when given the spotlight in a mock breakdance competition. On songs like “Company,” they livened the scene alongside the lead singer, bringing a piece of the club to the concert stage. Their moves to Tinashe’s 2014 hit “All Hands on Deck” were especially noteworthy, as well as her finale song “2 On.”

In a city that’s perhaps too accustomed to great entertainment, it was another typical night for concert goers at the Belasco this Thursday. The Ford Front Row series will be traveling to Miami, Atlanta, and New York in the near future, so stay tuned for lineup announcements if you’re lucky enough to have a free show coming to your area. 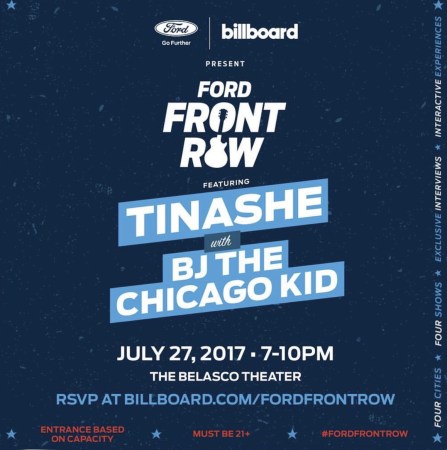