Let’s just begin with WOW; What a weekend if I do say so myself. Summer is coming to an end and Chicago knows how to celebrate. That’s right folks, Lollapalooza returned to Grant Park this year and over 100,000 festival-goers from all over the world danced and sang their hearts out for 4 days straight! This year the festival brought some big names in Hip Hop, Pop, and EDM. Some highly anticipated performances were The Weeknd, Gucci Mane, Bruno Mars, Dua Lipa, Travis Scott, Post Malone and more.

As the gates opened at 11:00 am, fans ran into what would be the some of the greatest 4 days of their lives. With 8 stages, there was a lot to explore on Grant Park.  For example, the strip down the park was covered in quirky shops and interactive booths from local organizations. Let’s not forget the aroma of delicious food that lingered the park from 36 local restaurants. I tried chorizo empanadas the first day, and let’s just say NO REGRETS.

Food’s great but let’s be real; you came to hear about the music! One of the first performances of the day was Chicago’s own, Valee. Fan’s crowded around American Eagle stage and vibed with him as he started out the show with his hit “WOMP WOMP”. After Valee, I stopped by Perry’s stage. Perry’s stage has to be the most lit stage at Lollapalooza. There are ALWAYS people there and they are ALWAYS jumping and hyped up.  By the time I got to the stage, 4B was performing and hundreds of gleeful attendees danced and jumped along. About 15 minutes after 4B’s set, the speakers turned back on and the phrase,” WE GOT LONDON ON THE TRACK” roared through Perry stage. London on Da Track played some of his hits and Around 4:00 pm, G Herbo showed up at American Eagle stage with a huge grin on his face. The most memorable moment of his performance was when he brought a fan on stage who was in a wheelchair and let him pick a song to perform and allowed the fan to stay on stage with him during the performance. 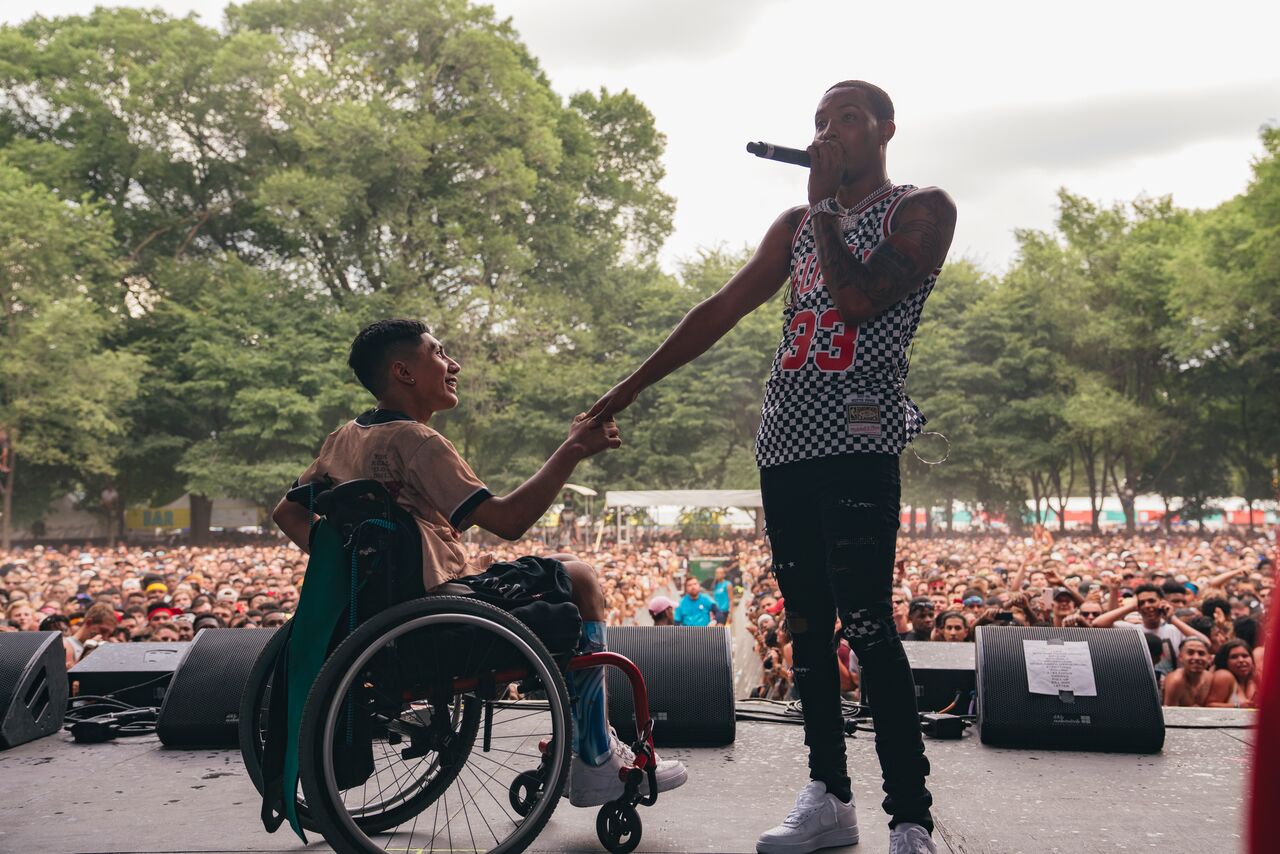 This same day Jaden Smith, LANY and Billie Eilish performed. Jaden had the crowd jumping at American Eagle stage especially with his song “Icon.” During LANY’s performance, the crowd sang along to all of his songs  “Thru These Tears”. Not sure who decided to place Billie Eilish at Tito’s stage (one of the smallest stages at the festival) but it was not a smart idea on their end. Hundreds of fans crowded the stage and she even brought out Khalid to sing along with her to ‘Lovely’. Right across from Tito’s stage, at 7 p.m Khalid performed at BudLight Stage. From the stage to past the end of the lot was filled with fans singing along to his hits such as ‘Location’ and ‘Young, Dumb, & Broke’.  Camila Cabello and A Boogie Wit Da Hoodie performed at the same time and both had a huge audience.

The last shows of the day were Galantis, Arctic Monkeys, Travis Scott, and Tycho. Travis Scott had the most lit stage and what a better night to perform than the same night that his new album got released. He performed classics like Butterfly Effect, Goosebumps, and Antitode. As a smart businessman, he ended the night with a song from Astroworld, ‘5% TINT’; leaving the crowd anticipating the release of the album.  Day 1 was an exhausting yet exciting way to start the weekend. 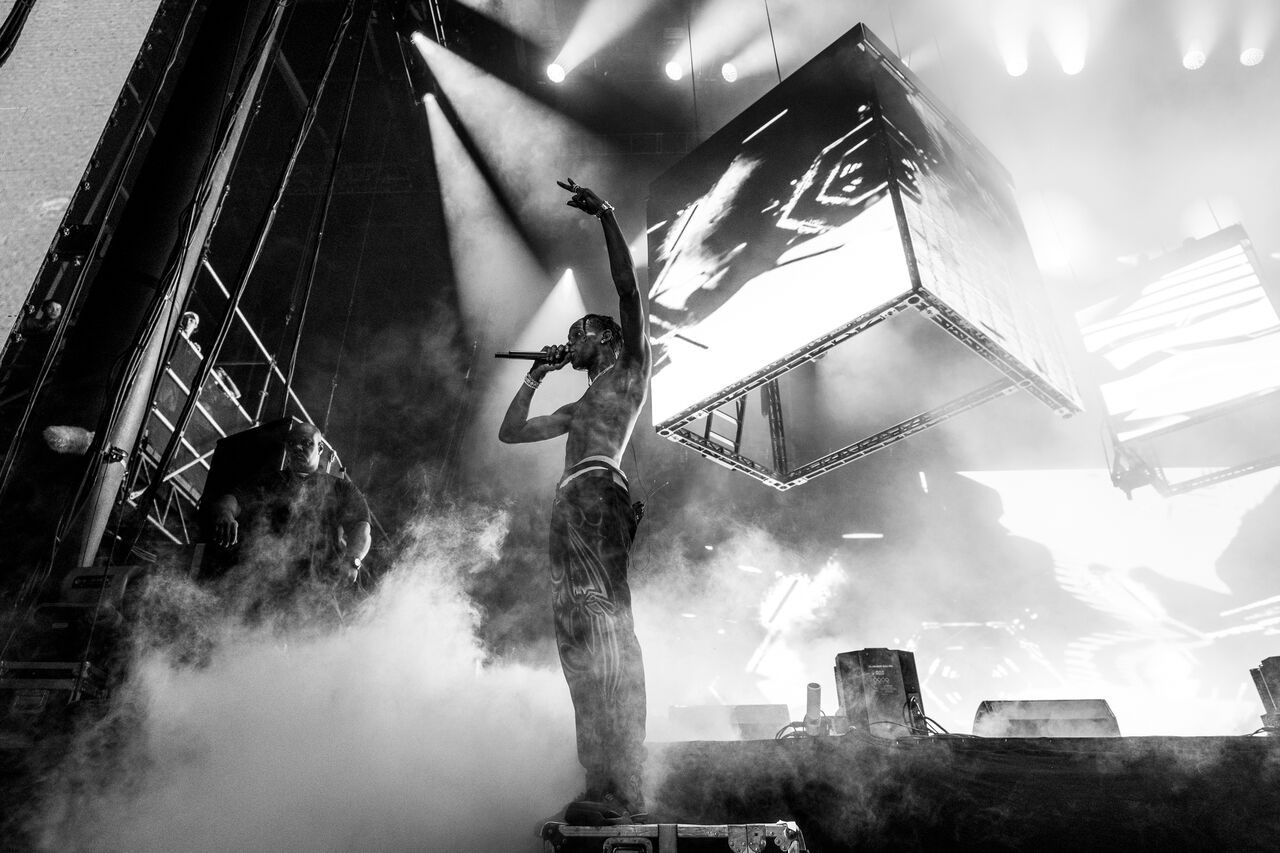 Tired legs from the day before didn’t stop the happiness and excitement for Day 2.  The day started with performances by r&b singer Mobley, Australian singer Alex Lahey, and house beats by Goldfish. Chicago’s own Taylor Bennett gave a performance at Perry’s stage and gave homage to his hometown. One of the best and funniest performances of the day was Tyler the Creator. He performed at Grant Park stage around 4:30 p.m, and of course multiple mosh pits formed as he started his set; to what he replied with,”I hate when rappers tell you to have a mosh pit; it’s corny.” During his performance, someone threw a shoe at him and he replied with,” You’re so stupid,” and then joked about how the guy would walk around with socks the rest of the festival. His set was very laid back as opposed to many of his prior concerts and he ended with the song “See you again.” Later that day there were more chill sets by James Bay, Alina Baraz, and The Neighborhood. 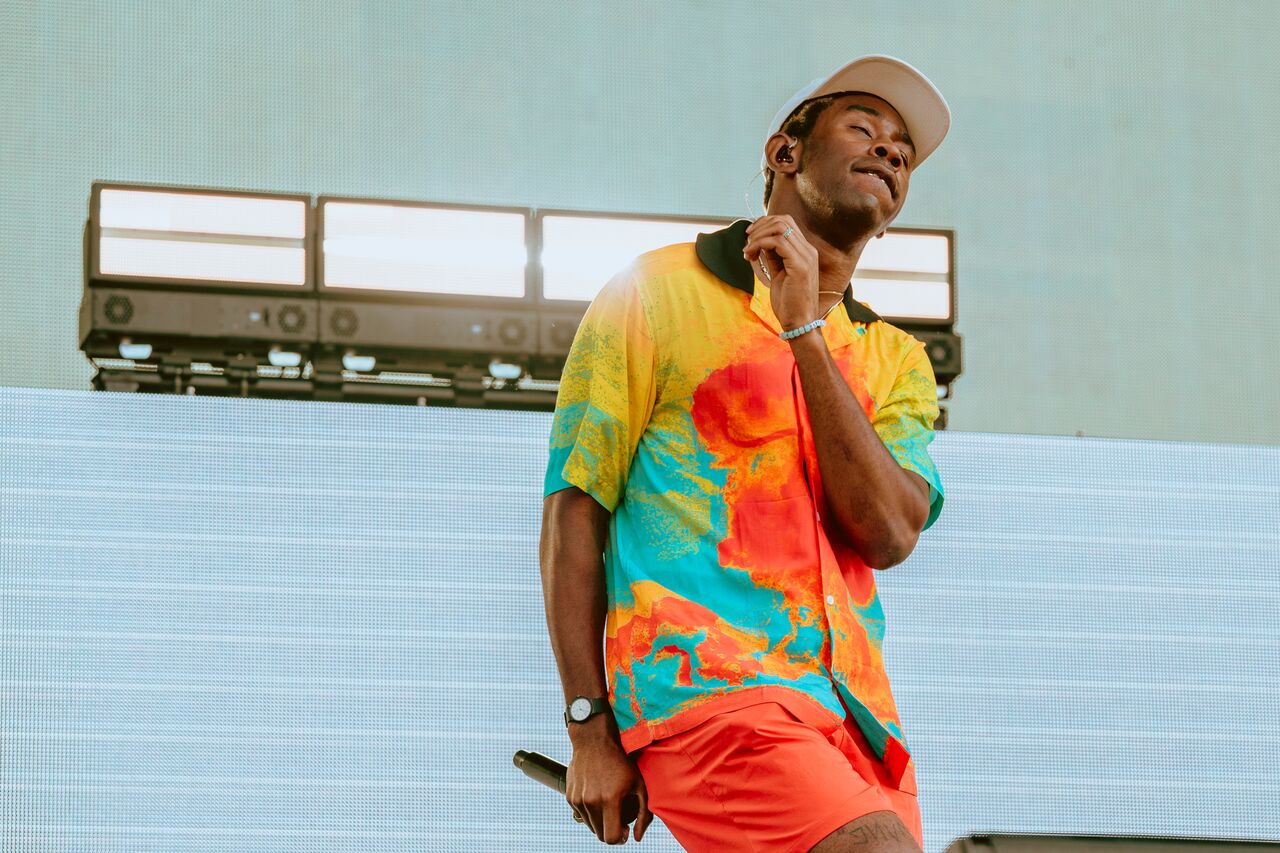 At 6:45 PM, Post Malone had one of the biggest crowds of the weekend. He walked out in an airbrushed outfit and a giant grin on his face. He had people in their feelings as he performed I Fall Apart but ended his set in high spirits with Congratulations. 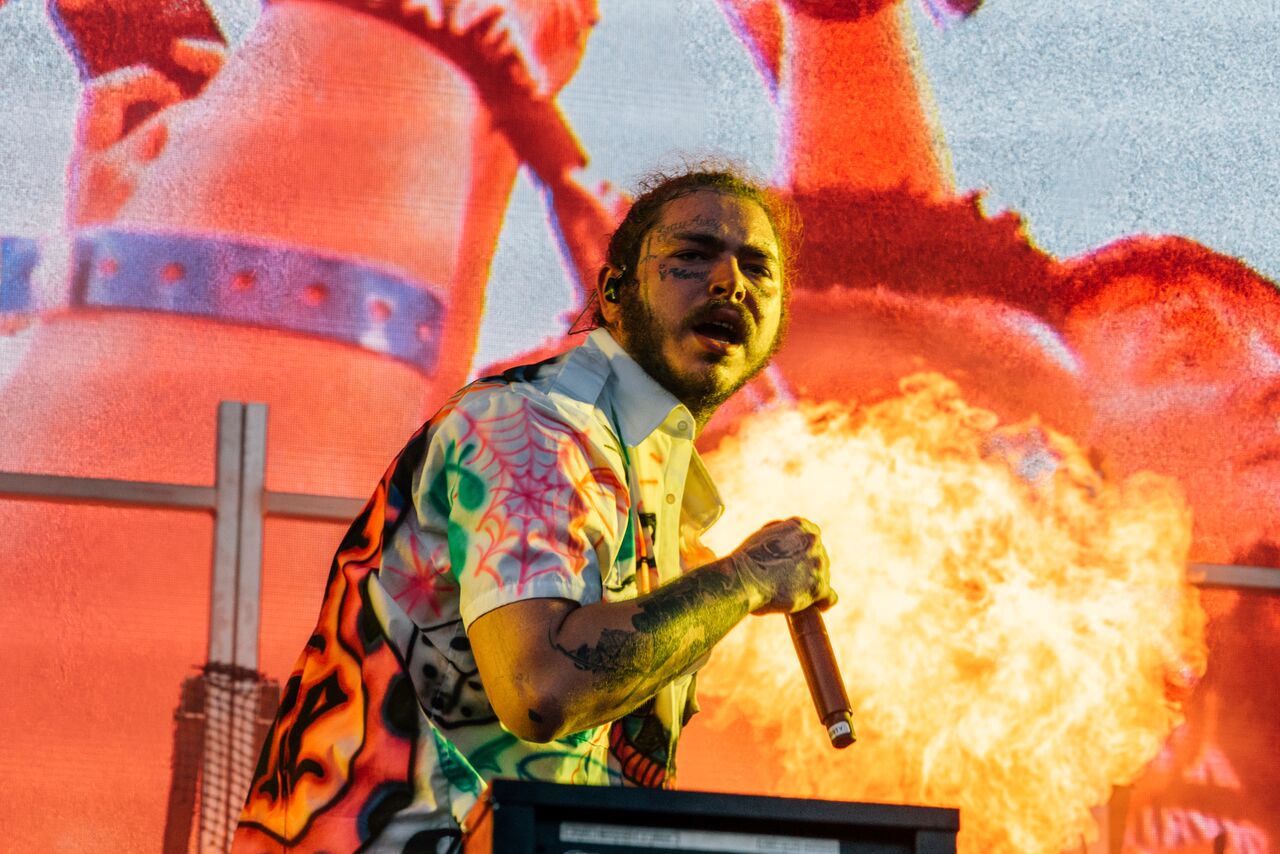 The night ended with Brockhampton, Oshi, Dillon Francis, The National and Jungle. However, the most honorable mention for the last show is Bruno Mars. His set was an hour and a half long dance party. Fireworks soared through the Chicago skies as he performed his hits such as Treasure, That’s What I Like, and Uptown Funk. 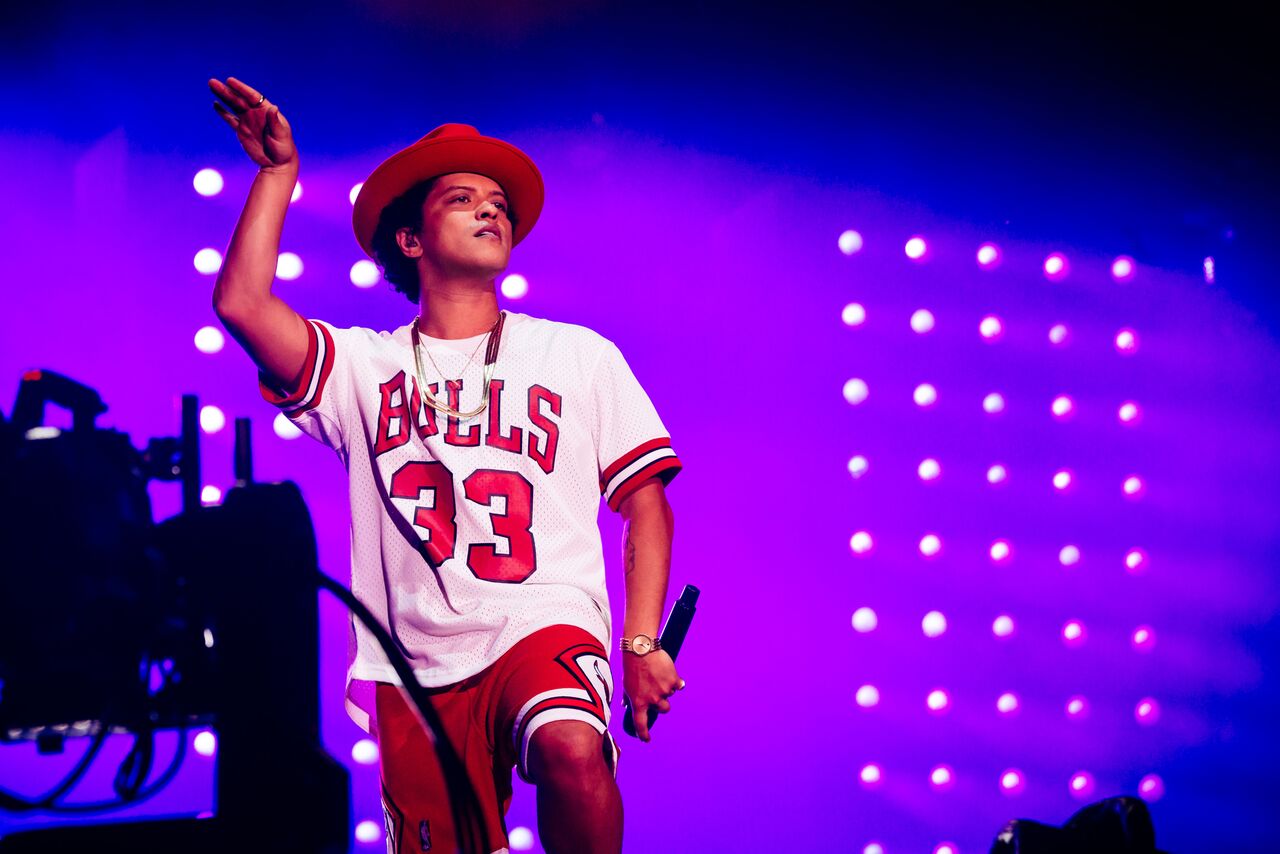 Day three started out with performances by Emilia Ali, Wallows and Femdot. Lollapalooza sent out warnings this day about how hot it would be outside, so the hydration centers were packed out all day long. A R I Z O N A rocked out Bud Light Stage and at around the same time, Hippie Sabotage gave a psychedelic and trippy show at Perry’s stage.

Originally Lil Pump was supposed to come out at 3:45 and his set got pushed even further to 4:00. He came out even later than 4:00 to an impatient crowd but as soon as he stepped out the crowd rioted and formed mosh pits. He did about three songs before his microphone got cut off. There were numerous medical assisted fans and the festival found it better to just end his show early. Lil pump went to Instagram to rant about his show being cut early but no one really felt empathy for him. 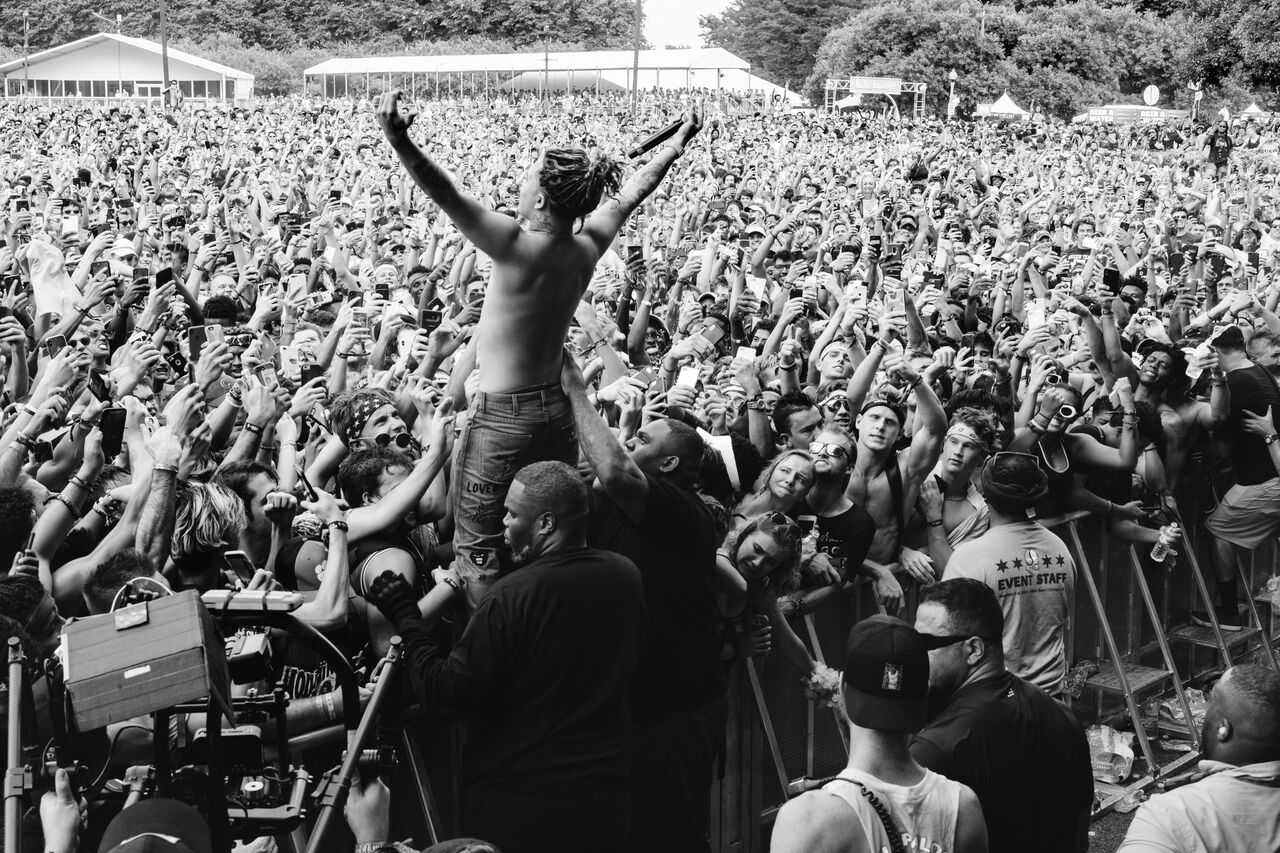 Some later shows that day were LL cool J, Carly Rae Jepson, and Luke Combs. From 5 to 7 the American Eagle stage was crowded fully for some laid-back performances by Gold Link and Daniel Caesar. Grant Park was getting lit around 6:30 to Logic’s set. He gave a rather intimate performance by shouting out multiple fans in the crowd. The evening ended with performances by Dua Lipa, Blackbear, Tash Sultana, ZEDD, and Vampire Weekend. Honorable mention of the night, however, goes to The Weeknd. His set was a mix of old and new with songs like Wicked Games, Crew Love, and Can’t Feel My Face. 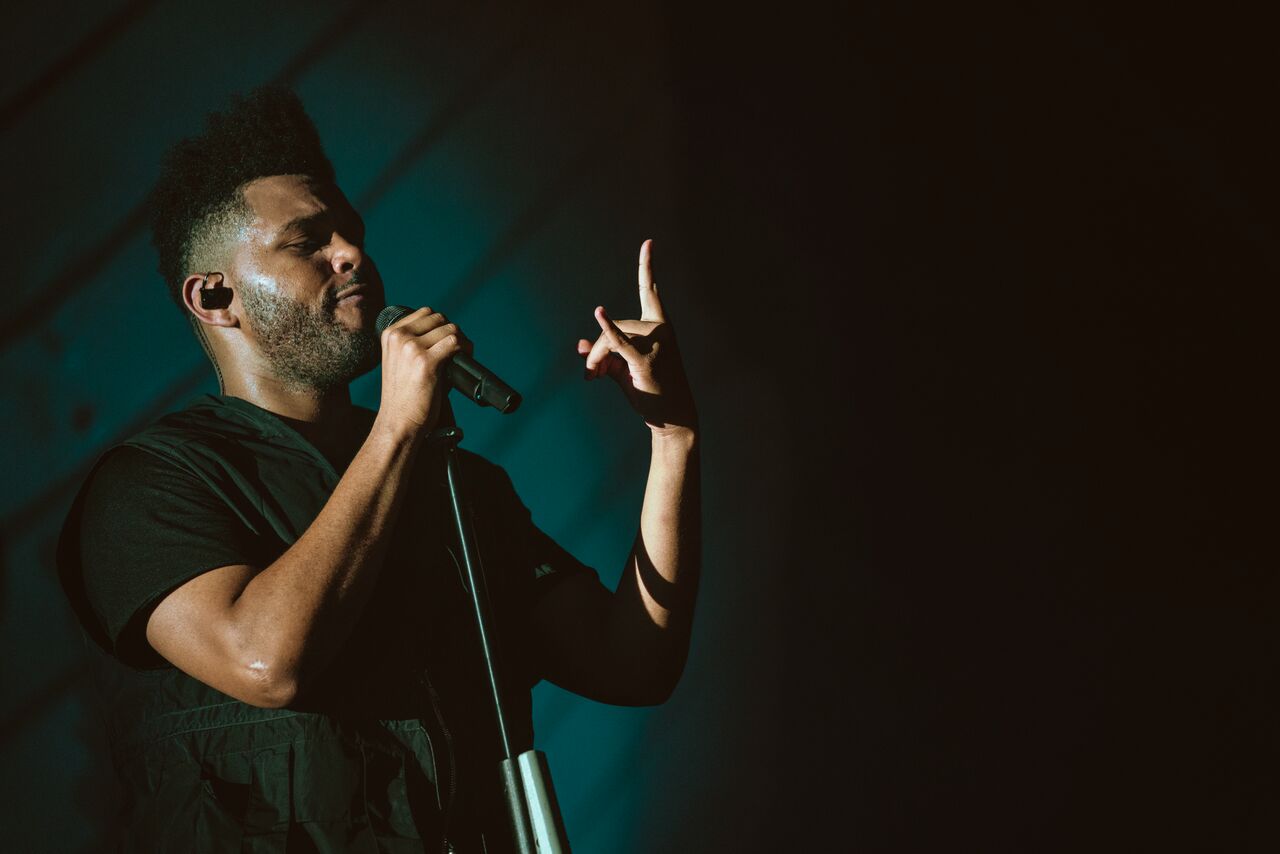 A three-day long hangover did not stop people from coming out and going hard on the last day. The day started off with a very laid back vibe with performances by Freya Ridings, Anderson East, and Rex Orange County. Jessie Reyez gave an emotional performance at American Eagle stage. Her song Gatekeeper gave me goosebumps as it is about the lengths people will go to make it into the industry; brings awareness to the sexual harassment that gets shoved under the rug. As her performance came to an end, Kali Uchis made her way to Lake Shore and her dances and voice resulted in a sensual and memorable performance. 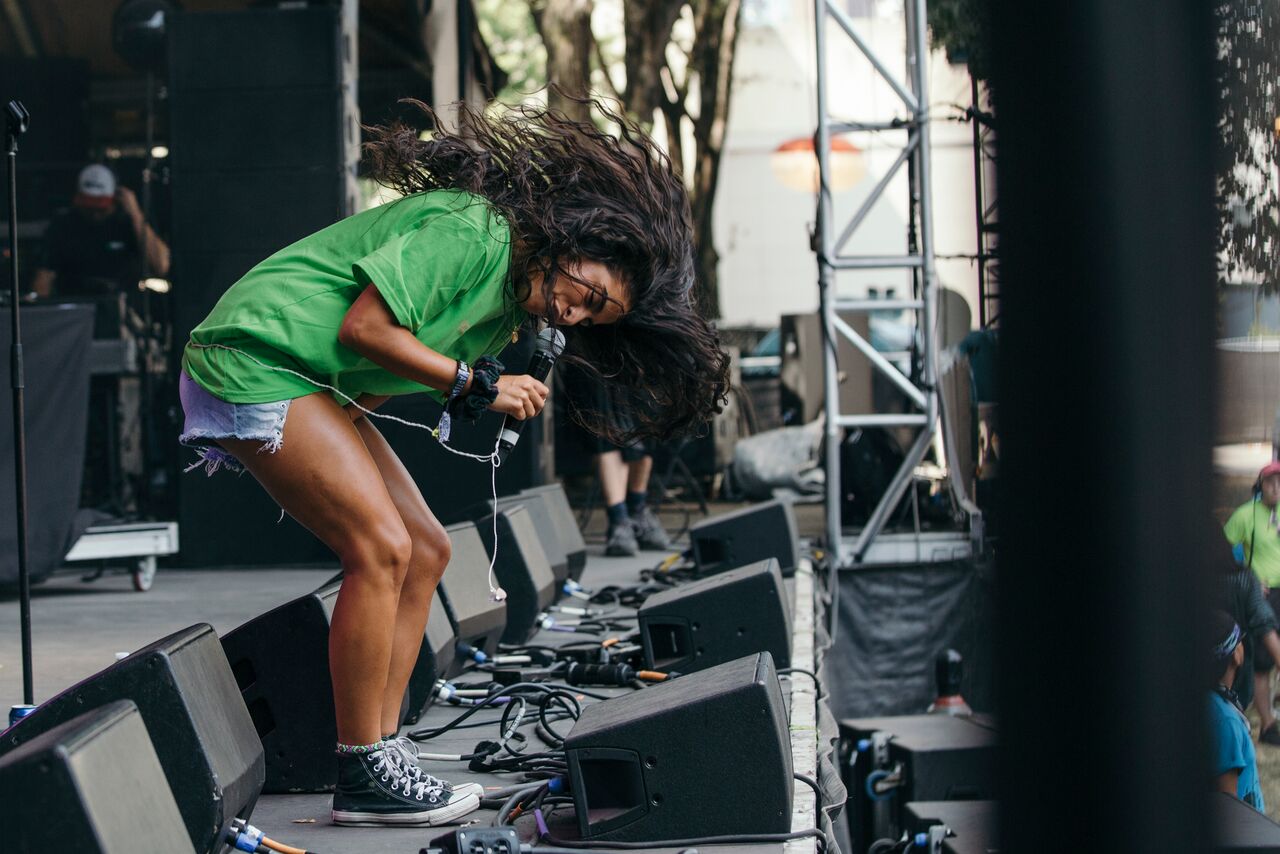 That afternoon, Gucci Mane came to Bud Light stage and the entire lot was filled again. He played classics like Lemonade and played newer songs like Back on Road. During his performance, Sabrina Claudio gave a dreamy set at American Eagle stage. Nav also made an appearance at Tito’s stage and ended his show with his hit song ‘Myself.’ 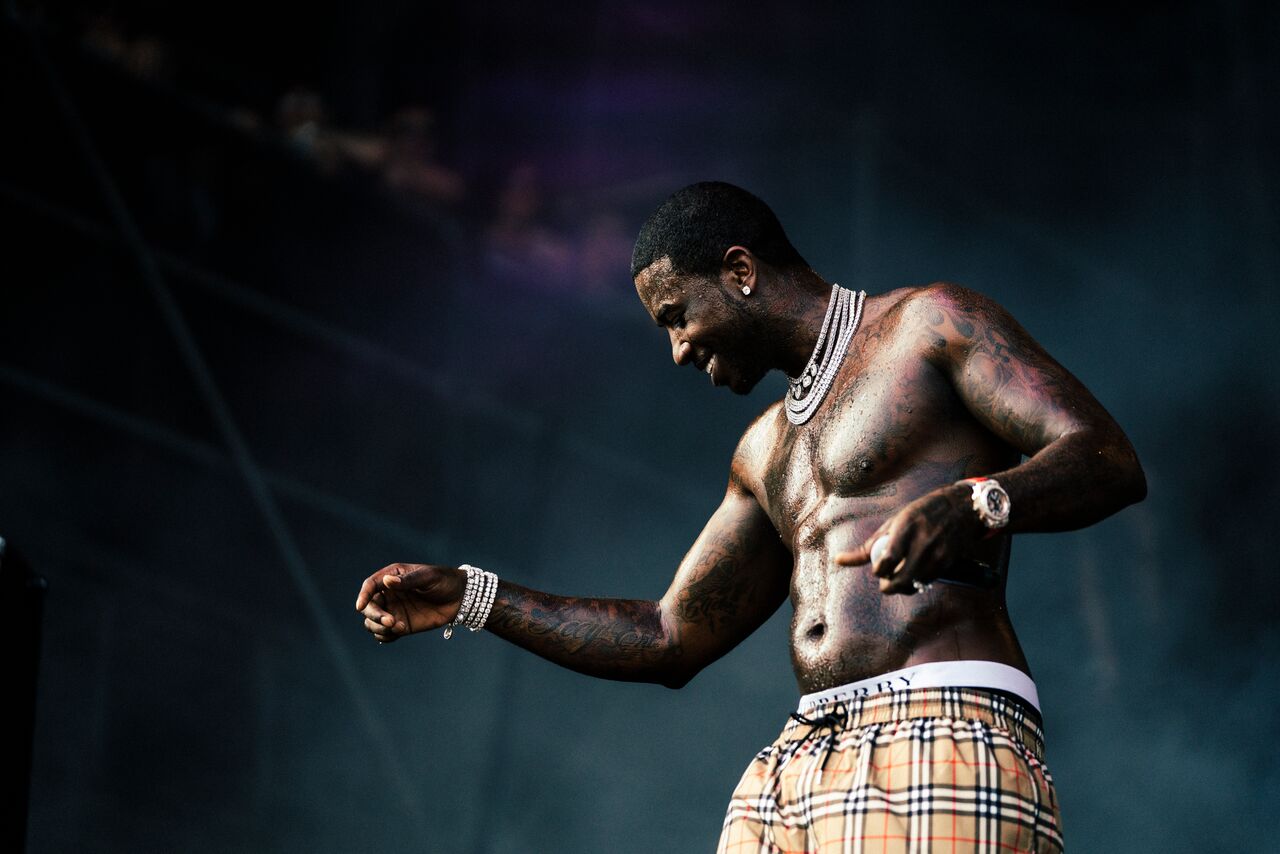 Around 7 pm, Lil Uzi Vert performed at the Bud Light stage and everyone went crazy. Moshpits, screaming, water bottles being thrown were all a result of his songs. Lil Uzi showed off some dance moves and ended his show with an encore of XO TOUR Llif3. The night ended with performances of Jack White, ODESZA, Excision, and Playboi Carti all ending around 10 pm. Festival-goers let out a final scream and continued to dance their way out the gates one final time.

This year’s festival was filled with lots of laughs, moshpits, food, empty beer cans and hours of dancing. There were numerous performances that will go down in history and memories to hold onto until next year’s Lollapalooza. It lived up to everyone’s expectations and maybe even more, and I’m sure that they will offer an even better festival next year!

Make sure to follow Lollapalooza on Instagram for recaps and visit their website for streams of the performances if you were not able to make it this year!