On Monday, September 10th; Anticipation filled the air, as the lines outside of Variety Playhouse grew longer and longer. By 6:30 p.m the lines reached towards the streets of Little 5 Points and all for the amazingly talented Alina Baraz. Before the doors opened for the public, V.I.P guests got the opportunity to meet with Baraz and take photos. At 7:00 p.m, everybody rushed in to save their spots as the show was to start.

As we waited for the show to begin, there were 2 bars serving drinks and a DJ playing hits by Drake and Migos; getting the crowd amped up for what was to come. At 8:00 pm the lights dimmed and the crowd let out a roar of excitement.

The opening act that night was Cautious Clay. He’s a passionate soul singer from Brooklyn, NY. This multi-talented artist played not only the guitar but the flute during his set. The smooth vibes set the town for the evening to come. His set was about 30 minutes long; which left for an intermission until 9:00 for Alina’s set.

Finally, the lights dimmed again and Baraz made her way out to greet the city of Atlanta. She wore Yellow Namilia Motorcross Chap Trousers with a black bodysuit.  She performed a lot of songs from her album The Color of You. She started her show off with her hit song “Show me”. Her next song was “Make you feel.” 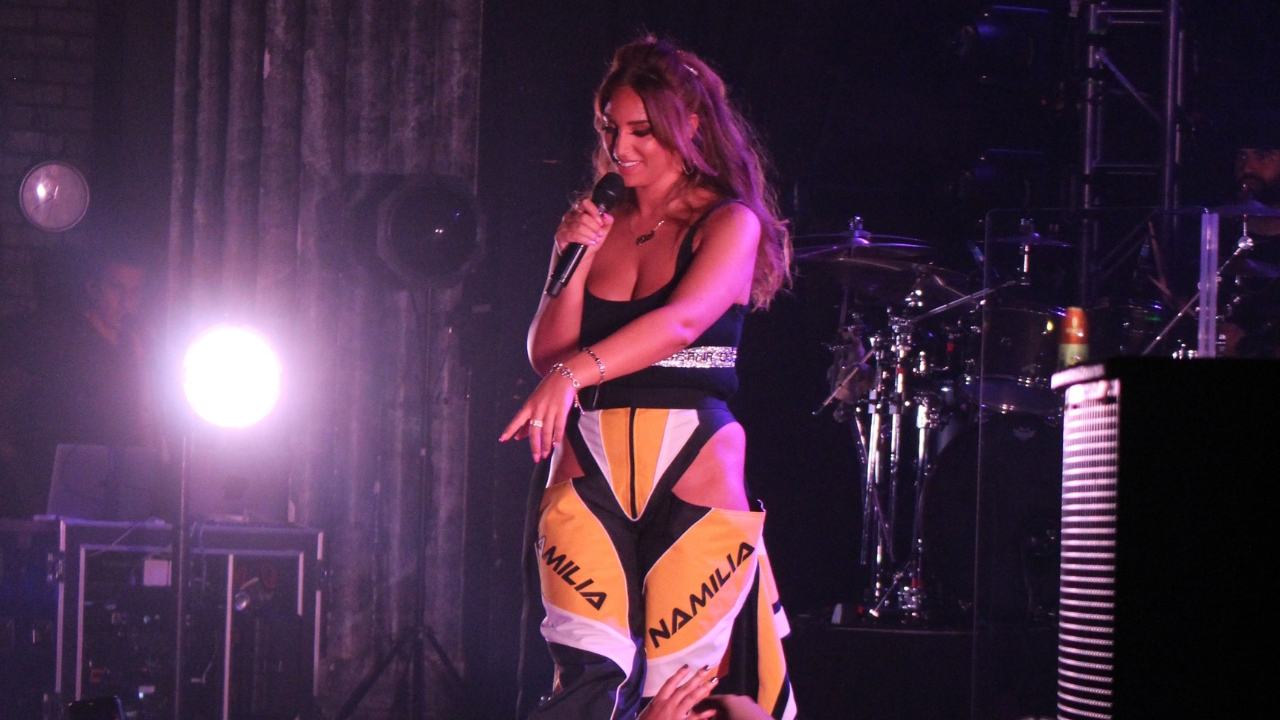 The crowd sang along with Baraz in harmony. She did a good job of interacting with her crowd during the set. 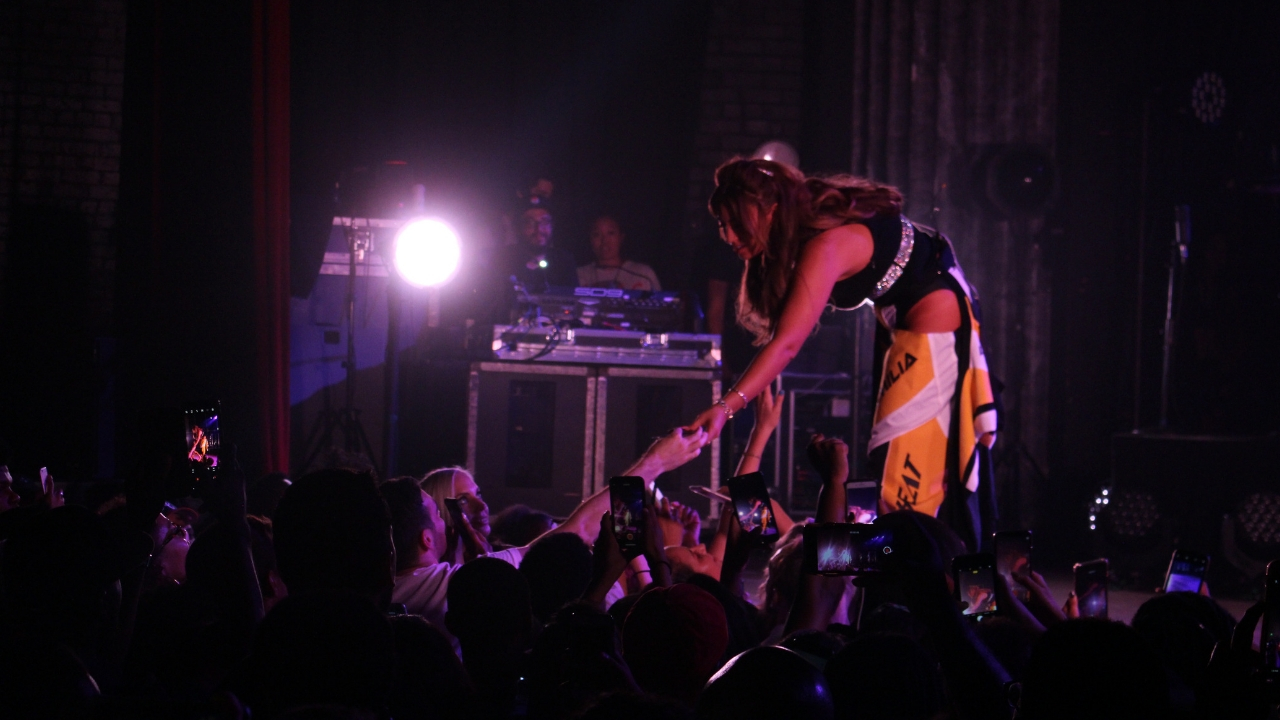 Her next songs were Unfold, Buzzing , High and Coming to my Senses.  She then gave a heartfelt message about how there was a point where she didn’t know if she could sing and was just writing music for herself. She asked the crowd who has been following her since her first album Urban Flora. She then sang her song “Can I”. After that, she joked and said , ” I know you know all the words to this song so sing along” and continued to sing one of her most well-known songs “Fantasy.”  And then sang, “I don’t even know why though.”

Throughout her show, she was accompanied by her dancer Kiana Wood, whose Instagram is @kianawould. Alina had an intermission which consisted of a solo dance by Wood. It definitely hyped up the crowd. 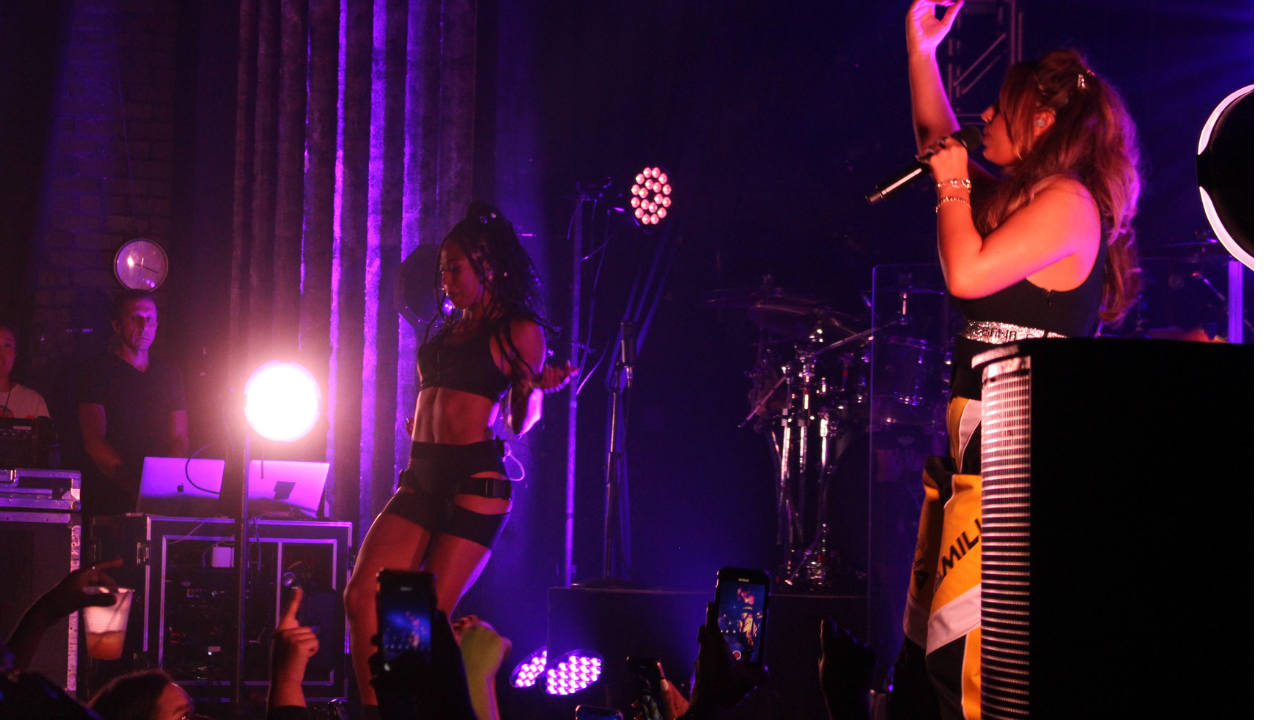 As Alina returned, she started off with “Let my Love Around”. She then performed a new song that has never been heard by the public.  She continued to perform Floating. In between these songs, Alina made way into the crowd and walked through to wave and shake hands with her fans. She then performed Electric and “ended” her show. She said goodbye to Atlanta and the crowd yelled ” ENCORE ENCORE ENCORE ENCORE.” Baraz did not disappoint and came back out for one more song “Yours”.

She gave a huge thank you to Atlanta for being so loving. She also gave credit to her dancer, and everyone working backstage to make the show possible. Alina gave an amazing performance and left every excited for more music to come from her. 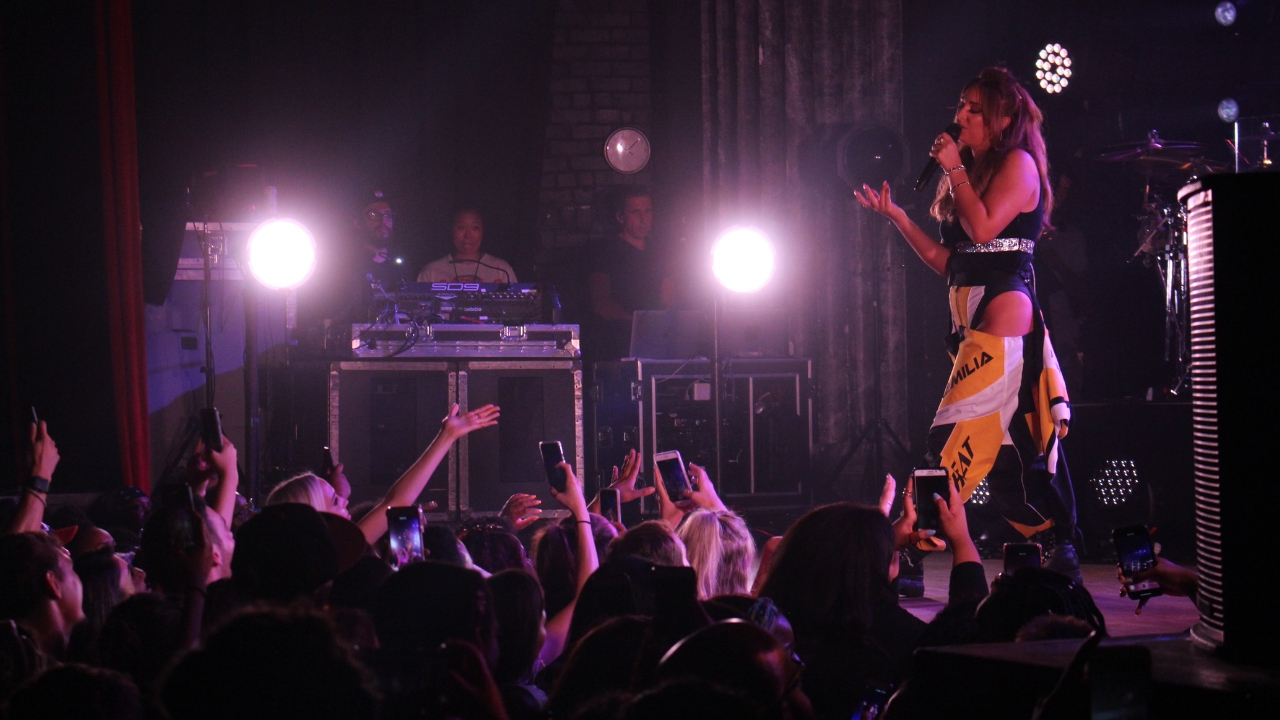