Barack Obama Goes All Out For His Presidential Center

Now, just because he’s no longer in office doesn’t mean he forgot about us.

Former President Barack Obama opened his arms to citizens in the United States, vowing to help reaffirm the greatness of the country during his term at the White House.  At present, him and his wife, Michelle Obama, have created a plan to help give back to the community.  They recently unveiled the architectural layout for their new project, The Barack Obama Presidential Center. The center will be located on the south side of Chicago in Jackson Park and is expected to be completed in 2021.  The Barack Obama Foundation partnered with The University of Chicago to help plan and build the establishment.  Based on the architectural design the Obama’s released, plans are set to illustrate a three building complex, including a library,  museum for exhibitions and education, auditorium, restaurant, public garden, and lastly, a recording studio.

“I could invite Chance the Rapper or Bruce Springsteen, depending on your tastes, to talk about how you could record music that has social commentary and meaning,” Obama told The New York Times.  “A studio where I can invite Spike Lee and Steven Spielberg to do workshops on how to make films.”

Throughout Barack Obama’s presidency he has been very open about his taste in music and film, therefore finding a way to reach the youth within the community by incorporating a recording studio in the center is a perfect idea.  Having the likes of many big names in the entertainment and music industry drop by to shed some knowledge, as well as words of wisdom, about a craft their passionate about will be very influential.

The Presidential Center is also said to be a huge economic development, generating lots of tourists towards the Jackson Park neighborhood of Chicago and creating thousands of job opportunities.  So if you live within the community and you’re looking for a job start fixing up your resume, as they may be looking to bring people on board for the project soon. 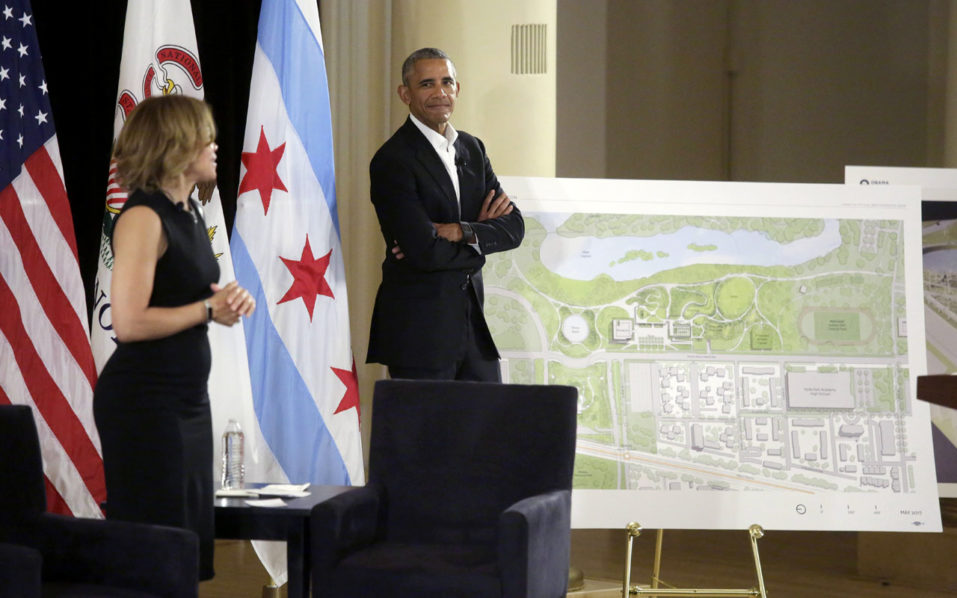