I’m not one to speculate because I hate getting into other people’s business, but Rihanna and A$AP Rocky are allegedly dating?!?!?! This news alone almost (not really) redeems what a trash year 2020 was. I have always seen Rihanna as an incredibly strong, badass, entrepreneurial, independent, and of course, fashionable woman, and it’s extremely hard to envision her with a man. This is simply because I don’t see or know of any man that even remotely reaches Rihanna’s level. She seems untouchable, and a monogamous, long term, committed relationship with a man almost seems out of character for her. Based on her music, her style, the way she carries herself, her personality/demeanor, and the countless interviews she has had talking about men, she strikes me as someone who tries men on, very much like a woman tries on a pair of shoes. You try the shoes on, you fall in love with them, you obsess over them and wear them all the time

for months, even years. You take pictures in them, you brag about them to your friends, and you take good care of them. But one day, you find another pair of shoes that you fall in love with, and those other shoes that you once loved just become part of your rotation of shoes. You go back to them occasionally, but you never wear/love them as you once did. This is how I see Rihanna – I feel like no man will ever truly be good enough for her. I think she is such a strong, independent, bold feminist, and I feel as though this is extremely intimidating for a lot of men, apparently not A$AP though. 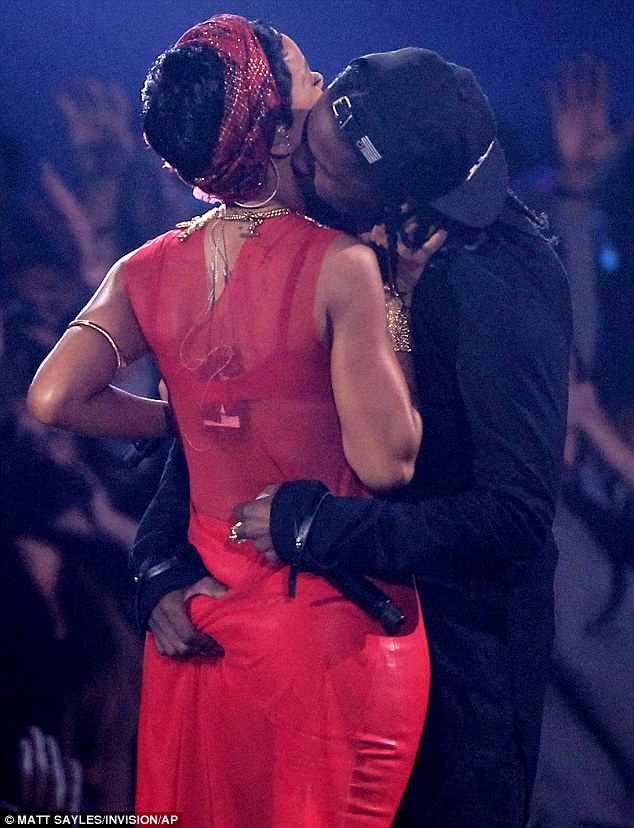 The two have been friends for almost a decade, and they first collaborated with one another in 2012. Rihanna featured Rocky on the remixed version of her song “Cockiness (Love it),” which is a song about sexually dominating your partner. They performed the song together at the 2012 MTV Video Music Awards. Since then, they have collaborated on many projects 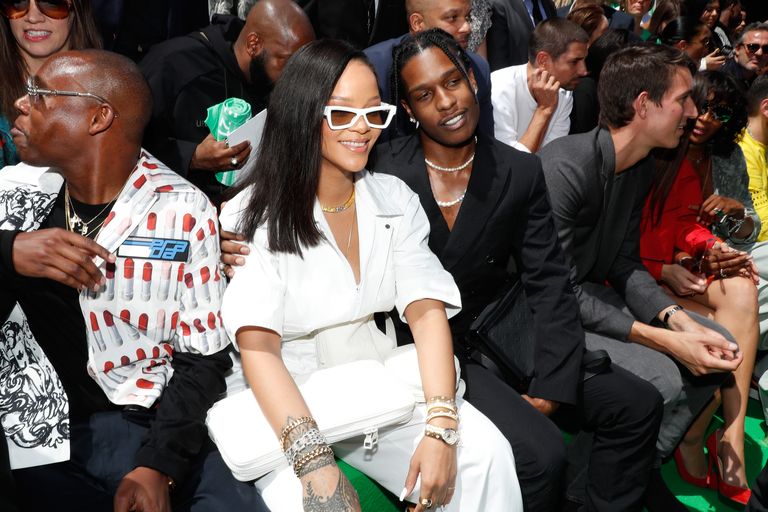 together, such as Rihanna’s Diamonds World Tour in 2013, another song together called “Fashion Killa” in 2013, attending a Louis Vuitton show together in 2018, and more recently, the British Fashion Awards in London in December 2019. In August of 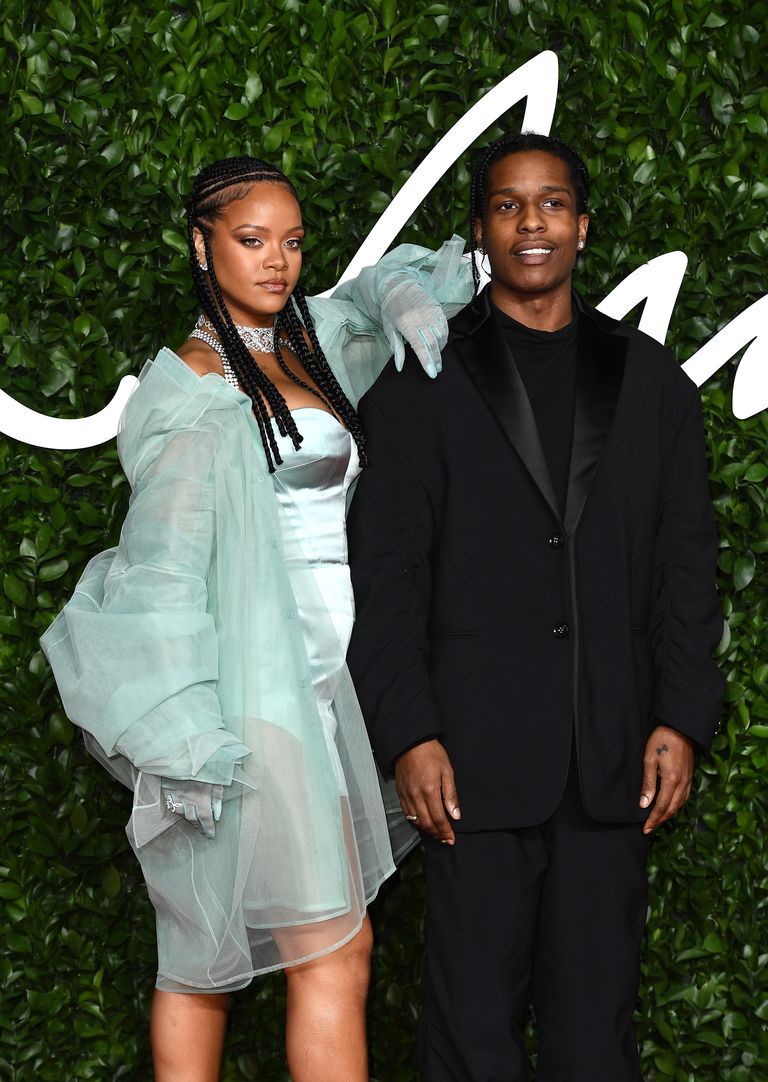 this year, they did videos together for GQ and Vogue, where they talked about skincare, in preparation for Rihanna’s launch of her skincare line, Fenty Skin. Although the interview is fun and playful, it feels intimate as well. A YouTube comment reads “I feel like I’m invading a personal

FaceTime.” Another comment reads “Drake about to start his own skincare line, Take Care.” A$AP and Rihanna clearly get along very well, they have collaborated with one another on numerous projects, and they have known each other for a very long time.

Rihanna dated Chris Brown up until 2009 when he admitted to assaulting her. She was then on and off with Drake until 2016, and more recently, she dated Saudi businessman, Hassan Jameel, before they broke up this past January. I quite like her and Rocky together. They both seem to have a certain nonchalance, cool, calm and collected air to them. They also both have ridi 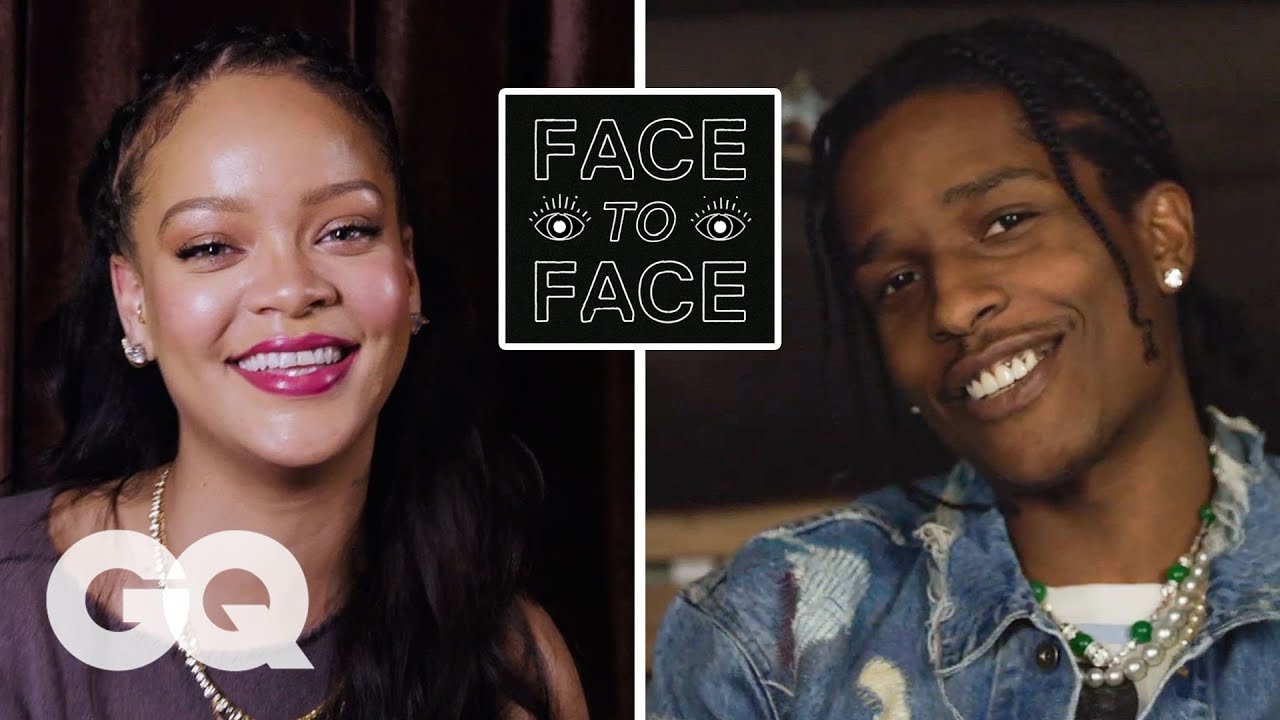 culously good styles, very similar music, and they seem to get along together very well. I wish nothing but the best for the new couple, and I’m excited to see this relationship blossom. It appears they have had an ongoing flirtation-ship with one another for years, and they have always denied rumors of dating. One of Rocky’s sources said that the rapper apparently has “always thought Rihanna was cool and gorgeous,” but did not ever cross the line because they were “very close friends.” I personally am glad they crossed that line because they seem extremely compatible.