Rick Ross is known for being a boss and he has proved to us, yet again, that he still holds that title with his latest big purchase.

On Oct. 22, the boss himself revealed that he bought 87 acres of land in Fayetteville, Georgia for $1 million. In the photo posted on Instagram, Rick Ross stood in front of the property sign with the realtor holding a “sold” sign. 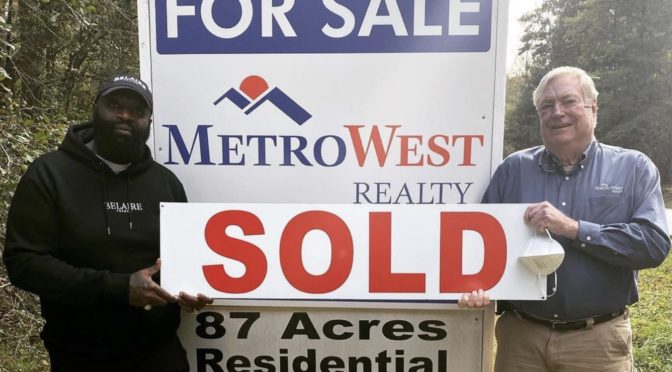 As of now, it’s unknown what the rapper is going to do exactly with the property, but it comes with two houses that could be used for rentals, or Ross to live in.

The caption from the announcement photo read, “Promise Land just got BIGGER,” which was a reference to Ross’ home is just a few miles away from the new property. Ross’ mansion includes 45,000 square-foot with 109 rooms — 12 bedrooms and 21 bathrooms — a movie theater, indoor and outdoor pool, and a bowling alley.

Recently, the rapper welcomes the Men’s Health Magazine “to the Promise Land” for a Gym and Fridge segment that can be found on YouTube. In the clips shown on Rick Ross’ Instagram, he showcases his diet, which inspired him to change his ways and his gym route.