While it is not the birthday gift that one would expect to receive, it is definitely a thoughtful one. Kim Kardashian celebrated her 40th birthday on October 21st, along with receiving a unique gift from her husband—a hologram of her deceased father, which she revealed to the public on October 29th via Twitter. Kim posted the video recording of her father in hologram form speaking to her.

For my birthday, Kanye got me the most thoughtful gift of a lifetime. A special surprise from heaven. A hologram of my dad. ✨🤍 It is so lifelike! We watched it over and over, filled with emotion. pic.twitter.com/jD6pHo17KC

Kim noted that this gift from Kanye was “the most thoughtful gift of a lifetime” and “a special surprise from heaven” in the Tweet.

Kim’s father, Robert Kardashian, was displayed speaking to Kim as if he was looking down upon her from heaven. “Happy birthday Kimberly. Look at you, you’re 40 and all grown up,” Robert’s hologram said.

“I watch over you and your sisters and brothers and the kids every day,” he continued. “You are the most, most, most, most amazing mother to your four beautiful children, and they are perfect.”

While the hologram and acting seem quite realistic overall, Kanye’s choice of words gives away that he wrote the script that Robert was speaking. “Kimberley, you are married to the most, most, most, most, most, most, most genius man in the world,” Robert’s hologram voiced at one point. Regardless, the gift was memorable for Kim. In the Tweet’s caption, Kim thanked Kayne greatly for this memory that will last a lifetime.

Attorney Robert Kardashian was known for defending O.J. Simpson’s murder trial back in the 1990s but unfortunately passed away at the age of 59 in 2003, when Kim was just 22 years old. 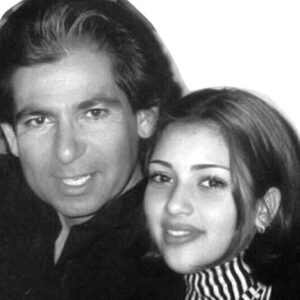 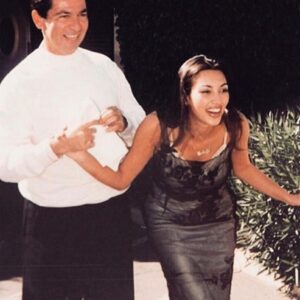