The LOX member, Jadakiss, will be releasing his album IGNATIUS, named after his close friend and business partner, Jay Jackson, who passed away from Cancer. The New York native has also partnered up with the nonprofit, Fuck Cancer, to create an event that includes fundraising and the new music.

Jadakiss told HipHopDX that the relationship between him and Jackson was meaningful and more like family than friends.

“He gave me a bunch of some probiotics to take, he gave me a regimen for workout … he made sure that I stopped eating meat,” Jada told HipHopDX. “I stopped eating bad, and I was just on the right path. Then he died on me. It was a shock to my life.”

In the interview, he also mentioned that the album was in the works while he was still alive and there were a few tracks that they had planned to include on the new album. Once Jackson passed, Jadakiss wanted to dedicate the whole album to him and changed up the idea of the project to find closure. The LOX member added that he also wanted to give some proceeds to Jackson’s children.

The event will be hosted in New York City, where attendees purchase a Fuck Cancer T-Shirt for $40 to enter. The shirt can also be purchased online, where you’ll find different options of colors and sizes. 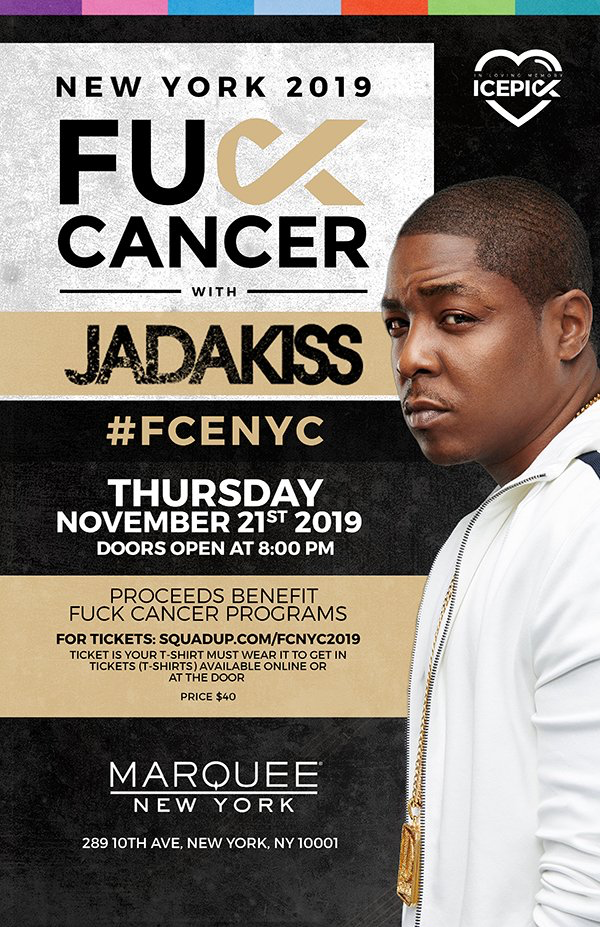