Remember Rachel Dolezal? Dolezal is a civil rights activist who sparked media frenzy last year after her Caucasian parents exposed her for posing as a black woman for years. In her memoir In Full Color, she will explain “the discrimination she’s suffered while living as a black woman.”

Dolezal stepped down from her position last year as a chapter president of the NAACP (National Association for the Advancement of Colored People). Her parents told the whole world that Rachel Dolezal changed her appearance and hid her roots of her biological family from her life.

Dolezal gave an announcement of her book via Instagram. She gave a preview of the book on the book’s Amazon Page.

“What determines your race? Is it your DNA? The community in which you were raised? The way others see you, or the way you see yourself?

On June 11, 2015, the media “outed” Rachel Dolezal as a white woman who had knowingly been “passing” as black. When asked if she were African American during an interview about the hate crimes directed at her and her family, she hesitated before ending the interview and walking away. Some interpreted her reluctance to respond and hasty departure as dishonesty, while others assumed she lacked a reasonable explanation for the almost unprecedented way she identified herself.

With In Full Color, Rachael Dolezal describes the path that led her from being a child of white evangelical parents to an NAACP chapter president and respected educator and activist who identified as black. Along the way, she’ll discuss the deep emotional bond she formed with her four adopted black siblings, the sense of belonging she felt while living in black communities in Jackson, Mississippi, and Washington, D.C., and the discrimination she’s suffered while living as a black woman.

Her story is nuanced and complex, and in the process of telling it, she forces us to consider race in an entirely new light—not as a biological imperative, but as a function of the experiences we have, the culture we embrace, and, ultimately, the identity we choose.” 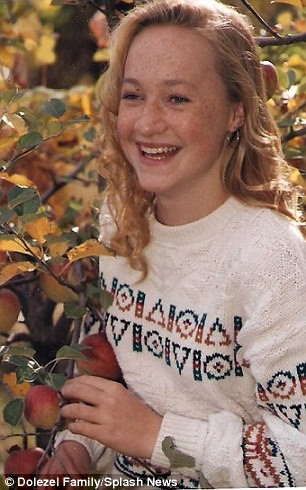 According to theGuardian.com, because of media attention, Dolezal lost her job teaching African studies at Eastern Washington University. She also lost her position as chair of the Spokane police ombudsman commission.

In an interview with theGuardian.com, Dolezal stated that many people didn’t want to associate with her due to the controversy surrounding her name. She went on to add that people act as if they are in disgust with her and that it’s hurtful.

The book will be available in stores in March 2017. Those who would like to read the memoir can pre order at the link below.