This flawless full lace wig was installed by @arrogant_tae123 who is racking in over 446k followers on Instagram. The Atlanta hair guru announced that the hair came from KYche Extensions. 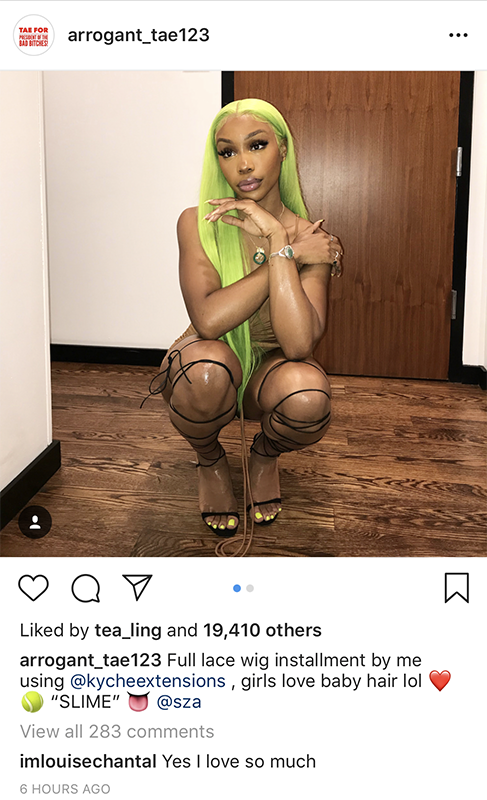 If you are looking to pull off this look, check out online hair boutiques such as Herimports, Divatress,  and Kendra’s Boutique. We are not certified hair stylists and there are plenty more hair companies that can perform this service.

We highly recommend doing as much research as possible before choosing the hair company that is best fitting for you. 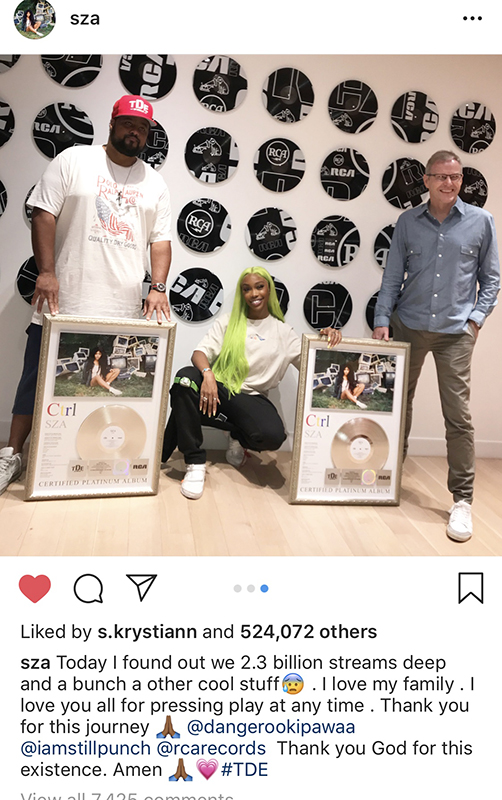 “Today I found out we 2.3 billion streams deep and a bunch a other cool stuff,” says singer-songwriter SZA.

SZA has a bright future ahead of her especially from the backing of TDE and her fans! We would not be surprised if the green-haired beauty had some more surprises for us to see.